Russia’s finance minister takes a pro-Bitcoin stance and wants banks to sell cryptocurrencies. Analysts predict a bullish breakout in Bitcoin with pro-crypto regulations and taxation policy in India and Russia.

The Russian government is pro-Bitcoin and in favor of establishing legislation for cryptocurrency. President Vladimir Putin backs the government’s efforts in regulating cryptocurrencies, despite criticism from the Bank of Russia.

Dmitry Chernyshenko, deputy prime minister of Russia, has signed a new roadmap valid until the end of the year. The document outlines Bitcoin regulation, identification of crypto clients and establishment of liabilities in Russia.

Recently, India brought Bitcoin and cryptocurrencies into the fold of taxation, taking a step closer to regulating digital assets. 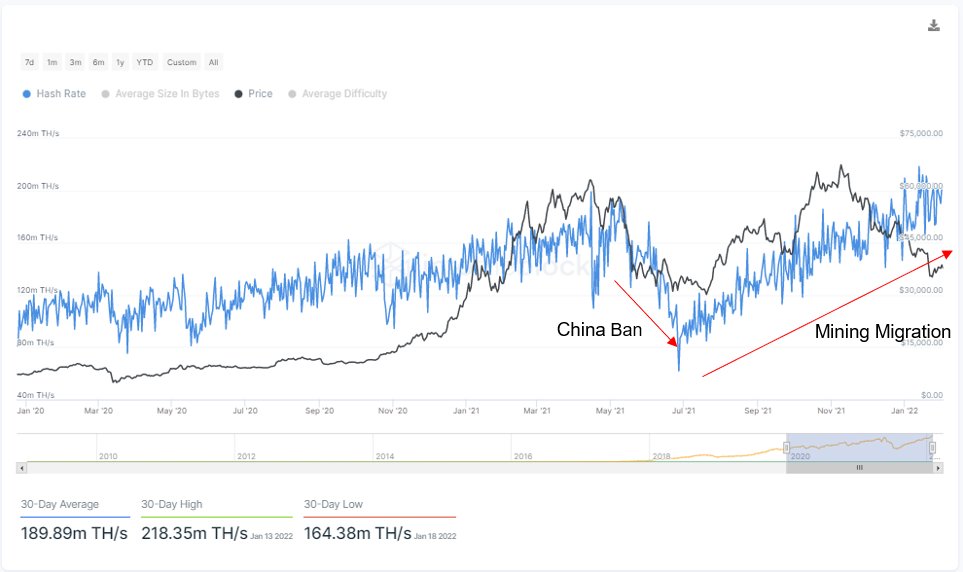 In addition to hashrate hitting a new high, experts have observed miner accumulation. Miners have been accumulating Bitcoin since July 2021. Historically, accumulation by miners has had a bullish impact on Bitcoin price.

Accumulation pulls Bitcoin out of circulation, fueling a supply shortage and a bullish narrative for BTC. @BITCOINTRAPPER, a pseudonymous analyst and trader, has evaluated the Bitcoin price trend and noted that Bitcoin had been this oversold on the daily RSI twice in recent history.

Both times have been significant turning points in Bitcoin price history. The daily RSI is similar to where it was during the December 2018 price drop and the March 2020 bloodbath. An explosive Bitcoin price rally followed both instances.

$BTC has only ever been this oversold on the daily RSI twice in recent history & both were SIGNIFICANT turning points in this bullrun. Dec 18 crash, march 2020 crash & now pic.twitter.com/UQBWceAipa

FXStreet analysts predicted that Bitcoin price could continue its relief rally towards $43,000.