Bitcoin (BTC) is giving its best performance after reclaiming $50,000 last week. A failed attack on the monthly R1 resistance level at $53,000 made BTC roll over and dipped lower. Several technical levels got taken out in that descent. With that break, the lower base formed a descending bearish triangle that has been going on for six consecutive days now.

Bitcoin price formed a triangle around $48,000 and is descending since, keeping BTC pressured to the downside with three firm retests from buyers along the way. Sellers have the upper hand though. With lower highs and price action getting squeezed against $44,800, it is just a matter of time before the real test of the triangle base will occur at $44,088.

Added into the mix is the 55-day Simple Moving Average (SMA) at $44,886. Usually, that should be a supporting factor. With this start of the new trading week, however, it is already being chopped up quite a lot. Do not expect any importance further down the line from this SMA for the coming days.

Expect first a retest of the baseline at $44,088 with a bounce up again toward the red trend line. That will be the final queue for sellers to add their total volume behind this trade and go in for the kill. 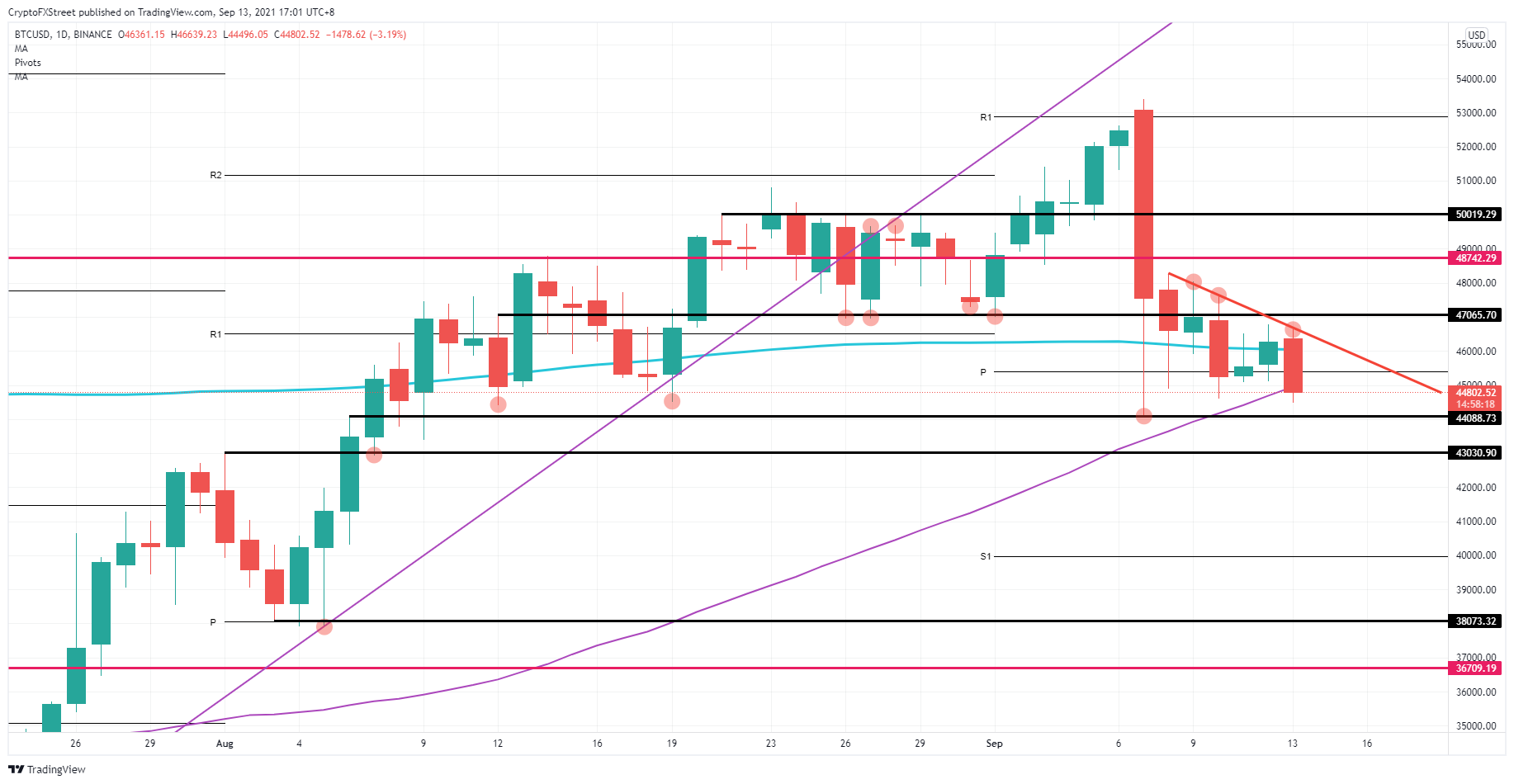 The squeeze will be a break lower, with profit-taking at $43,030. That level goes back to August 1 and is quite substantial. Price action got broken to the upside on August 6 in an apparent break-up and got retested for support the day after. This is quite an excellent level for a second test to the upside. Sellers will find it difficult here to keep their trade. Once Bitcoin bounces off that level at $43,030, expect a run-up again in an attempt to break the red descending trend line of the triangle.

If sellers keep pushing Bitcoin further downward, expect the first meaningful level to arrive at $38,073. That is quite far away, but if headwinds keep prevailing after last week, with global market sentiment further negative, expect this as a possible outcome.