Bitcoin price shows lackluster performance despite the announcement of BlackRock’s entry into crypto. Due to the spotlight on Ethereum and its upcoming Merge update, investors seem to be neglecting BTC, which could explain its slow and sideways movement.

However, this could take a turn, in terms of volatility, as bears take control due to this fractal formation that forecasts a steep correction.

Bitcoin price fractal in formation mentioned above revolves around the 30-day Exponential Moving average (EMA). The last time BTC broke above this above EMA, it rallied roughly 13% and set a local top at $24,296.

The undoing of this move took place over the next five days and consisted of forming a double top at $22,999 and a swift breakdown of the 30-day EMA, leading to another leg down. This price action occurred over the course of eight days and involved a complete undoing of gains.

The fractal seems to be repeating yet again, but this time around, when BTC breached the 30-day EMA, it set a local top at $24,565, which is the midpoint of the 42% that occurred between April and June 2022.

A double top formation at $23,666 is the only move that is left to complete the fractal. Once this double top is formed, the chances of an eventual decline will increase. In such a case, at least based on historical data, Bitcoin price could revisit $21,440, which will fill the price inefficiency. 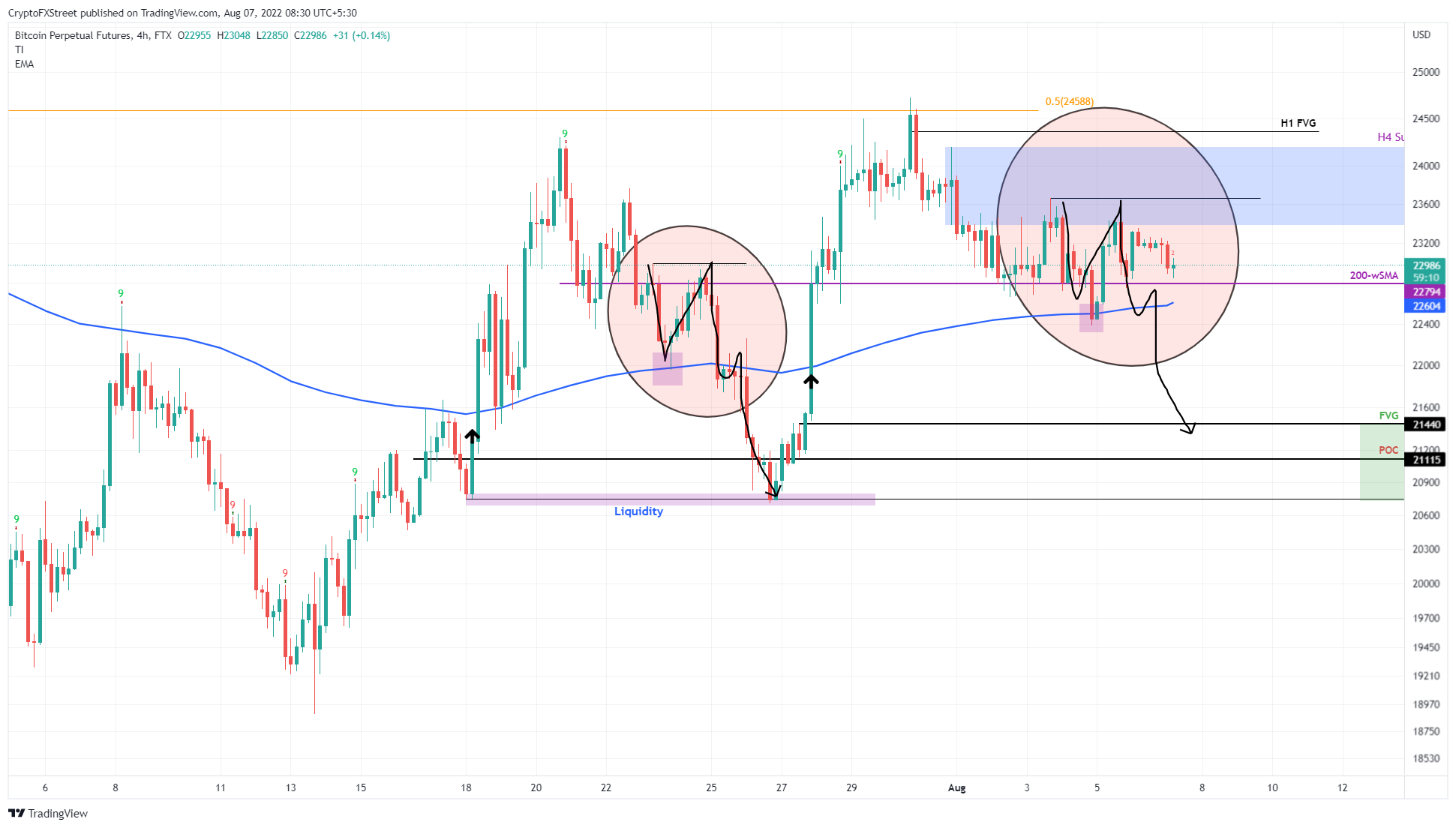 On the other hand, if Bitcoin price breaches through the $23,666 resistance level, it will invalidate the fractal. The bearish thesis, however, will face invalidation if BTC produces a daily candlestick close above $24,565 and flips it into a support floor.

The new marketplace allows the prestigious auction house to carry out auctions and sales on the Ethereum blockchain “from start to finish.” After a series of successful high-priced nonfungible token (NFT) sales, Christie’s has launched its own dedicated NFT.