Bitcoin price is currently around $31,200 after another critical recovery from $29,241. So far, BTC hasn't closed below $30,000 since breaking it out, making this level extremely strong. However, despite defending this point, Peter Brandt still thinks Bitcoin price could fall towards $25,000.

In his latest analysis, trading veteran and influencer Peter Brandt starts by saying that nobody really knows where Bitcoin is headed next. However, during the 2015-2017 bull run, there was a pattern that was repeated several times.

History question for the #Cryptotwitterites of the world
Does anyone remember this Jan 8, 2018 Tweet, just before the parabolic advance was broken?
A derivative of the BHLD is the Hump..Slump..Pump..Dump.
It takes really old traders to come up with chart names such as this. pic.twitter.com/gcm2nsbq18

Bitcoin had several 30% or more corrections and Brandt discerned a pattern called Hump, Slump, Pump and Dump (HSPD). According to Brandt, this pattern was seen several times during the last bull rally and it seems to be happening again. 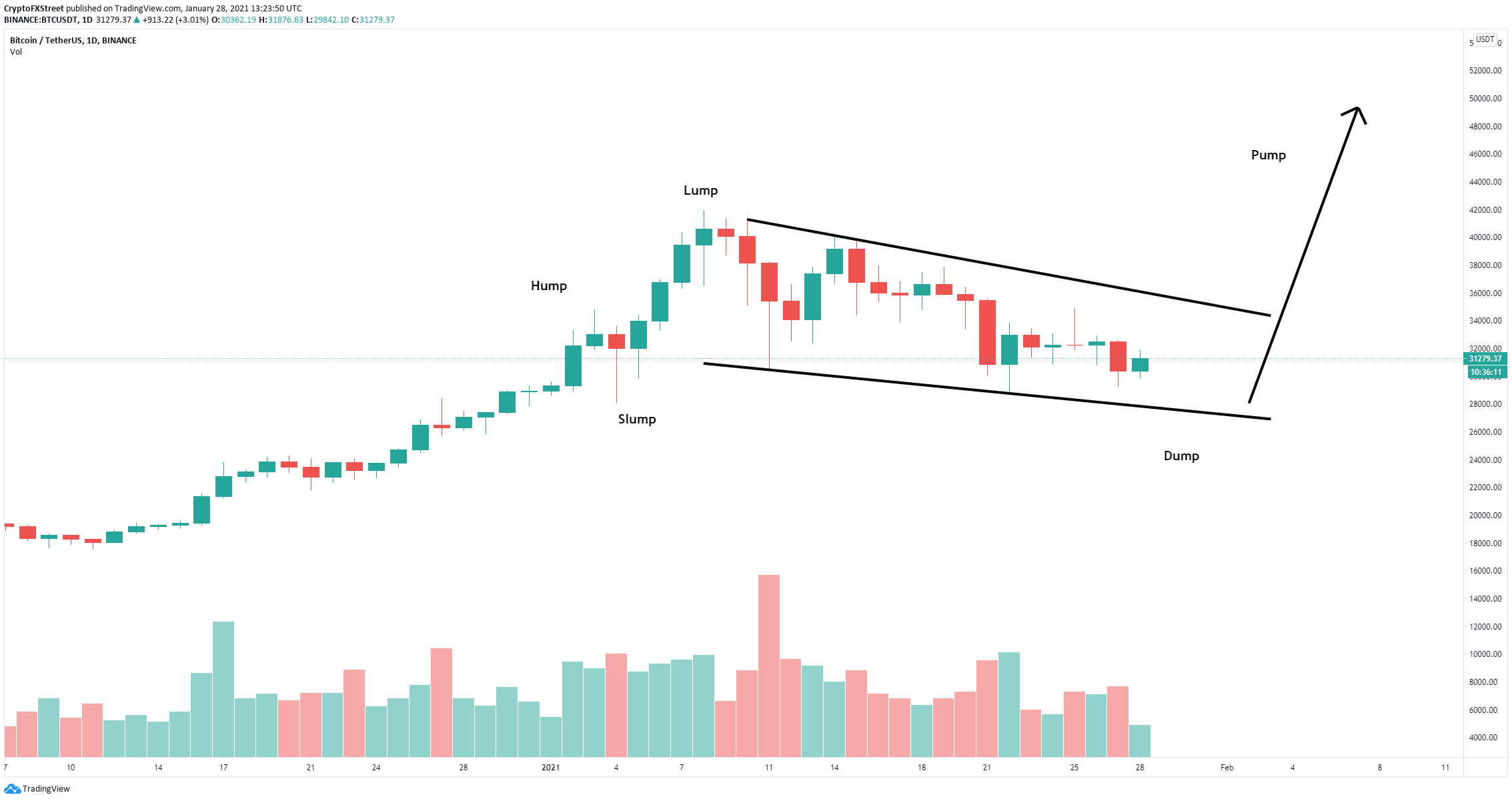 According to the HSPD pattern, the Slump was formed at $25,343. Another low below this point would fulfill the Hump-to-Dump sequence. Peter Brandt also added that:

In fact, a low and close today below the Jan 21 close would flip the Daily Trend Model to down. As I have also pointed out over the past two years, the Factor Daily Trend Model is fickle during congestions, turning UP near the upper end of a trading range and DOWN near the bottom of a trading range. A decline to below the Jan low would represent a 34% correction, in line with the nine 30%-plus corrections during the 2015-2017 bull run.