The BTC space continues to surprise and bewilder critics and fanatics alike. Kazakhstan, the network’s second-most important BTC mining country, experienced an internet blackout last week due to civil unrest. However, the hash rate faltered no more than 13.4% before regathering to reach all-time highs.

As shown in the data below from Glassnode, with the price checking into the $42,000 range on Thursday, the mean hash rate hit 215 million terahashes per second. 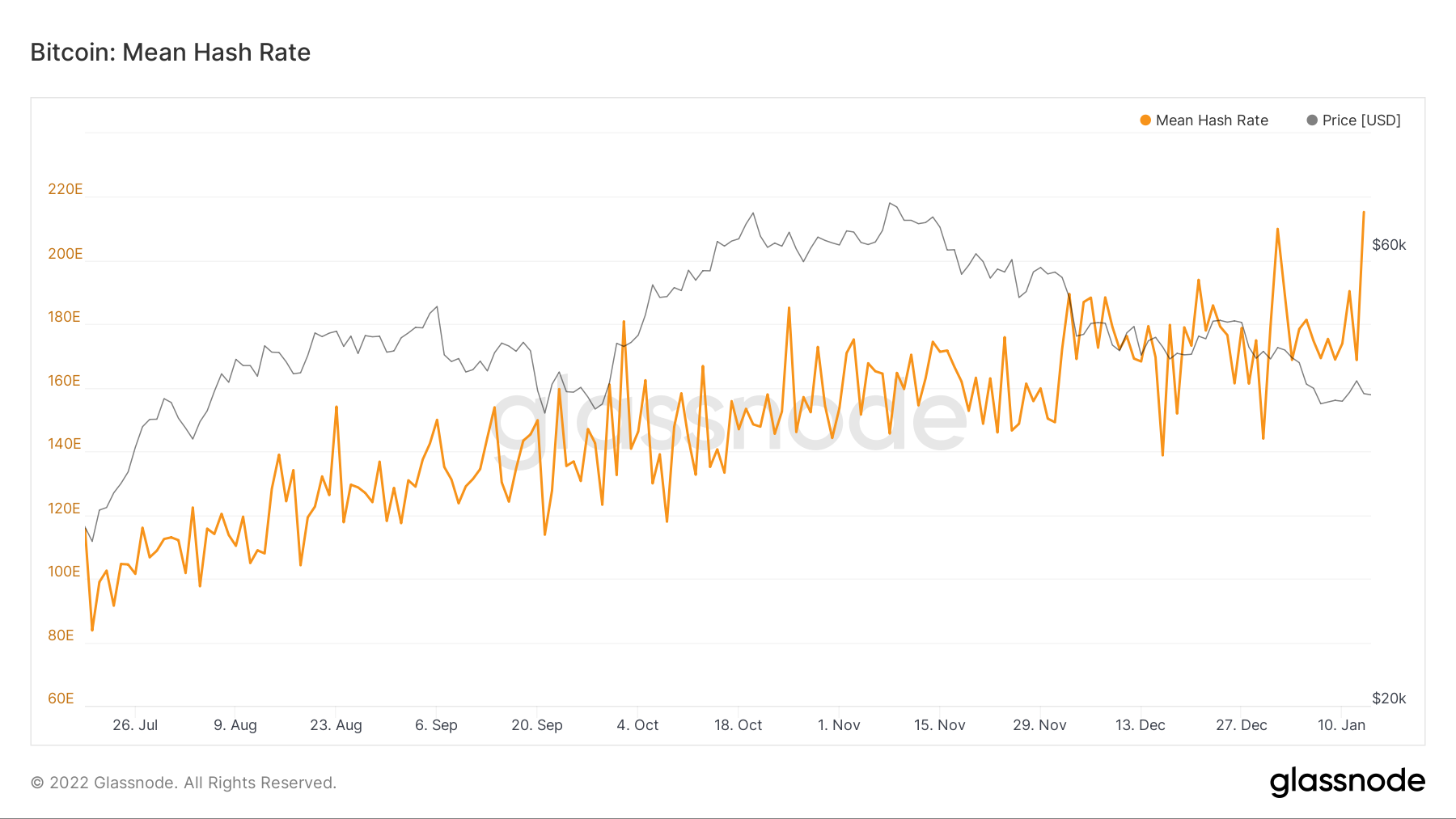 Bitcoin miners continue to show resilience, and as Fidelity Digital Assets observed, the network is even “more widely distributed around the world.”

Cointelegraph previously reported that Block would develop open-source Bitcoin mining systems in 2022 based on job postings on LinkedIn. On Thursday, Dorsey confirmed the hunch, retweeting comments made by Thomas Templeton, a general manager at Block.

In the Twitter thread, Templeton addressed issues relating to the availability, reliability, performance and products pertaining to BTC mining. In sum, Block’s goals for BTC mining are the following:

“We want to make mining more distributed and efficient in every way, from buying, to set up, to maintenance, to mining. We’re interested because mining goes far beyond creating new bitcoin. We see it as a long-term need for a future that is fully decentralized and permissionless.”

Building a BTC mining system “out in the open” and alongside the community is no mean feat. Econoalchemist, an established home BTC miner and BTC magazine contributor, tweeted that developing products in open source would “build trust where no reputation exists currently and also might shift consumer expectations in that direction.”

Ultimately, Block’s mining solutions may pave the way for more DIY miners to enter the space.

It seems the sky’s the limit for Bitcoin’s hash rate. Well, at least until the next 2,016 blocks, when the network difficulty resets.