The Bitcoin (BTC) and Ethereum (ETH) markets opened the week to an active hurdle between the buyers and sellers as conflicting interests fuel increasing volatility. While the current market outlook is falling short of the bullish momentum recorded over the weekend, Bitcoin is paring off some of its gains in condescension to the market bears.

Ethereum is fighting for balance after hitting a new All-Time High (ATH) earlier today. For Bitcoin, the market sentiment at the time of writing is slightly bearish as Ethereum strives to steady its gait amidst impending sell-offs.

Bitcoin is currently exchanging hands at $60215.0, up 1.12% according to data provided by the CEX.IO price feed. The anticipation of the public debut of major cryptocurrency exchange Coinbase has been inked as a win for Bitcoin as it represents the flagship innovation upon which the entire industry is built. However, investment in either Coinbase shares or Bitcoin may stir a split of interest amongst institutional and retail investors alike. 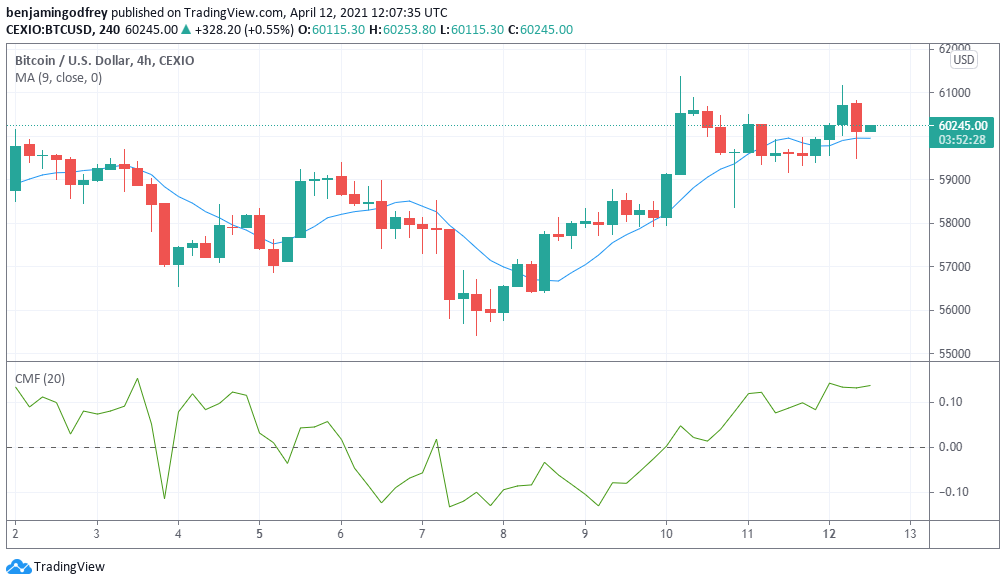 The position of the broader market investors is a bit divisive as shown in the 4-hour BTC-USD chart on TradingView shown above. The small bullish candle forming at the tail end of the chart is eroding the drag-down effects of the previous bearish candle. This rejection of the bear pressure is unstable at present and though the short-term Moving Average indicator is bullish alongside the Chaikin Money Flow indicator, the bears may force a close below the $60,000 support zone. However, resistance by the bull may retrace the course and set the price close to $61,500 in the coming days.

At present, Ethereum is generally seeing a healthy retracement as shown in the ETH-USD 4-hour chart below. A concentration of selling activities at the $2,120 point will push the price back below the $2,100 support. This may however serve as a springboard for a break above $2,200 in the near term. 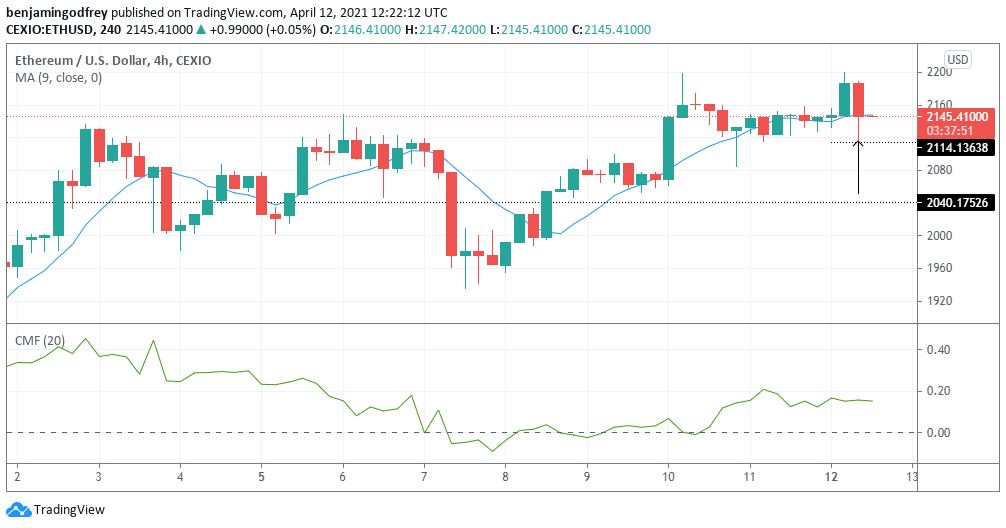