A weakening Bitcoin presence could give altcoins the moonshot they have waited for three years.

Bitcoin (BTC) revisited recent lows near $52,000 on Thursday as sustained weakness continued for the largest cryptocurrency. 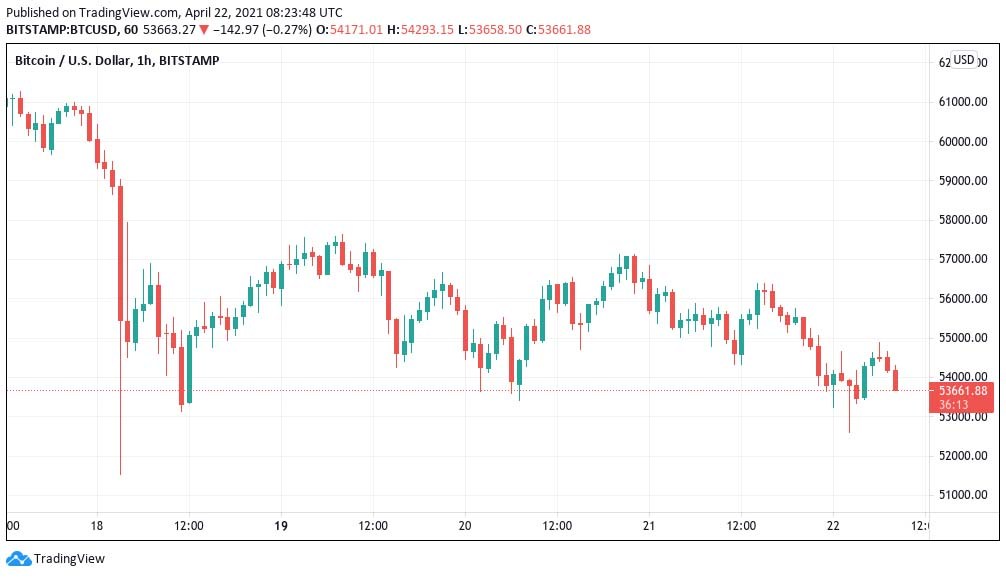 Cointelegraph Markets Pro and TradingView revealed a lackluster day for BTC traders as BTC/USD briefly dipped below $53,000 before stabilizing around $1,000 higher.

The move came as Bitcoin was about to lose its market cap dominance supremacy to altcoins in what traditionally marks the “real” start of the “alt season.”

Charts from on-chain monitoring resource CoinMarketCap showed that as of Thursday, Bitcoin’s share of the overall cryptocurrency market capitalization stood at just 50.1%.

Having decreased sharply this year despite its own price gains, Bitcoin’s market cap share versus altcoins looked set to break through support, which has held for over three years.

Looking at historical behavior, each time Bitcoin loses the 50% mark, altcoins rapidly move in to pick up the slack, often led by Ether (ETH).

The reshuffling thus sparks an altcoin run that truly fits the description of an “alt season” — rapid gains to a peak followed by a cooling-off period as Bitcoin regains some lost ground. This was the case in both mid-2017 and early 2018.

Should history repeat itself, it would be music to the ears of altcoin investors, many of whom have long claimed that an “alt season” is already underway but has yet to show its true colors.

A race to the top this time around could surprise even them, meanwhile, as many altcoins have already put in unbelievable performances in 2021.

At the time of writing, Ether in particular was showing no signs of weakness in the face of fresh wobbles for BTC/USD, gaining 6% in 24 hours to approach $2,500 once again.

Others were less optimistic, with the top 50 cryptocurrencies mostly down on the day.

Dogecoin (DOGE), previously the star of the show, continued its slip after hitting all-time highs of $0.44 on some exchanges. DOGE/USD was already down 40% versus the high on Thursday. 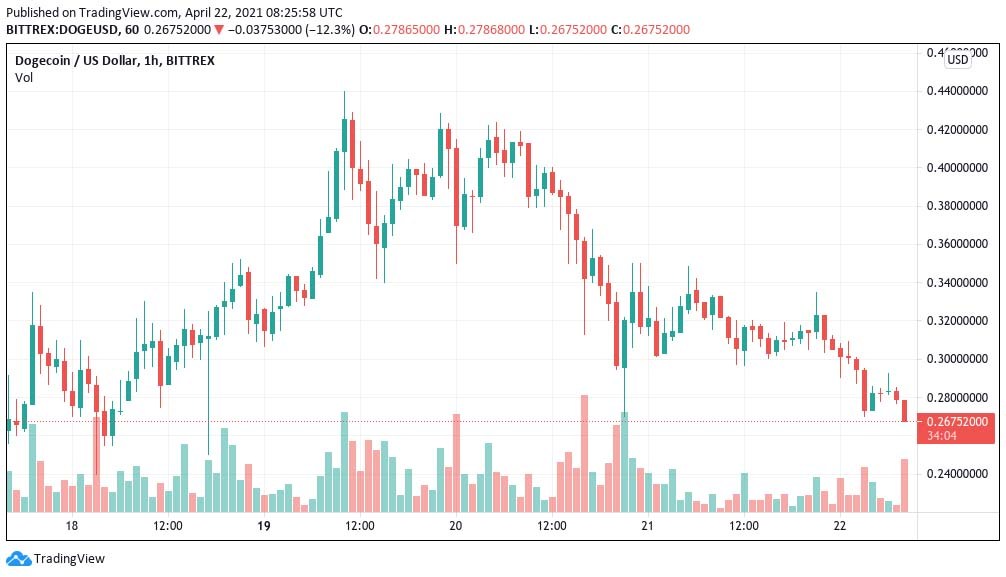 Dogecoin Price Prediction: DOGE positions itself for rally that may never come

Dogecoin price seems to have formed a bottom as it set up a higher low at $0.30 on June 12. Overcoming the resistance level at $0.328 and setting up a higher high above $0.355 could begin the upswing. However, the buyers’ inability to push past the immediate supply barrier at $0.328 or $0.367 might result in a reversal.

Goldman Sachs is looking to expand its crypto offerings beyond BTC as institutional adoption continues. The investment bank intends to offer options and futures in Ether in the coming months. The head of digital assets at the firm stated that clients are banking on current price levels following the recent downswing.

XRP price is forming an inverse head-and-shoulders pattern, which projects a 603% rally to $5.53. Social volume for the remittance token has hit 42, a level last seen in early April before the start of the bull run.