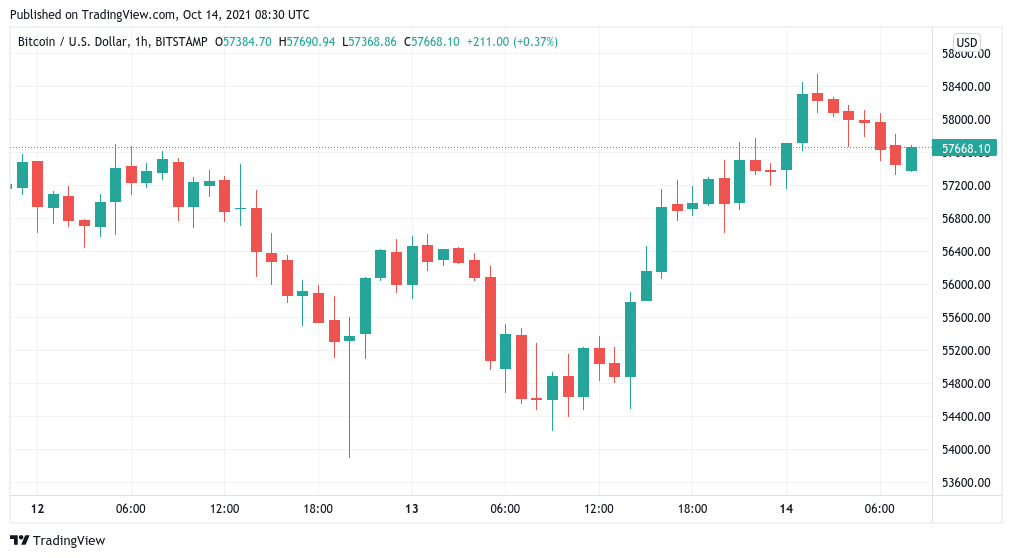 Data from Cointelegraph Markets Pro and TradingView tracked BTC/USD as it reversed towards $57,000 after hitting highs of $58,540 on Bitstamp.

The moves mimicked the first time Bitcoin had attacked $58,000 in February — several attempts interspersed by consolidation, followed ultimately by a run to April's all-time highs.

Despite on-chain indicators showing that Bitcoin is a different beast in Q4, however, the mood was just as bullish this time around.

Cementing $50,000 as support — albeit for a second time in 2021 — would form a clear signal on the market trajectory as pundits gear up for what they expect to be an explosive end to the year.

For trader and analyst Rekt Capital, however, there was potential cause for concern this week. Zooming out, BTC/USD has failed to close a weekly candle above $60,000, and a repeat performance could likewise spell a copycat correction

That leaves bulls until Sunday to crack a historical watermark, something which may still be helped before Monday's approval decision on a futures-based exchange-traded fund (ETF).

Altcoins meanwhile saw brief respite from weakness in the face of "Bitcoin Season."

The exception was Polkadot (DOT), up 28% in a week on news that its auctions would finally begin next month — a key original feature five years in the making. 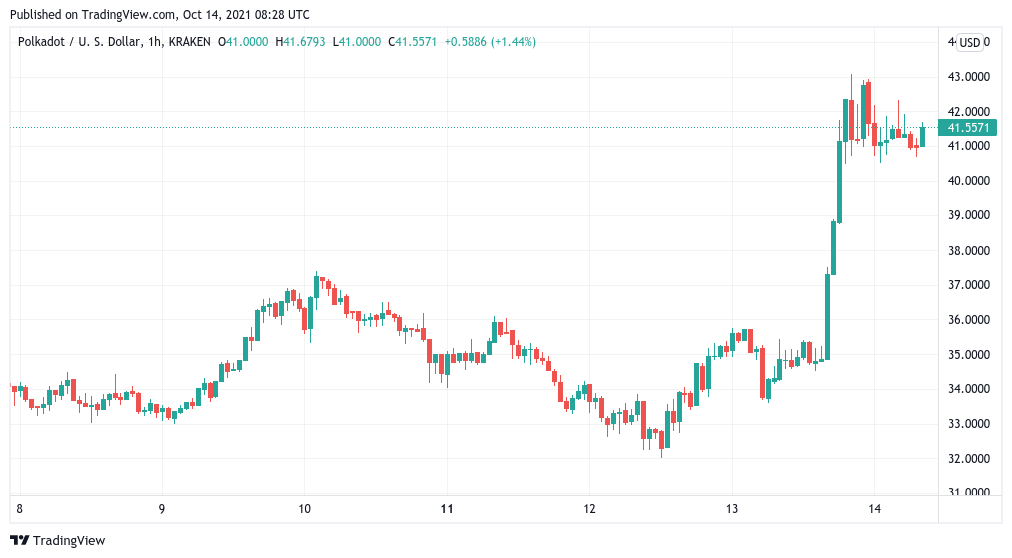 The largest altcoin Ether (ETH) managed 5.3% daily gains, with all of the top ten cryptocurrencies by market cap trading higher on the day as Bitcoin slowed.