Cryptocurrency traders use SEPA to transfer large sums of money onto exchanges through its network that supports quick and easy payments in Europe. There are currently 36 countries that use SEPA who will now be unable to use the system to deposit fiat into Binance.

Binance stated in an email to users that starting at 8 am GMT on July 7. Customers will no longer be able to deposit funds through SEPA, adding that the halt was also temporary.

The leading crypto exchange said that the move was temporary due to “events beyond our control.” Binance added that the platform is “working hard” to resolve the issue and find a solution with their partners.

SEPA withdrawals have not been affected, and Binance further stated that deposits via the payment integration initiative would be active again within seven working days.

Binance has already faced challenges in Europe, as deposits through the United Kingdom’s Faster Payments network have also been halted over the past week.

The UK’s financial watchdog, the Financial Conduct Authority, has slammed Binance for operating in the country without a license. Following the regulator’s announcement, one of the major banks in the country, Barclays, has also stopped supporting credit and debit card payments to the exchange.

Despite the regulatory hurdles Binance has faced in the past few weeks, including the warnings from authorities in Japan and Ontario, Canada, BNB price has continued to recover.

Binance Coin price has sliced through the diagonal resistance trend line on July 6, restricting upward momentum since early June. BNB has secured the 50 twelve-hour Simple Moving Average (SMA) as support and is heading toward the 100 twelve-hour SMA as its next target at $335. 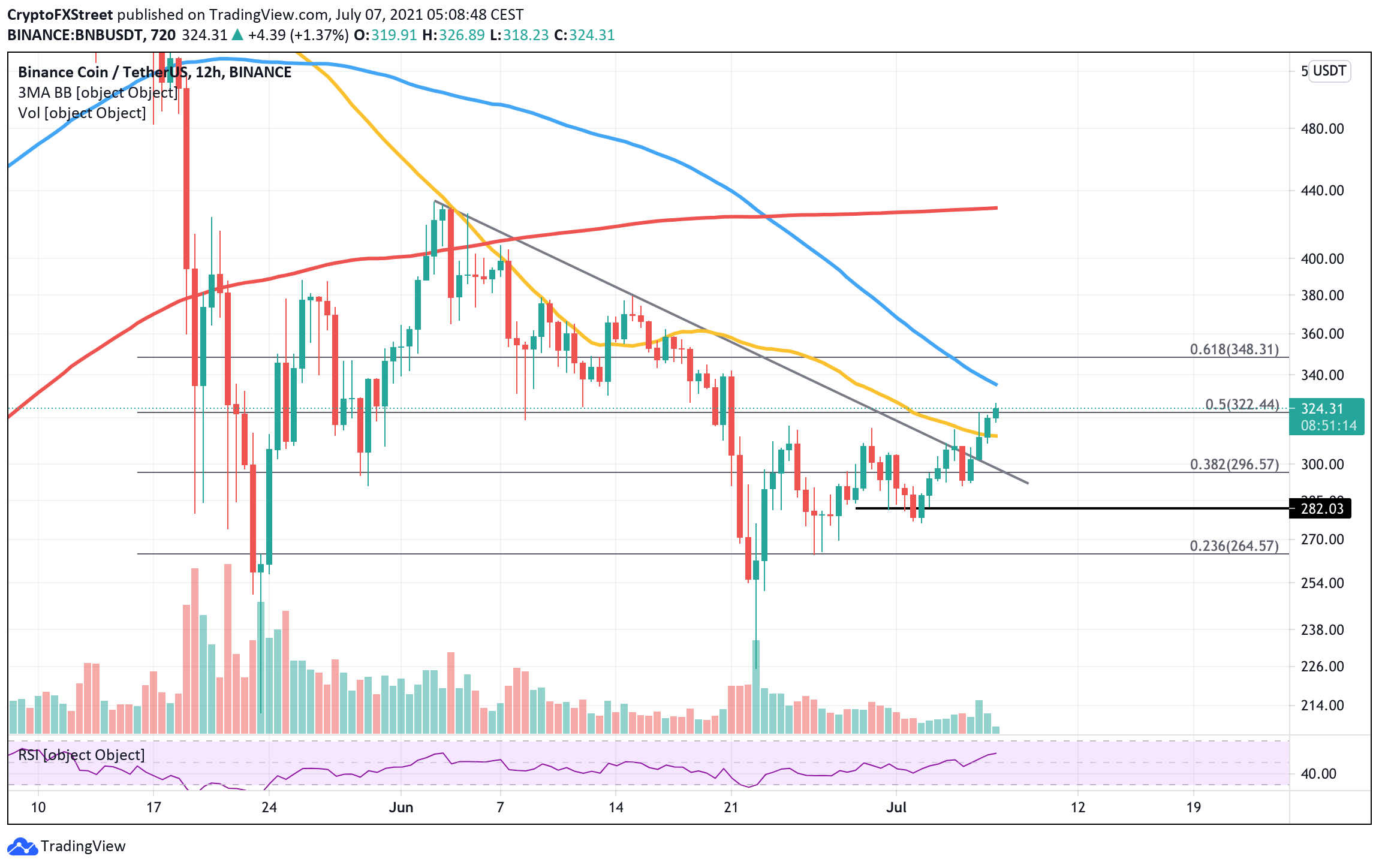 BNB price must close above the 50% Fibonacci extension level to further confirm accelerating interest. Should Binance Coin suffer from increased selling pressure, support can be found at the 38.2% Fibonacci retracement level at $296, coinciding with the aforementioned declining resistance line.