Yesterday was a quiet, positive day. It was an easy day for most assets, although they are getting renewed, positive attention. Today, Barclay's LTD announced the creation of a crypto market negotiation board, another row in the list of financial businesses using cryptos. Each new such initiative supports their validity as value change tool.

Bitcoin moved downwards yesterday, trading below $8,100 most of the day. A usual strategy used to get rid of weak positions without damaging the price. Below, there are still yesterday's supports, the main one on the closing price of $7,980. A strong support stands at the 200-SMA and 50-EMA, $7,700. In the bearish extreme, a price range between $7,300 and $7,400. 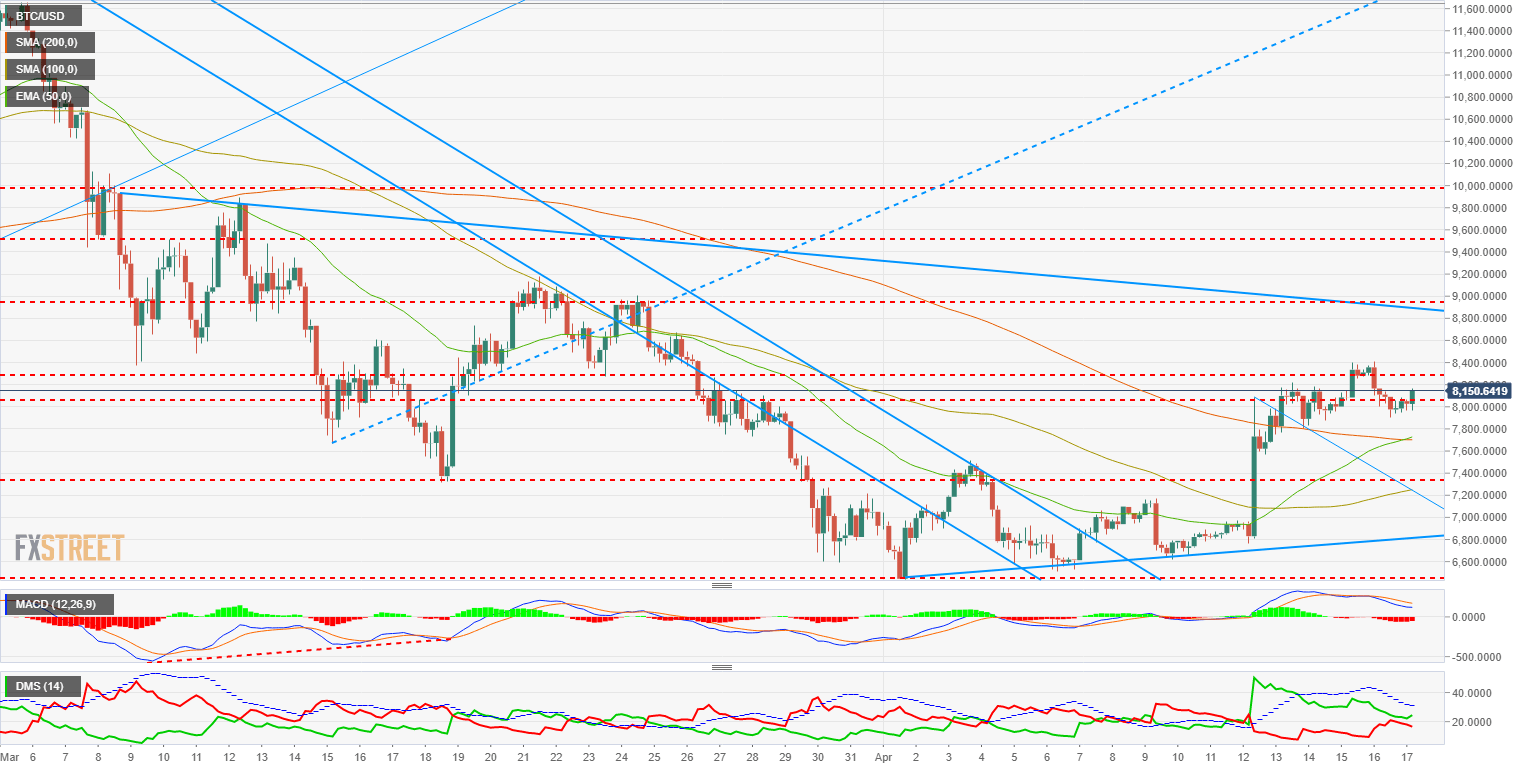 The 240 min MACD keeps adjusting the height, but it shows the possibility of a new surge in the late European session.

The Directional Movement Index also shows a small purchases upturn. Sales are still below but close, although a sudden change could yield control to sellers. 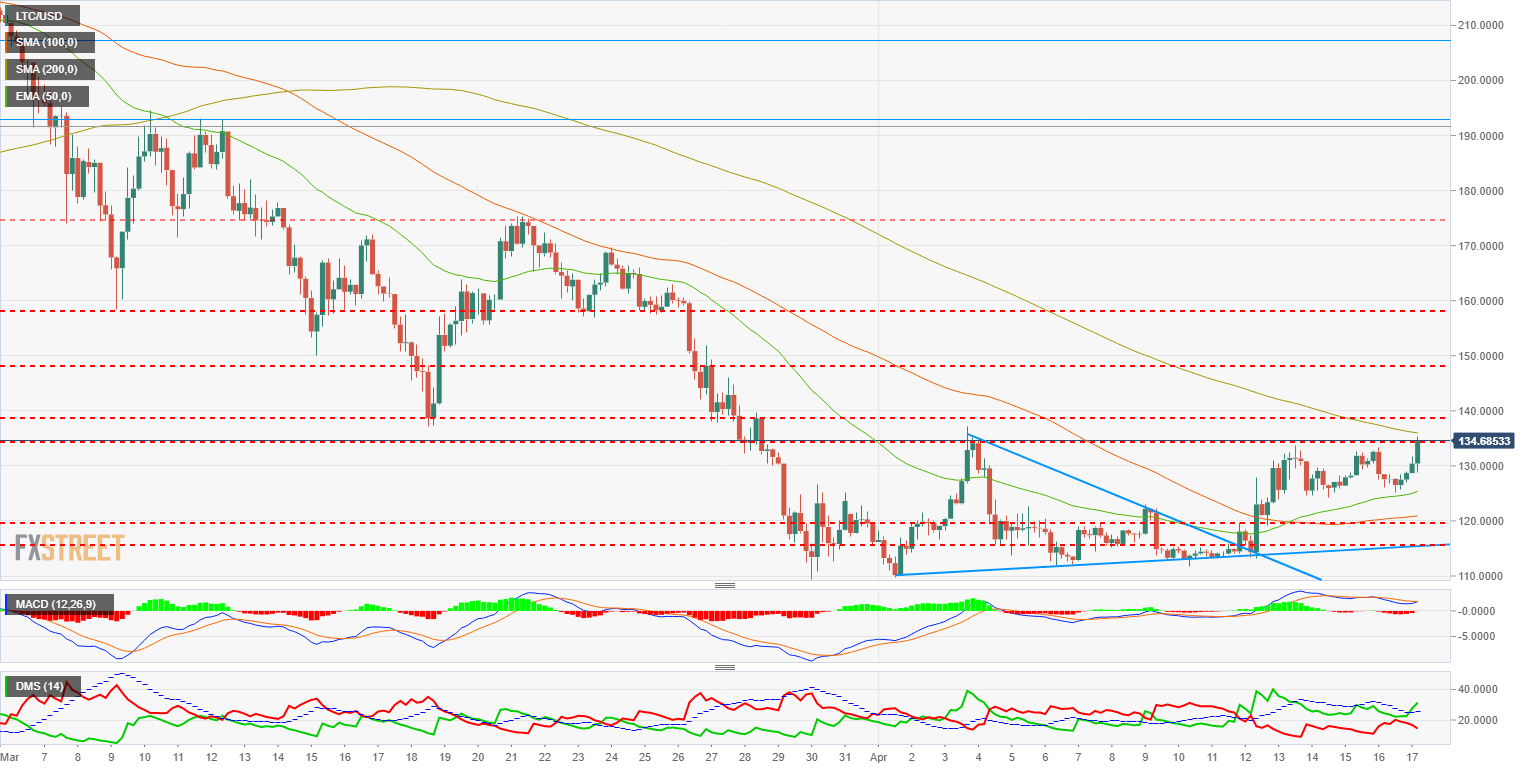 The 240 min MACD is similar to Bitcoin's. Divergent profile that shouldn't be an obstacle for a bullish continuation, but only a structural weakness sign.

The Directional Movement Index is positive for Litecoin, with the D+ breaking to the upside the ADX while sellers retreat.

Ripple followed a similar path to Bitcoin's, consolidating its current level with some bearish walk to get rid of weak hands. It now moves below the support, while the moving averages develop rising slopes and adapt to the new setting. 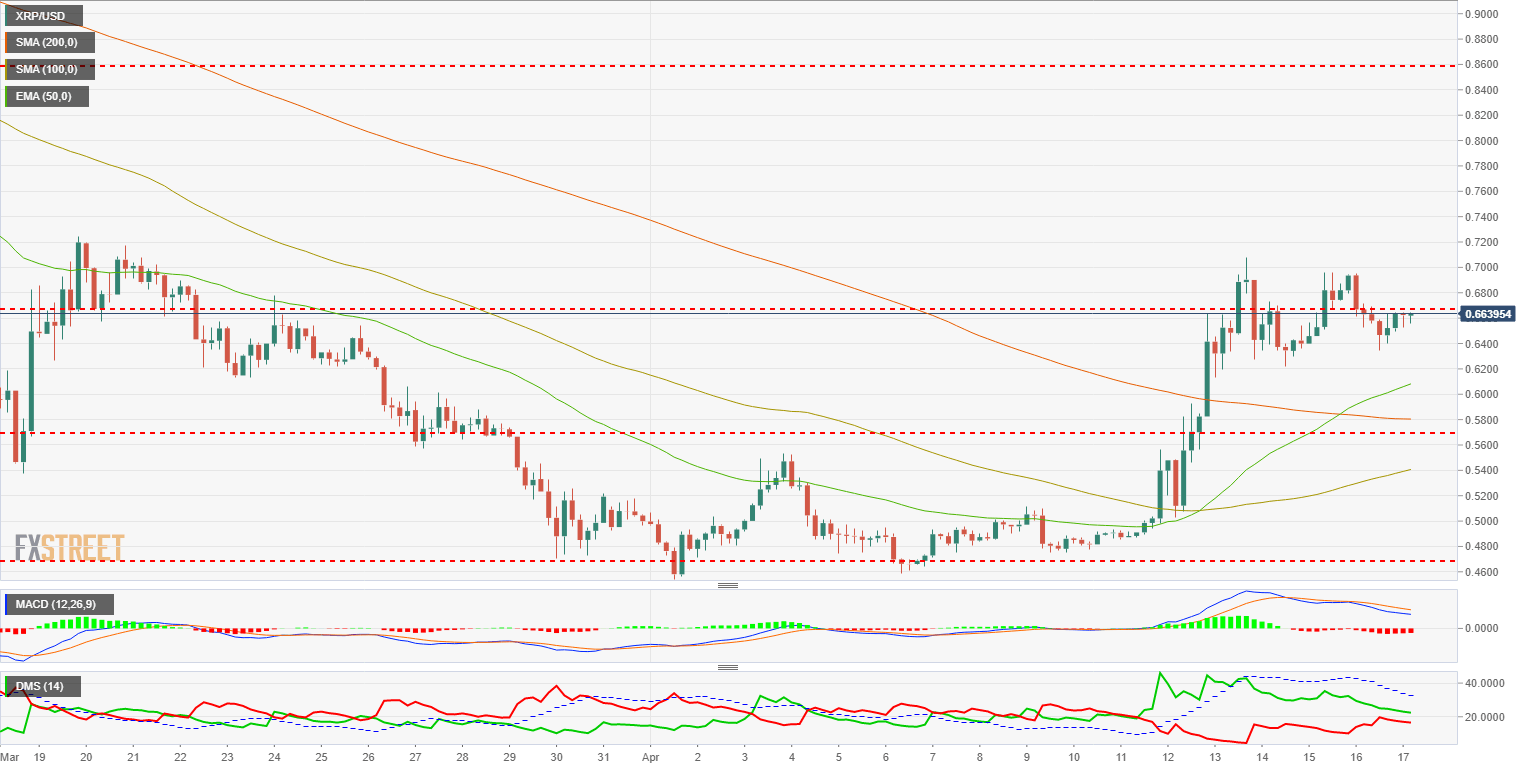 The MACD mimics Bitcoin's and Litecoin's, with hopes of a new upside cross that wouldn't reach the recent maximums. Bullish continuation with weakness signs if the move is not wide enough.

In the Directional Movement Index, the D+ can't reach past the ADX but shows a rising reaction. Sellers decrease slightly and can't get to the 20 mark. The ADX comes with the price rises, after a decreasing trend. 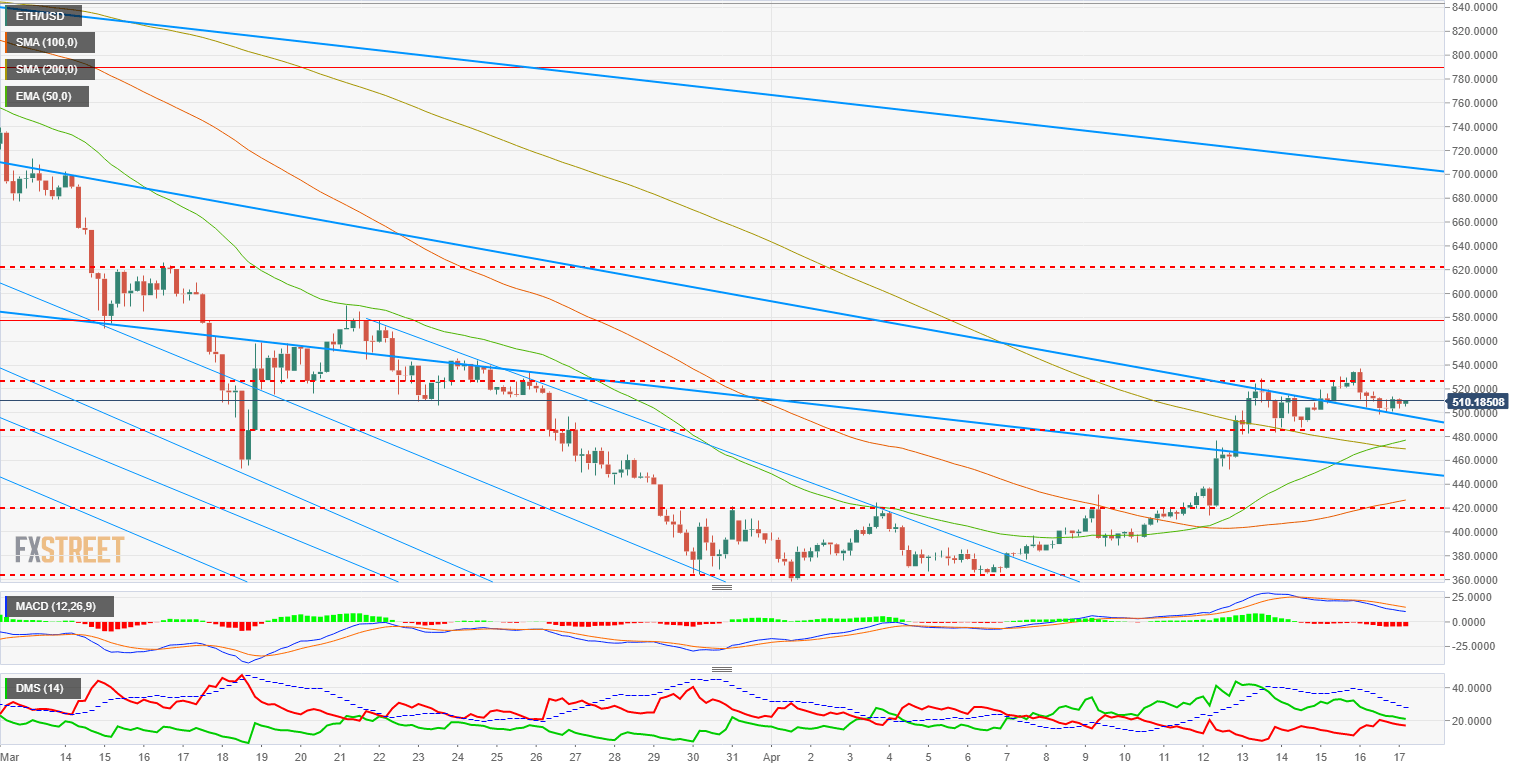 The MACD and its predictions are identical to the rest.

The 240 min Directional Movement Index is the weakest of all 4 assets. In spite of buyers having control, their volume is too low and the ADX doesn't react either. Indicator to look at in the next sessions.