The average transaction fees on the Bitcoin (BTC) blockchain fell below $1.00 for the first time in over two years, further strengthening its use case as a viable mainstream financial system.

While the Bitcoin ecosystem has also endured its fair share of high transaction fees in the past, timely upgrades — including the Lightning Network and Taproot — guarantee faster and cheaper transactions over time. As of Monday, the average Bitcoin transaction fees fell down to $0.825, a number last seen on June 13, 2020.

Average Bitcoin transaction fees over the past 3 years. Source: Blockchain.com

In addition to timely upgrades, the drop in transaction fees can be attributed to multiple factors, including falling market prices and lower mining difficulty. However, the difficulty of mining a new BTC block sees a steady recovery as miners gain access to cheaper hardware while recovering from the prolonged chip shortage. 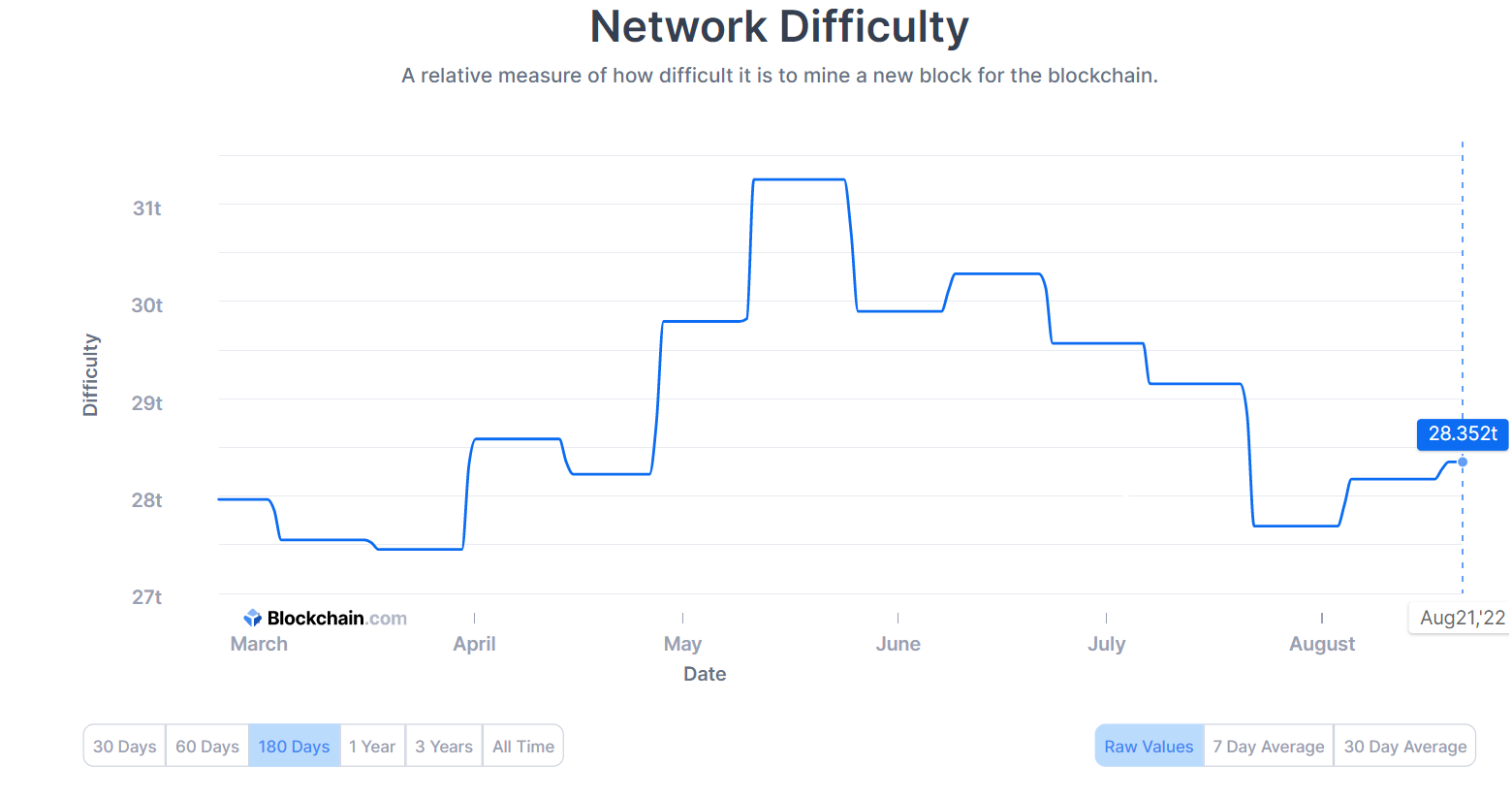 As seen above, August also marked the end of the three-month-long downfall of network difficulty — recovering back to 28.351 trillion from its freefall. Thanks to consistent community efforts, the Bitcoin network continues to display telltale signs of a healthy financial system.

Although users expect every network upgrade to reduce gas fees and transaction speeds, not all upgrades are built to serve the same purpose. For example, the most anticipated Ethereum upgrade, The Merge, will not reduce gas fees.

As explained by the Ethereum Foundation:

The Merge deprecates the use of proof-of-work, transitioning to proof-of-stake for consensus, but does not significantly change any parameters that directly influence network capacity or throughput.

The Merge upgrade involves joining the existing execution layer of the Ethereum mainnet with the Beacon Chain, effectively eliminating the need for energy-intensive mining.