AVAX price dropped as much as 17% during the Wednesday trade session. Extreme selling pressure early in the US AM trading session pushed many cryptocurrencies into massive double-digit percentage losses. However, AVAX has recovered over half of that loss but remains below a collection of essential support zones.

AVAX price action has been a source of frustration for those on the long side of the market. Since falling below the rising wedge on September 28th, AVAX continued to drop lower and lower. Feelings of excitement returned when AVAX broke out above the Cloud simultaneously with the Chikou Span close above the candlesticks, creating an Ideal Bullish Ichimoku Breakout entry. However, bulls were unable or unwilling to capitalize on bullish sentiment and technicals.

A robust collection of Ichimoku levels all exist within the $63 value area: the Tenkan-Sen, Kijun-Sen and Senkou Span A. Below those three levels, the next Ichimoku support is Senkou Span B at $48. Senkou Span B shares its support level with the 50% Fibonacci ratio and a high volume node in the volume profile. So that is likely to be a strong support zone if AVAX fails to hold $63. 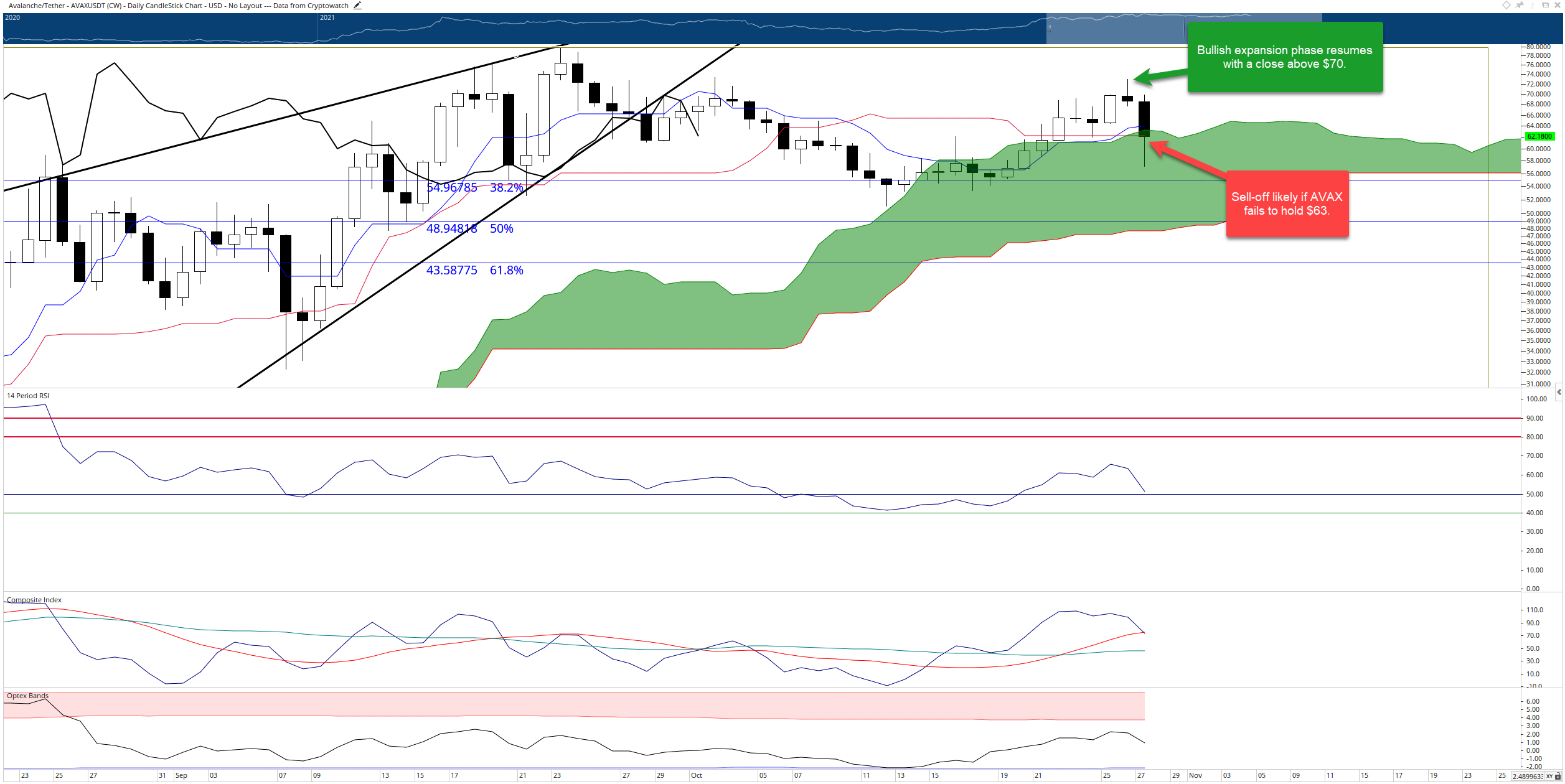 This short bias will be invalid if AVAX returns and closes at or above the $70 level. That would put the current close back above all Ichimoku levels, and the Chikou Span would be above the candlesticks and in open space.