Ripple (XRP) price is returning with a hangover after a very short-lived party in which it rallied from $0.3043 to $0.3710, and booked 21% gains. Although bulls temporarily pushed the price above $0.3710, it turned out to be a false breakout, and eventually closed the day below, catching a lot of bulls in a bull trap in the process. Those long positions are now being dragged to the downside in a squeeze exacerbated by an overnight flare-up of geopolitical and macroeconomic tail risks.

Ripple traders did not sleep well when headlines hit social media that Sweden and Finland would be allowed to join NATO after Turkey withdrew its veto. On the back of those comments, a commitment was made to double the number of military forces on the eastern borders with Russia. Markets were immediately rattled, with equity indices shedding their profit, tanking near the closing bell, and dollar strength kicking in, making it a double headwind for Ripple price to face this morning.

XRP price has already declined from $0.3710 and lost roughly 10%, as a further continuation is inevitable with the dollar strength heading into a second trading day. More dollar strength will again squeeze any cash out of cryptocurrencies and see more flight to safe havens and cash, drying up the funding for XRP. Expect to see some nervousness around $0.3043 as a break below would open up room for a decline further towards $0.1737. 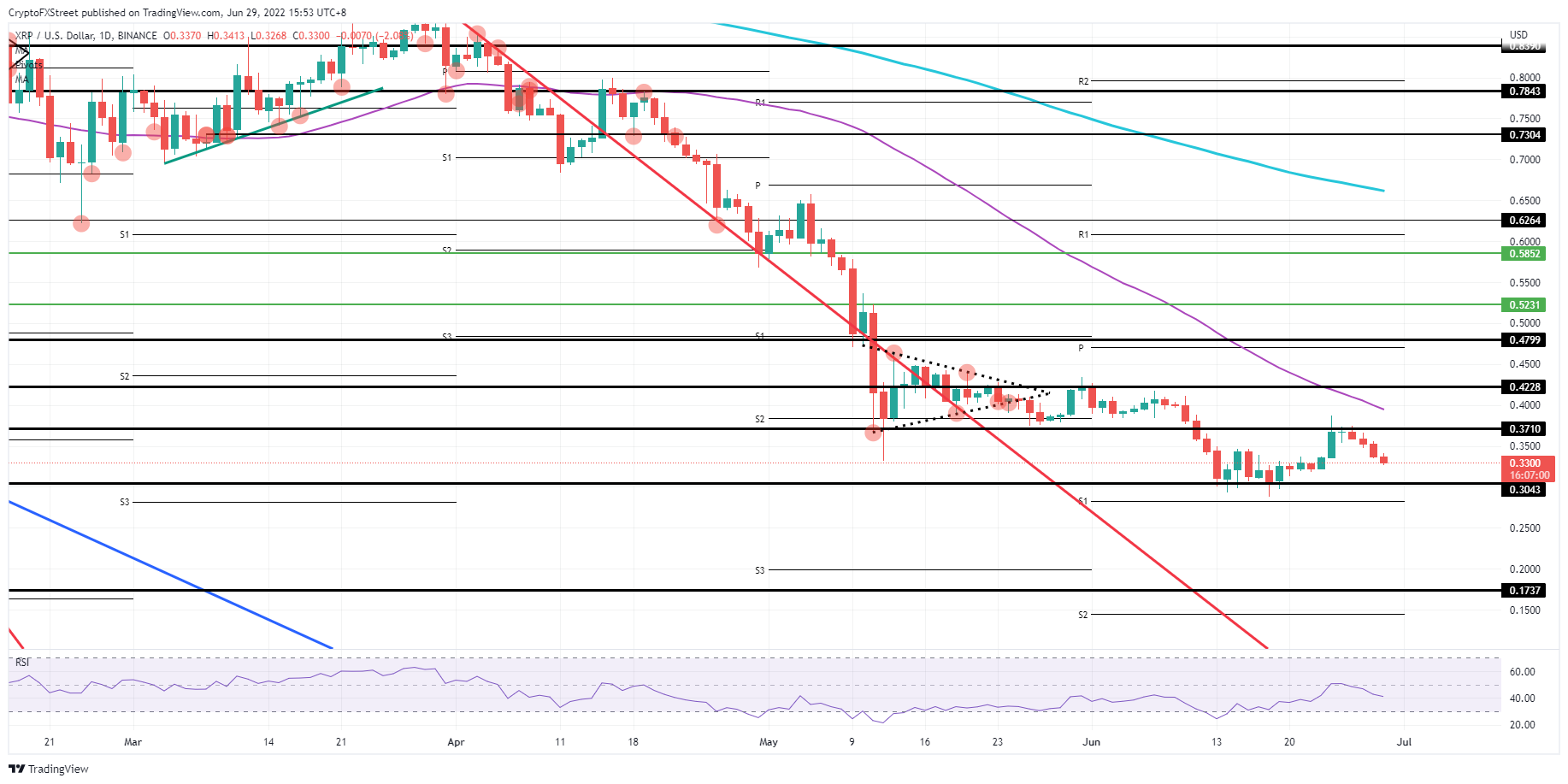 It is hard to look for a fundamental reason or element that would support cryptocurrencies. With these tail risks persisting, however, another soft patch like markets had last week or dislocation could provide some support. XRP price would then get some room to rally back to $0.3710 and possibly hit $0.4000 around the 55-day Simple Moving Average (SMA).

Ethereum’s mainnet Merge with the proof-of-stake Beacon Chain should happen sometime next month. The third and final test environment network (testnet) merge before the ETH blockchain makes its long-awaited move to proof-of-stake from proof-of-work has successfully been completed.