In the latest resignation contest of Aragon, Jorge Izquierdo, the company's former CEO, made a public statement on Twitter in regards to his exit. According to Izquierdo, a series of decisions were made by the Aragon Association, which he disagreed with and didn’t feel like he will do a good job anymore.

While I am leaving Aragon One, I will keep being an active member of the Aragon community

I also continue being a board member of the Association and I will keep trying to steer it in the right direction using any necessary means, pushing for its true decentralization ASAP

Just a few days prior on January 8, 2021, Maria Gomez, the Product, and Legal manager of Aragon also resigned citing the same reasons. The majority of the core team of Aragon has resigned in the past few weeks, pushing ANT price from a high of $3.9 down to $3.02.

Amazingly, despite all the resignations, ANT price remains quite stable at $3.33, which has been an average price in the past four months. Aragon price is still around 1,000% higher than its lowest point in November 2018 at $0.30. 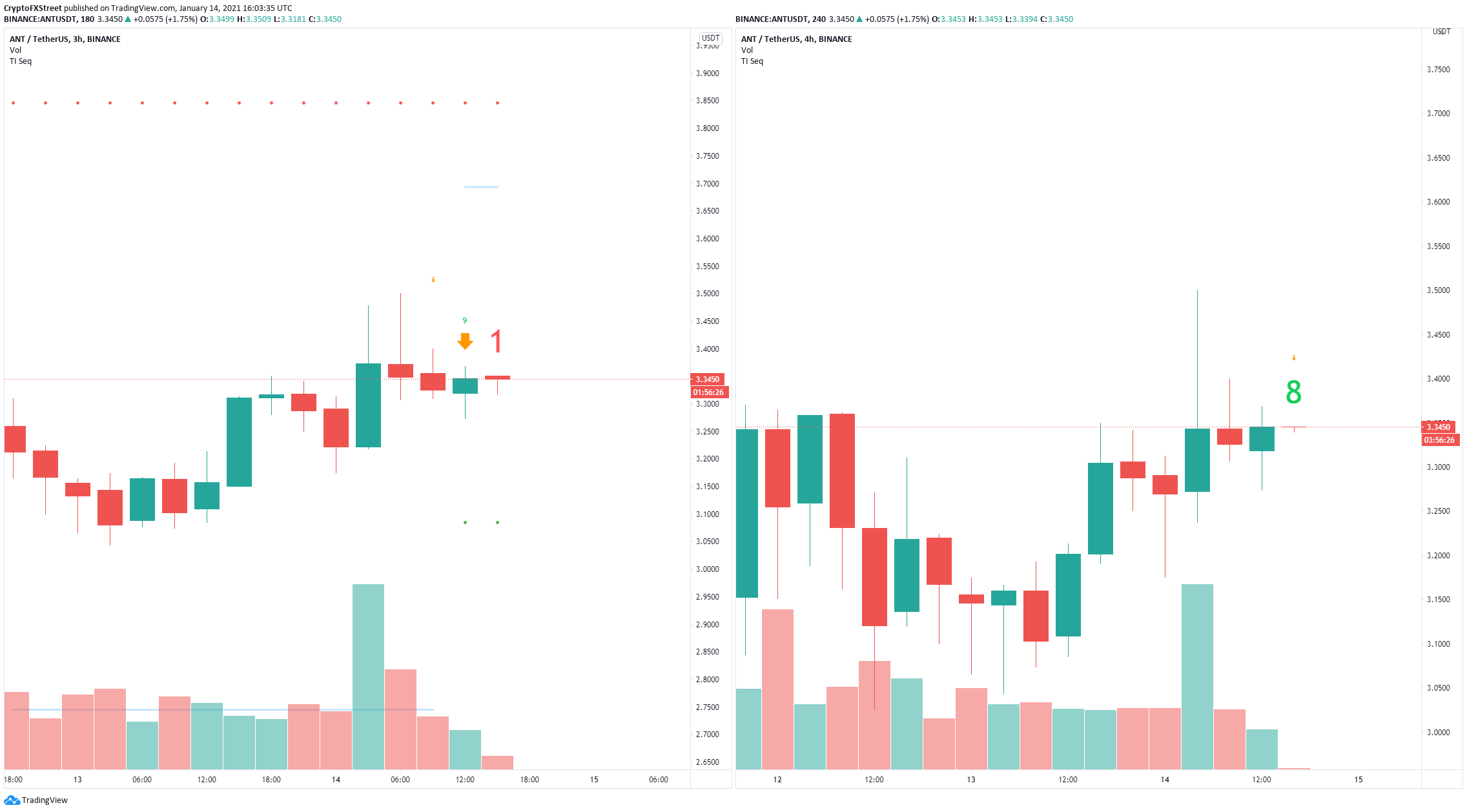 From a technical standpoint, the TD Sequential indicator has just presented a sell signal on the 3-hour chart and it’s on the verge of doing the same on the 4-hour chart. The validation of both signals can quickly push ANT price down to the psychological level at $3.

Despite the bad news and resignations, the number of whales has continued to rise or remained flat. Back on October 22, 2020, the first whale holding more than 10,000,000 coins entered the network and there are two now.

Additionally, the number of large holders with 100,000 to 1,000,000 also increased by 10 since September 27, 2020. Despite the resignations in the past two weeks, the number of whales has remained the same or even increased.