Algorand had a significant breakout from a key pattern and targets $2 in the long term. The platform has recently added support for Swingby, and the Algorand coin is now available on Chainalysis.

Chainalysis, a blockchain analysis company, has partnered with Algorand to bring the cryptocurrency industry a solution for anti-money laundering compliance. Fangfang Chen, Chief Operating Officer of the Algorand Foundation, stated:

We needed a compliance partner that could not only help us adhere to regulations in Singapore where we are based but also global regulatory best practices. This will enable us to build the best transaction monitoring solution for the Algo token so that we can realize our mission of providing the world's first open, permissionless, pure proof-of-stake blockchain protocol securely and scalably.

#Swingby has received a grant to bring the Skybridge to #Algorand!

We're excited to be working with the Algorand team on this exciting project.

On the 12-hour chart, the Algorand price had a significant breakout from a symmetrical triangle pattern with a price target of $2 in the long term. This was calculated using the maximum height of the pattern as a reference point. 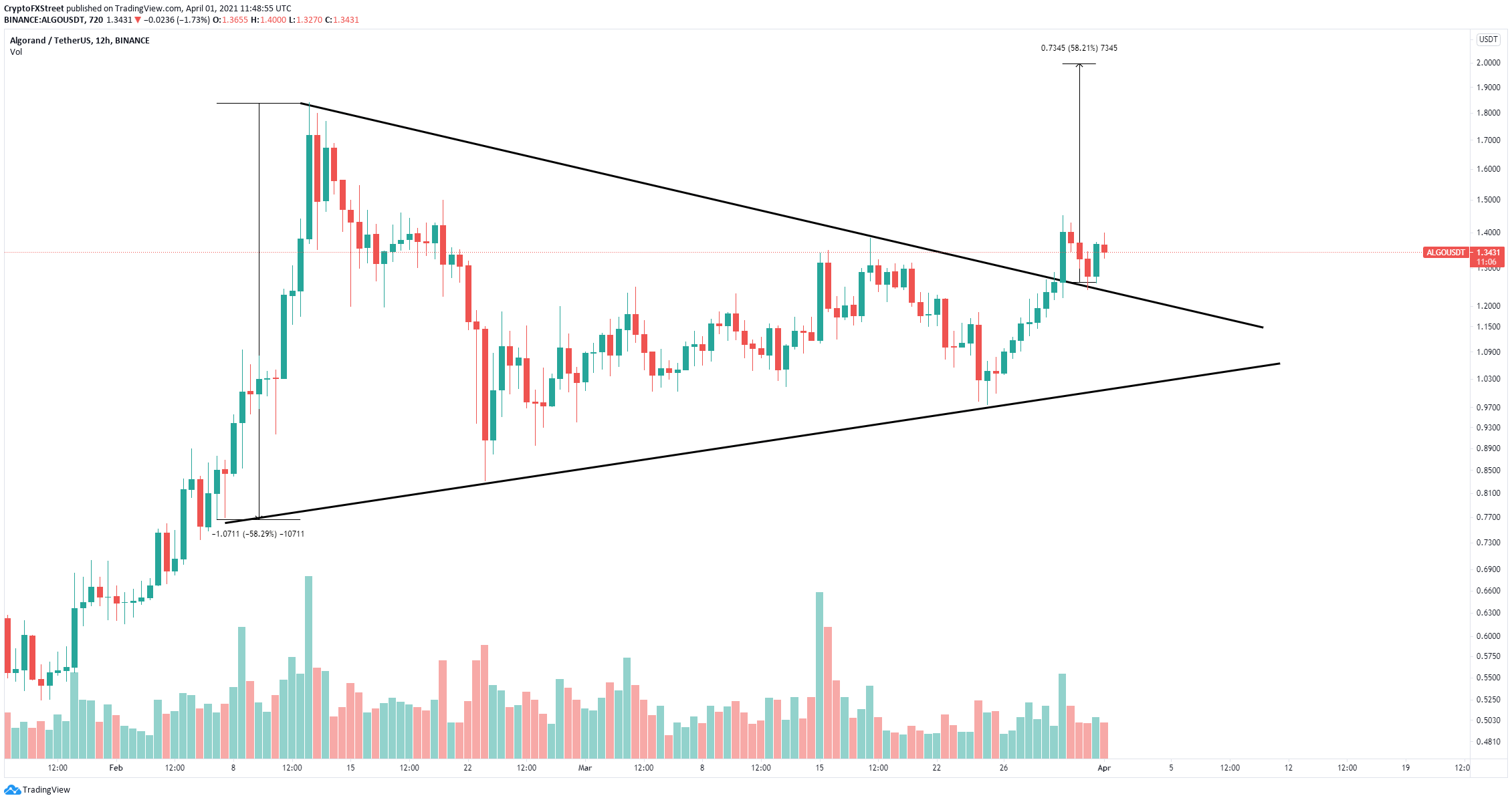 There is practically no resistance on the way up beside the $1.42 level, which has rejected the price several times in a row and the 2021 high of $1.84. 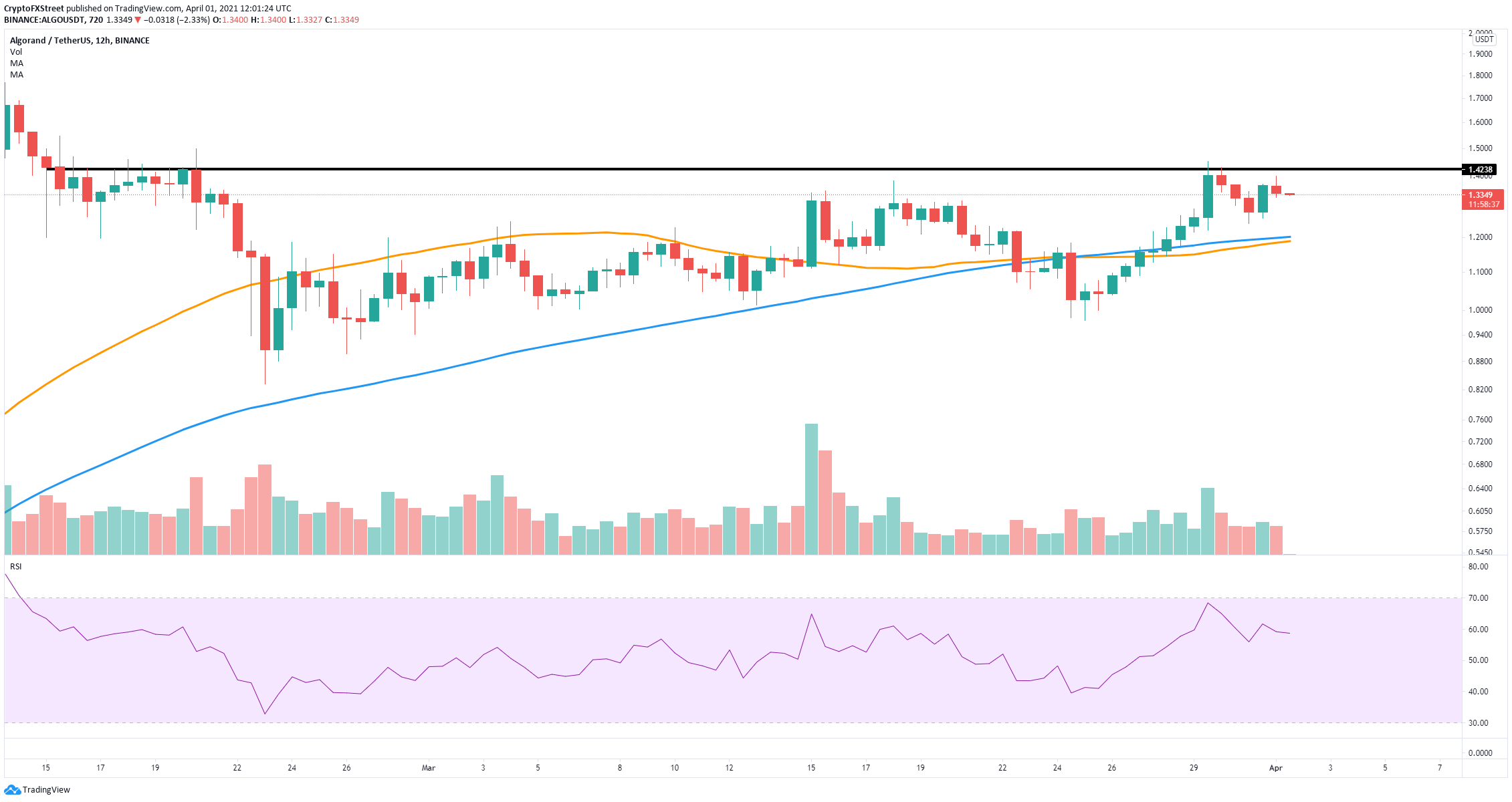 However, the strong resistance level at $1.42 has rejected ALGO two times – on March 29 and again on April 1. Additionally, the RSI is close to overextension, which adds some selling pressure to ALGO. The digital asset could fall toward $1.2, where the 50 SMA and 100 SMA coincide.