Algorand price has been in a solid and sustained move lower since breaking down below the Ichimoku Cloud in mid-November. Bears have not abated their pressure on Algorand, but a change in direction and the overall trend may be forming.

Algorand price action shows an upcoming conversion from a bear market in its Point and Figure chart. One of the interesting characteristics of Point and Figure Analysis is that an instrument is always in a bull market or bear market. And depending on the timeframes you are used to using with a time-based chart like Japanese candlesticks, Point and Figure may switch from bull to bear or bear to bull frequently or infrequently.

The conversion to a bull market on Algorand’s chart will occur when price breaks above the bear market trend line (red diagonal line) at $1.54. But before that, an aggressive entry based on a bullish Pole Pattern reversal could trigger a low-risk, high reward trade opportunity.

Adding to that strength is the current pattern developing known as a Spike Pattern. This pattern occurs when there are fifteen or more Xs or Os in a single column – conditions that Algorand would fulfill if it moves lower to $1.30. The entry on the Spike Pattern is the three-box reversal. Currently, the hypothetical trade setup is a buy stop order at $1.40, a stop loss at $1.36, and a profit target at $1.67. A trailing stop of 3-boxes would help protect any implied profit post entry. However, if Algorand moves lower, the entry trails lower as well. The stop loss remains a four-box stop and the profit target doesn't change. 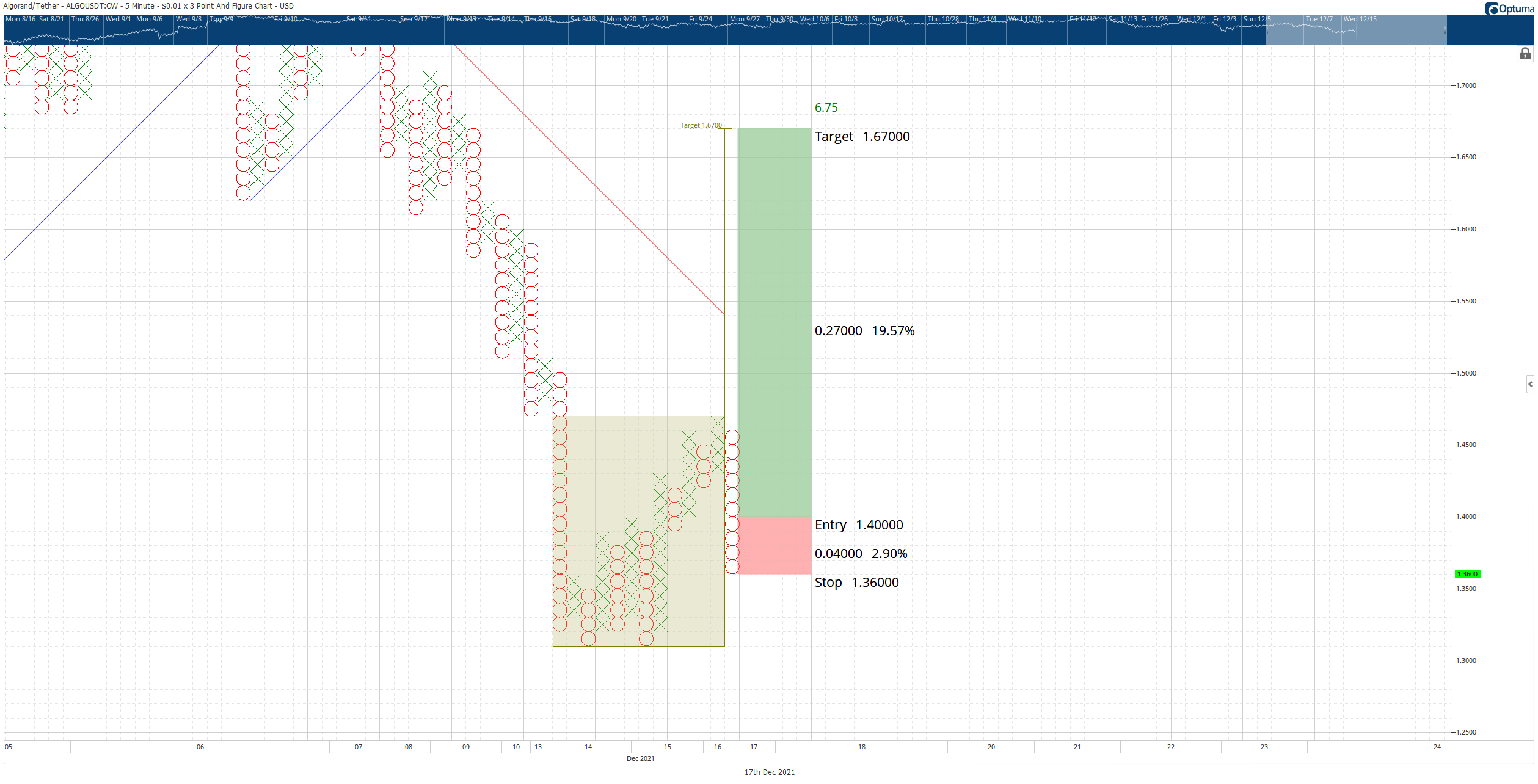 The hypothetical long setup is invalidated if Algorand price were to close below $1.25.