From a theoretical point of view, it is likely, that the price for gold could decline, as it should target the lower boundary of the short-term ascending channel. However, the rate has to surpass the 100-hour SMA at 1,293.57.

If the given support level holds, it is likely, that gold could trade sideways between the given moving averages. Also, it is unlikely, that the rate could breach the given channel south due to the 200-hour SMA at 1,288.41. 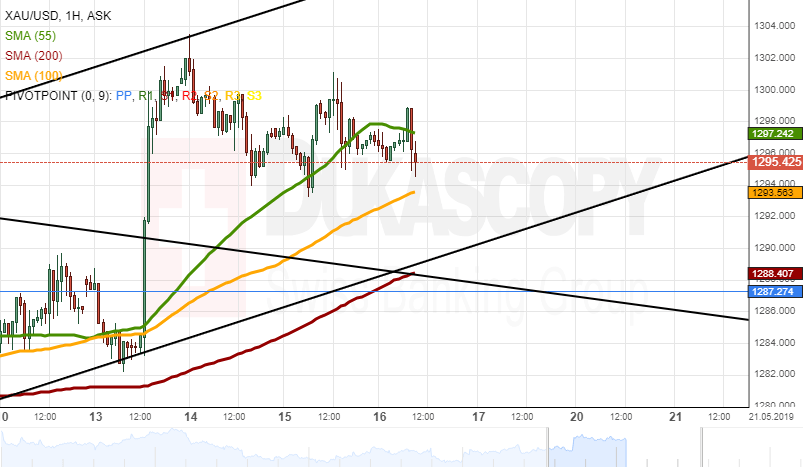 Sellers continue to lurk above 0.6900, knocking-off AUD/USD back below the latter, as markets shrug-off upbeat Australian Retail Sales and Trade data. Broad-based dollar bounce and US-China tensions weigh down on the aussie.

USD/JPY consolidates the upside below 109.00

USD/JPY consolidates gains below 109.00 after the latest uptick to two-month highs off 109.04. Broad US dollar rebound amid mixed Asian equities and looming US-China tensions keep the buoyant tone intact around the spot.