Yesterday, the Norwegian Health Minister, Bent Hoeie, said that the coronavirus is “under control” in Norway and that “a person carrying the novel coronavirus in Norway contaminates now on average 0.7 other individuals.” Before lockdown restrictions were implemented, the average was 2.5 to other individuals.  Good news for the Norwegian Krone, however this isn’t the only reason it has been so strong as of late.

The USD/NOK is inversely correlated with the price of oil, as Norway is an oil export led economy.  As we have seen over the course of the last month, the price of crude has been selling off aggressively since March 9th.  Only recently has price began to bounce as Russia and OPEC+ have agreed to meet to discuss oil production cutbacks. 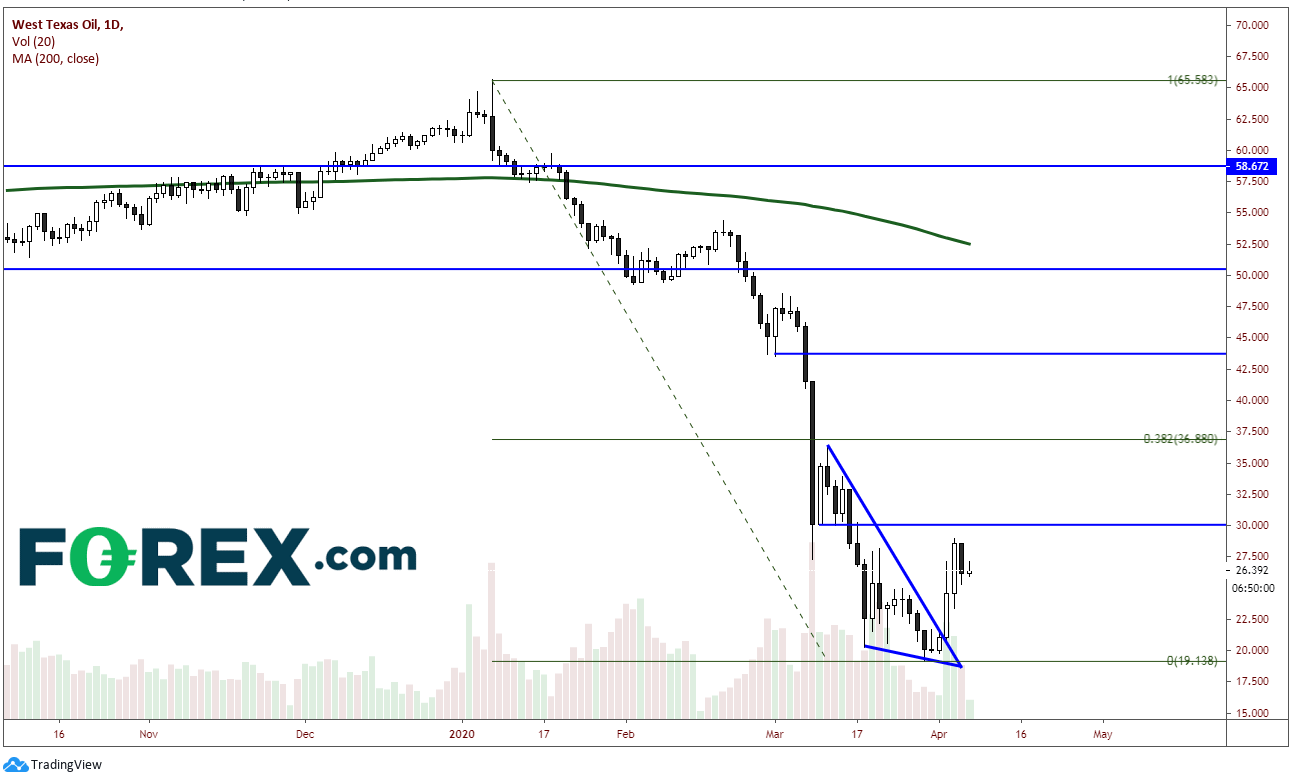 As crude oil began selling off on March 9th, USD/NOK had gone bid from then until March 19th from 9.2412 up to 12.1224.  However, as crude oil continued to sell off an additional 10% and began forming a near term bottom, USD/NOK sold off as well and consolidated at the 61.8% Fibonacci retracement level off over the same time period near 10.33695.  Between March 27th and yesterday, the pair tried to meagerly bounce, only to push lower today through the 61.8% level and horizontal support. 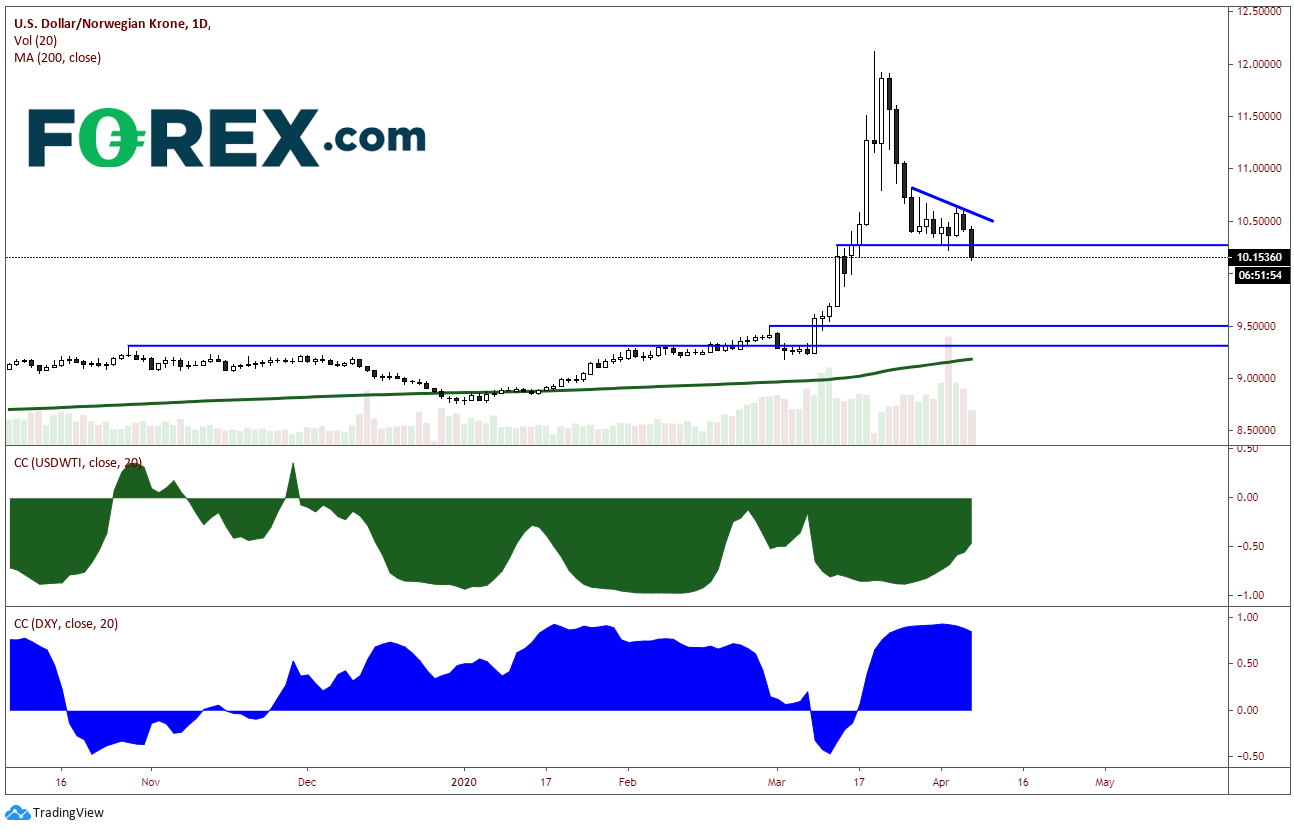 If Crude Oil does bounce above the 30 level, USD/NOK could move back above the 61.8% retracement level and trendline resistance near 10.56.  However, it appears for the time being, the pair is following DXY.  If price closes today below support at 10.27, the next support isn’t until 9.6056 and then 9.4935.  WTI crude oil will move on headlines relating to the upcoming meeting between OPEC and Russia.

Pay close attention to both the headlines and the correlations.  These will indicate which direction USD/NOK will move next!