The bulls managed to claw back from what had looked for much of yesterday’s session as a growing corrective outlook. The market held the key low at 108.25 in the end and a mild positive candle has helped to stabilise what had threatened to be a negative outlook. Another look at the support early today in the Asian session has again held firm and whilst this support at 108.25 remains intact, there is still a mixed outlook. However, there is a growing neutral outlook now, having broken the 11 week uptrend. A failure at 109.05 earlier this week is bolstering the resistance between 109.00/109.50, and a nascent downtrend remains intact at 108.85. Momentum indicators are still drifting back to around their neutral points (at least on RSI and Stochastics) and moving averages all flattening. This is becoming a market in need of a catalyst again, with a breach of 108.25 support or above 109.05 resistance needed for direction. 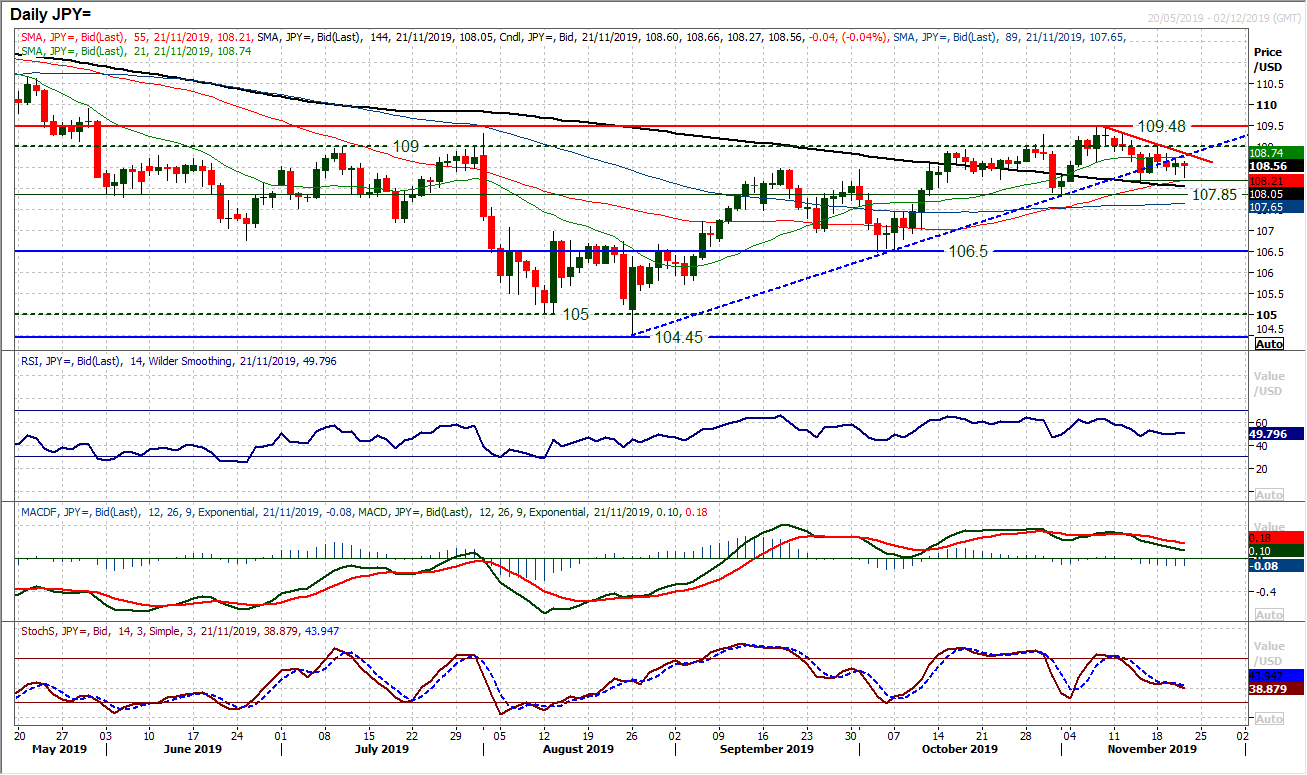