The USDJPY remains under increased pressure and extending weakness into third straight day, after recovery failed to sustain break above 100DMA (141.13) and fresh bears emerged below ascending thick daily cloud, after recent actions were repeatedly contained by cloud base.

The dollar remains at the back foot on growing concerns that the Fed would slow the pace of its rate hikes, with minutes of the central bank’s last meeting, released yesterday, add to the notion.

Only lift above 100DMA and penetration of daily cloud would sideline bears. 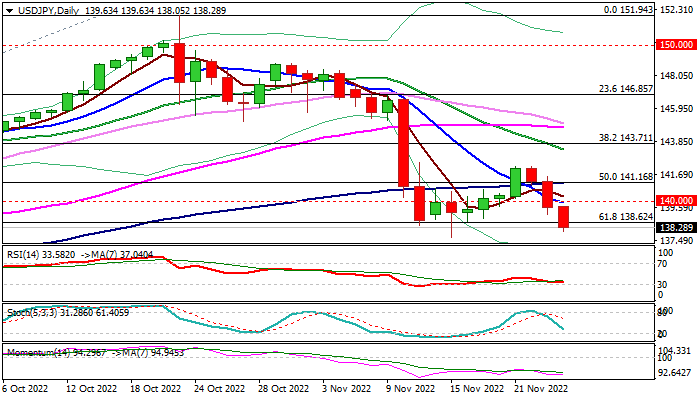 Interested in USD/JPY technicals? Check out the key levels