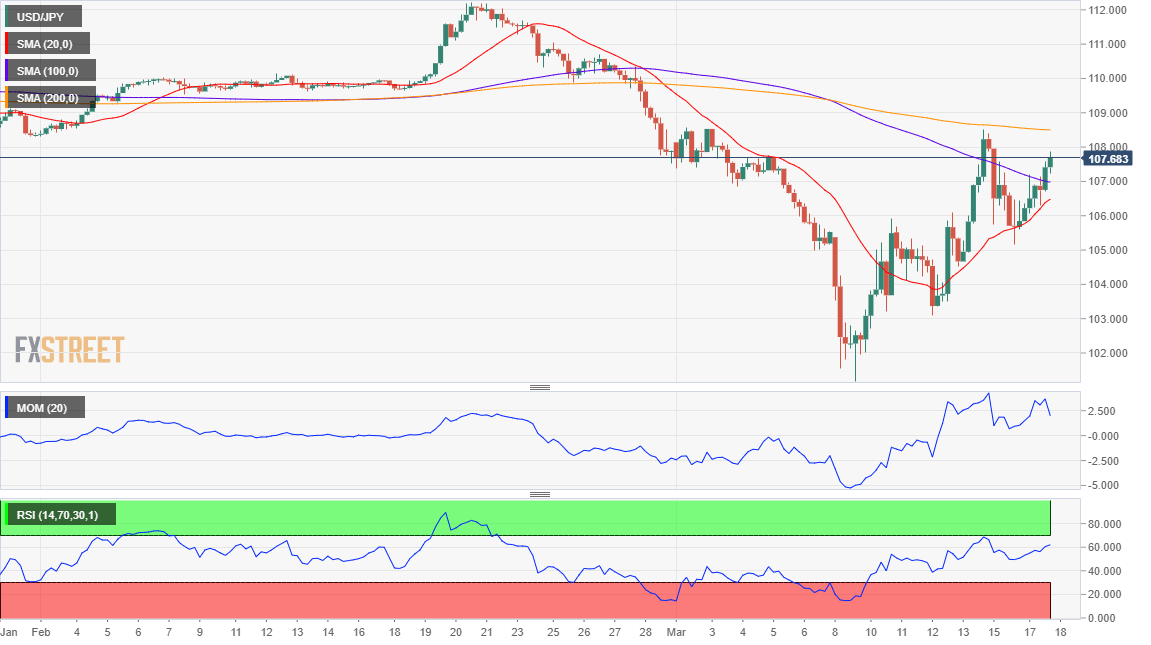 The USD/JPY pair turned north this Tuesday, accelerating its advance during the American session toward the 108.00 level amid a nice comeback in US equities and government bond yields. The US government announced several relief measures to combat the ongoing crisis, while US President Trump declared that he believes that the economy will come back very rapidly. Earlier in the day, the Bank of Japan decided to purchase a record high of 120.4 billion yen of Japanese ETFs, after announcing at the beginning of the week, it would increase purchases up to 12 trillion yen per year.

Japanese data released this Tuesday beat expectations but remained far from impressive. Industrial Production in January rose 1.0% MoM, while it declined by 2.3% when compared to a year earlier. Capacity Utilization in the same month increased by 1.1%. This Wednesday, the country will publish February Trade Balance data.

The USD/JPY pair is trading a few pips below the 61.8% retracement of its latest daily slump at 108.00, the immediate resistance. The pair is trading at fresh weekly highs but below Friday’s peak. In the 4-hour chart, the pair has broken above a mild-bearish 100 SMA while the 20 SMA continues to advance below the current price and the larger moving averages. Technical indicators remain within positive levels, although the Momentum heads lower while the RSI consolidates, this last around 63. Chances of a firmer recovery should increase if the pair runs above 108.50, Friday’s high.