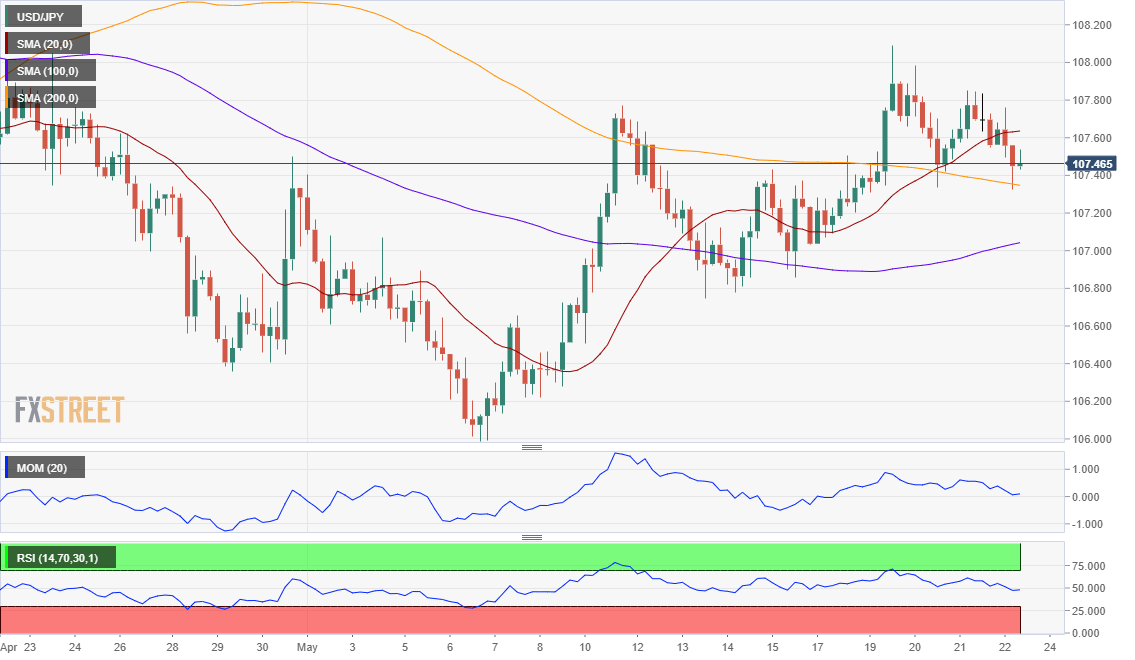 The USD/JPY pair is trading marginally lower this Friday, but within familiar ranges and holding on to some weekly gains. The absence of a clear direction in the pair could be attributed to resurgent risk-aversion, as both currencies are treated like safe havens.  Tensions between the US and China are behind the dismal market’s mood.

The latest came after Beijing announced it would impose national security legislation on Hong Kong, triggering a response from US President Trump, who said that the country would “address that issue very strongly.” Also, the US government continues to blame China on the coronavirus pandemic.

Japan published its National April inflation, which came in worse than anticipated. The CPI ex-fresh food was down by 0.2% when compared to a year earlier. Also, the Bank of Japan had a monetary policy meeting, in which policymakers announced a further 30 trillion yen plan to broaden support to small and medium-sized companies, hit by the coronavirus pandemic. The US won’t release relevant data this Friday.

The USD/JPY pair is technically neutral, with the risk skewing to the downside. The 4-hour chart shows that it’s holding above its 200 SMA but below the 20 SMA, with both lacking directional strength. Technical indicators hover directionless just below their midlines. The pair traded as low as 107.31, which confirms the relevance of the 107.30 support. The bearish case will be firmer once the pair breaks below it.