This was the week: Weak US data, falling stocks, and some doubts about the Fed

A fresh fall in stock prices early in the week pushed the pair lower as the Japanese yen enjoyed safe-haven flows. The recovery helped the pair recover. However, other issues weighed on the US Dollar.

US Durable Goods Orders missed expectations and were accompanied by downward revisions. This is a warning sign for current and future US growth. And while Existing Home Sales bounced from the lows, these lows were related to Hurricane Florence, and the rise was minimal. A downgrade of the University of Michigan's Consumer Sentiment gauge and a rise in jobless claims did not help either.

While we did not hear a reaction from the Fed to these data, a report on the central bank weighed on the greenback. MNI reported that the tightening cycle might take be paused in the spring of 2019. This joins dovish words from FOMC officials in the previous week.

And while the safe-haven yen suffered some pressure early in the week, it enjoyed some positive global developments later on. US President Donald Trump repeated his stance that China wants a deal. The White House also sidelined Peter Navarro from negotiations with the world's second-largest economy. Navarro wrote a book titled "Death by China."

Italy and the European Commission are trying to find a compromise. More importantly, the EU and the UK reached an agreement on the future relations, although the details remain shaky.

US events: FOMC Minutes, GDP, and the Trump-Xi Summit

The housing sector will be in the limelight on Tuesday, with the S^P Case Shiller HPI and the official one as well. Concerns about the health of the sector have been mounting of late.

Wednesday sees another housing number: New Home Sales, which are expected to pick up. More importantly, the US publishes the first revision for Q3 growth. The first release showed a robust rate of 3.5% annualized. However, this included a substantial contribution from inventory buildup, which may subtract from growth in Q4. The change in the headline, as well as in the composition, will rock the greenback.

The Fed's preferred measure of inflation, the Core PCE Price Index, is due on Thursday. The Core CPI, already released for October, disappointed with a deceleration to 2.1% YoY. However, the Core PCE published now is projected to remain unchanged at 2% YoY. The different methodology explains the divergence. Personal Spending and Personal Income are also due.

The FOMC Meeting Minutes are also due on Thursday and will be of interest after the recent dovish comments. The minutes are from the meeting in early November, when the Fed left rates unchanged as expected, but downgraded its view on business investment.

The document, edited until the last minute, will help shape expectations for the December gathering, in which Chair Jerome Powell and his colleagues are set to raise rates. The odds of an increase have decreased of late. Markets will look for a phrase along the lines of "an increase in the Federal Funds Rate is warranted relatively soon." Concerns about the global economy, investment, or inflation, could weigh on the greenback.

Last but not least, Presidents Donald Trump and Xi Jinping of China will meet in the G-20 Summit in Buenos Aires, and trade tops the agenda. Headlines related to the encounter will likely pop throughout the week. If the world's largest economies reach an agreement or at least an understanding, markets will like it, and the pair could move higher. If the summit ends in acrimony, the safe-haven yen will likely be in high demand.

The Japanese yen is best correlated with stock markets and the 10-year Treasury bond yields especially when they are associated with global events such as the US-Chinese trade war. But when they do not move, there is room for some Japanese events to move markets.

Foreign investments and retail trade numbers are due on Wednesday. More importantly, the fresh inflation figures from Tokyo for November will likely stand out. The most important measure is the one excluding fresh food, which is projected to remain at 1%.

USD/JPY is trapped in a wedge or a triangle. Uptrend support began back in October and the slope is moderate. Downtrend resistance is steeper and began later. The lines will cross each other in the upcoming days and the pair may need to pick a direction. At the moment, it is trading just below the 50-day Simple Moving Average but Momentum is slightly positive. The Relative Strength Index is not going anywhere fast as USD/JPY is "hugging" the 112.80 level that provided some support in early October.

There are many factors in play: the Fed's stance, the Trump-Xi Summit, and the stocks. The Fed could show signs of easing, weighing on the USD but helping stocks, thus weighing on the yen. The outcome of anything Trump-related is harder to predict.

The FXStreet forex poll of experts shows a bearish trend on all time frames. However, the average range is limited to the 112 handle. The average levels have seen some downgrades, in line with the price action seen this week. 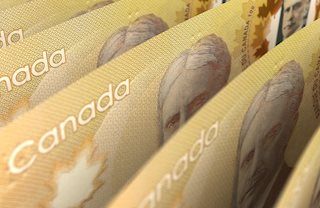