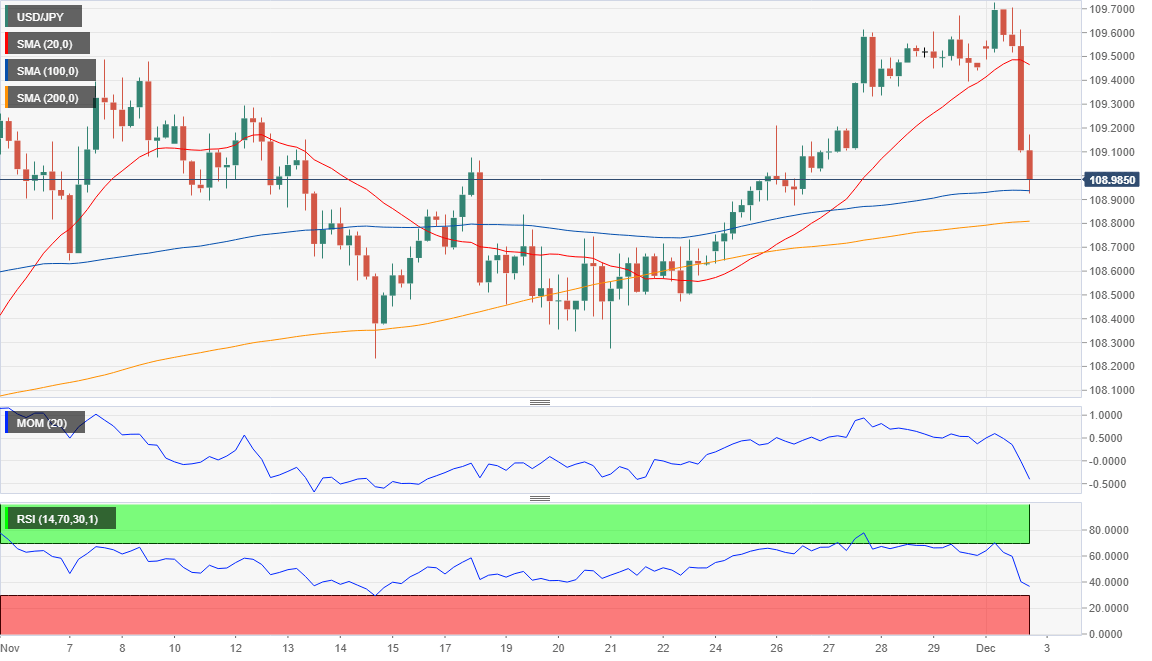 The USD/JPY pair lost the 109.00 threshold and heads into the Asian a couple of pips below the figure, after hitting at the beginning of the day a fresh multi-month high of 109.72. The pair rallied on a better market mood coupled with encouraging Chinese data, but collapsed on poor US data and fears the US and China could back off a trade deal, following comments from different representatives from both economies. Mid-US afternoon, news indicate that the document on phase one was being written, but speculative interest preferred to ignore it.

At the beginning of the day, Japan released Q3 Capital Spending, which increased to 7.1% from 1.9% in the previous quarter, while the November Jibun Bank Manufacturing PMI improved to 48.9 from 48.6. This Tuesday, the country will only publish the November Monetary Base, seen up by 2.6% when compared to the previous month.

The USD/JPY pair is short-term bearish according to the 4-hour chart, as it collapsed below its 20 SMA, which is now turning south, and about to challenge a directionless 100 SMA, first time near this last in over a week. Technical indicators, in the meantime, head south near oversold readings, barely losing their bearish momentum. The decline will likely accelerate on a break below 108.80, the immediate support.