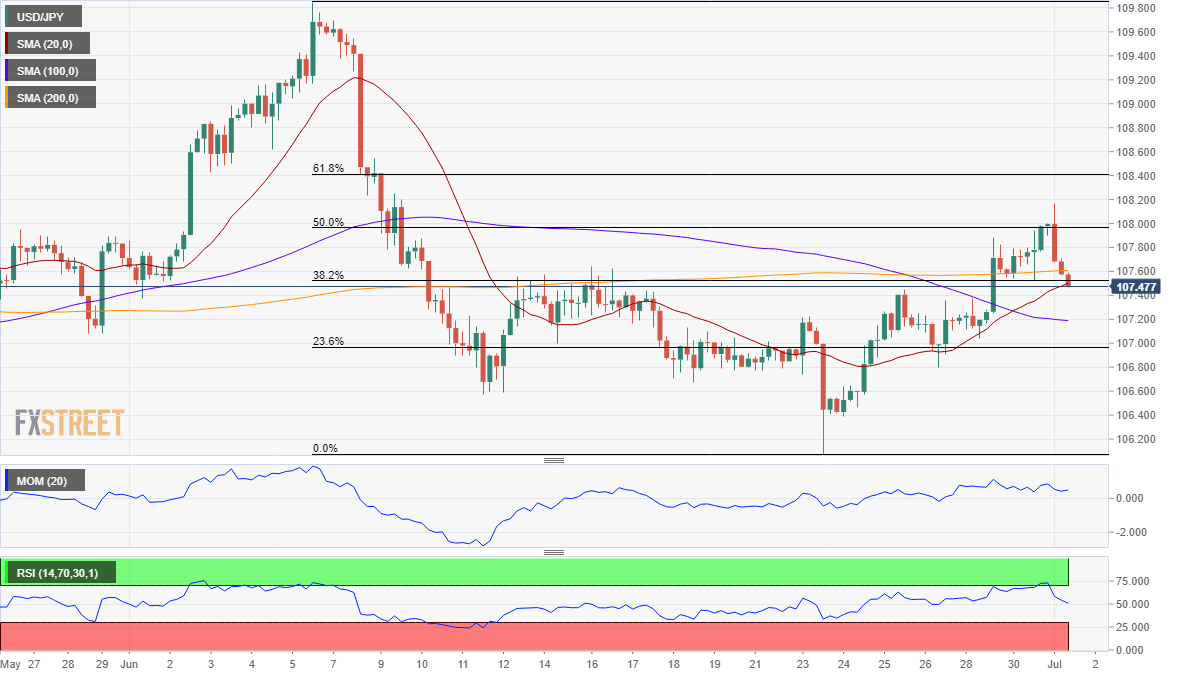 The USD/JPY pair has peaked at 108.16 early Asia as demand for the greenback persisted following Wall Street’s close. US indexes enjoyed their best quarter in two decades, despite the ongoing coronavirus-related crisis that has put the world’s largest economies at a brink of recession.  The dollar gave mid-Asian session as local equities were unable to follow the lead of their American counterparts. The pair retreated from the mentioned high to trade around 107.50, as European equities also trade mixed.

Japan published the Tankan Large Manufacturing Index for Q2, which fell to-34, worse than the -31 expected. The June Jibun Bank Manufacturing PMI printed at 40.1, better than the 37.8 expected, while the Consumer Confidence Index for the same month surged to 28.4, beating the market’s forecast.

The US session will be focused on employment and growth, as the country will release the ADP survey ahead of the Nonfarm Payroll report to be out on Thursday. The private sector is expected to have added 3 million new jobs in June. Also, the US will publish the ISM Manufacturing PMI, seen in June at 49.5 from 43.1 in May.

The USD/JPY pair is trading at daily lows and piercing a Fibonacci support level, the 38.2% retracement of the latest daily decline. In the 4 hour chart, it is back below its 20 and 200 SMA, and still above a bearish 100 SMA. Technical indicators, in the meantime, eased from overbought readings, but pared their declines near their midlines, indicating easing selling interest. The decline could gather momentum if the pair falls below 107.30, the immediate support.