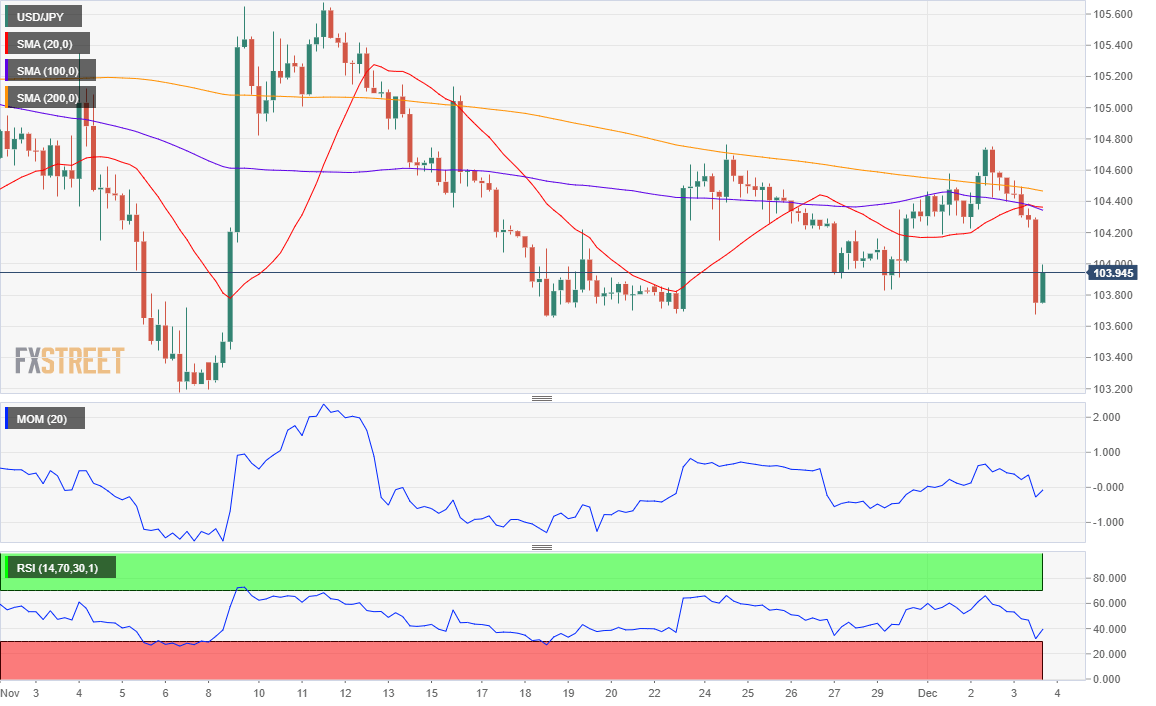 The USD/JPY pair plunged to 103.66, its lowest in almost three weeks, bouncing from such a low during US trading hours. The American currency came under selling pressure as optimism surrounding a stimulus package in the US cooled down after Senate Majority Leader Mitch McConnell rejected the bipartisan $908 billion proposal. US Treasury yields retreated from their weekly highs on such headline, closing the day in the red.

Japan reported this Thursday the November Jibun Bank Services PMI, which was revised to 47.8 from a previous estimate of 47.7. The country’s macroeconomic calendar will be empty this Friday, with the focus shifting to US employment figures.

The USD/JPY pair trades a handful of pips below the 104.00 level, bearish in the near-term. The 4-hour chart shows that the pair is developing below all of its moving averages, with the 20 and the 100 SMA gaining bearish slopes below the 200 SMA. Technical indicators have lost directional strength but stabilized near their daily lows within negative levels. A steeper decline could be expected on a break below 103.50, a strong static support level.