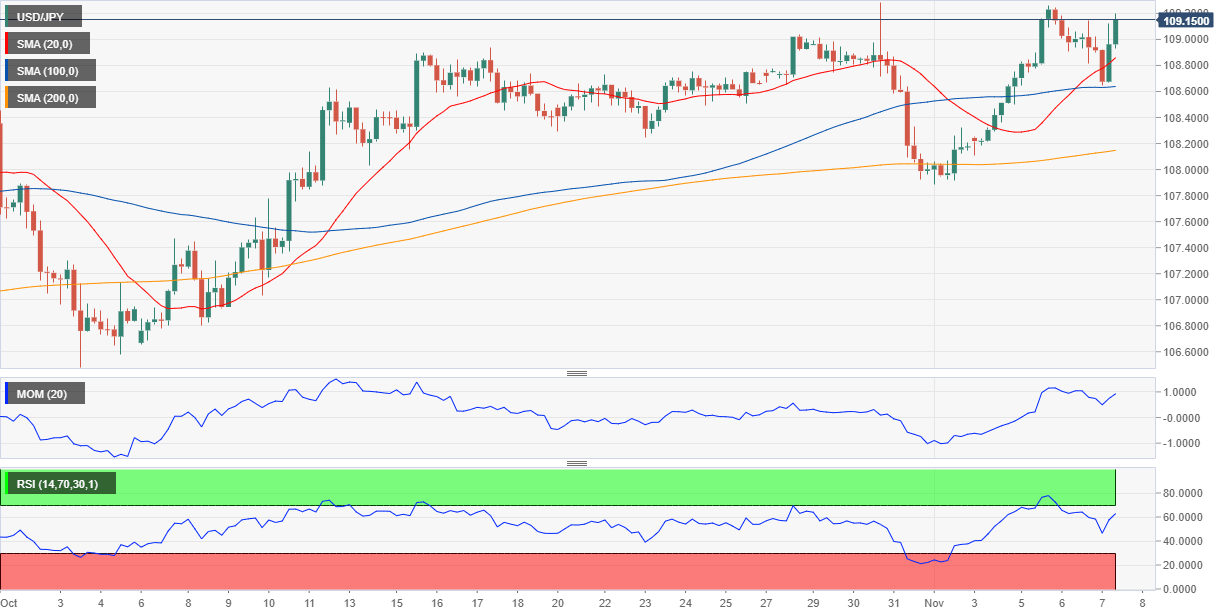 Comments from Chinese Commerce Ministry triggered a U-turn in the market’s sentiment after he said that the country has agreed with the US to cancel existing tariffs in different phases if a trade deal is reached. The USD/JPY pair recovered the 109.00 level, once again trading near the 109.30 critical resistance area, as Wall Street soared to all-time highs in future trading, in detriment of safe-haven assets. Meanwhile, US Treasury yields ticked higher, with that for the 10-year note hitting a fresh over one-month high.

Japan didn’t release relevant data during Asian trading hours, while the upcoming American session will bring minor figures from the US. The country will release weekly unemployment claims, seen at 215K in the week ended November 1, and September Consumer Credit Change.

The USD/JPY pair is trading around 109.15, technically bullish according to the 4-hour chart, as the pair met buyers around the 23.6% retracement of its October rally where it also has its 100 SMA. The 20 SMA maintains its bullish slope below the current level and above the larger ones, while technical indicators resumed their advances after correcting overbought conditions. Large stops should be gathered above the 109.30 level, and if those get triggered, the pair has room to extend its rally toward 110.00, mainly on the back of risk appetite.