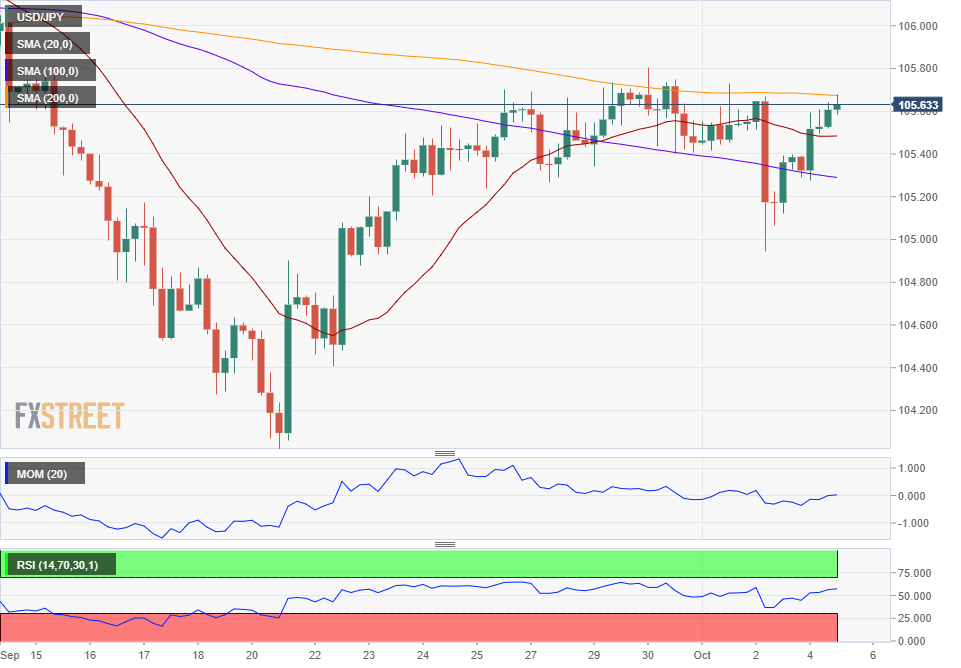 The market’s mood improved after a bumpy weekend, with the sentiment gyrating around US President Trump’s health. The leader of the world’s largest economy contracted COVID-19 last Friday and was later translated to a medical facility. Contradictory headlines throughout the weekend spurred concerns, although, at this point, news suggest that he is recovering. Equities are firmly up, as well as US Treasury yields, pushing USD/JPY higher.

Japan published the September Jibun Bank Services PMI which beat expectations but held within contraction levels, printing at 46.9. The US session will bring the final version of the US Markit Services PMI, foreseen unchanged at 54.6. The country will also publish the official ISM Services PMI, expected at 56.3 from the previous 56.9.

The USD/JPY pair is trading at the upper end of its previous week´s range in the 105.60 price zone. The 4-hour chart shows that it continues to develop between moving averages, with a directionless 200 SMA capping advances currently at 105.70. Technical indicators crossed their midlines into positive levels, but lack clear directional strength. The pair traded as high as 105.80 last week, the level to surpass to confirm additional gains ahead.