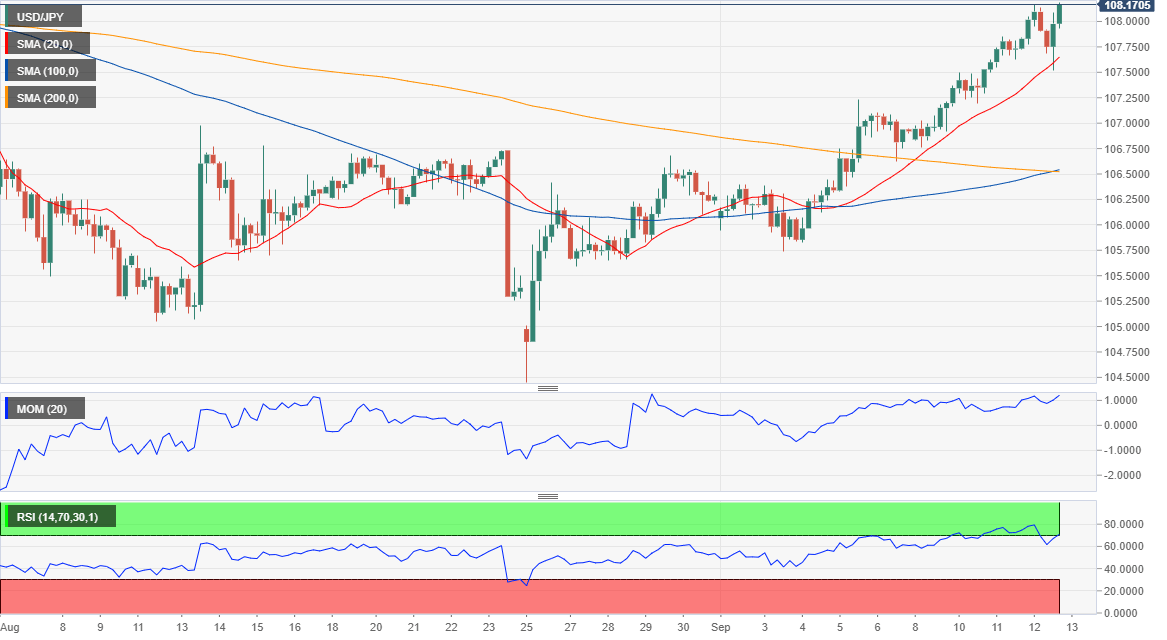 The USD/JPY is finishing Thursday at levels last seen by the end of July, having reached an intraday high of 108.18. The pair jumped during Asian trading hours, following some relief news related to the US-China trade war, as the US President, Donald Trump, had a goodwill gesture with China, announcing he postponed the introduction of higher tariffs on Chinese goods meant for October 1 until October 15. Meanwhile, government bond yields kept rallying post-ECB monetary policy decision, with the benchmark yield on the 10-year Treasury note hitting 1.80%.

Japanese data was mixed, still signaling slowing economic growth. According to the official release, Japan’s Producer Price Index was down by 0.3%MoM in August and declined by 0.9% when compared to a year earlier. Machinery Orders in July declined by less-than-anticipated, coming in at -6.6% YoY, while Tertiary Industry in the same month increased a modest 0.1%.  The country will release July Industrial Production, and Capacity Utilization figures this Friday.

The USD/JPY pair is trading a handful of pips below its daily high ahead of the Asian opening, as risk-aversion dominates the financial sphere. In the 4 hours chart, the pair remains in the bullish path, as despite lacking directional strength, technical indicators hold within overbought levels. In the mentioned chart, the 20 SMA maintains its bullish slope above the larger ones, providing a dynamic support. Furthermore, the pair is developing above the 61.8% retracement of its August decline, now a critical support at 107.45. As long as it holds above it, the pair has room to extend gains up to 109.31, August monthly high.