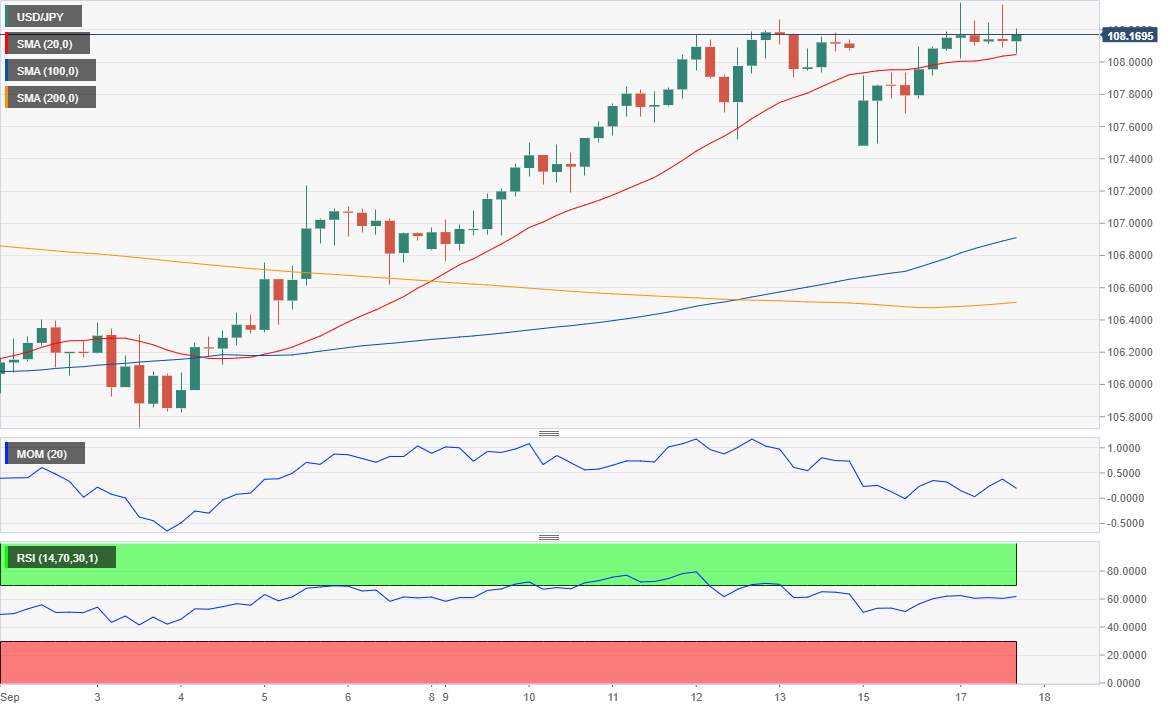 The USD/JPY pair has peaked at 108.36 this Tuesday, its highest in seven weeks during Asian trading hours, but spent the rest of the day consolidating a few pips below that level. The pair was unable to extend gains despite a better market mood, as the market chose to sell the greenback. Furthermore, government bond yields remained under pressure ahead of the US Federal Reserve meeting, with the yield on the benchmark 10-year Treasury note slipping to 1.79% and finishing the day at around 1.81%.

Japan didn’t release relevant macroeconomic data so far this week but will do so early Wednesday, presenting August Merchandise Trade Balance. The market is expecting a deficit of ¥-355.9B and a large decline in exports and imports. The pair could show a little reaction to news and sentiment ahead of the US Federal Reserve monetary policy announcement later in the day.

The USD/JPY pair is neutral-to-bullish in the short-term, and according to the 4 hours chart, as it spent the day consolidating just above a mild-bullish 20 SMA, while technical indicators hold above their midlines, but without directional strength. The same chart shows that the 100 SMA advances above the 200 SMA, both below the 107.00 level. The pair could find some directional momentum with the Fed, with the bullish case set to remain in place as long as it holds above 107.45. The natural bullish target is August high at 109.31, although the Fed´s decision is in the way, and could well be a game-changer for the dollar.