Yesterday’s signals were not triggered as there was no bearish price action at 1.0110.

I wrote yesterday that break below 1.0058 would be a bearish sign so that was quite likely to be the day’s pivotal level. This was a good call as the level was never even reached and the price has continued to rise to approach long-term high prices, invalidating resistance levels along the way.

This pair is usually extremely mean-reverting, which suggests that as we are at an area of long-term resistance at a price extreme, short trades are going to become interesting if you have the patience to hold tight while the price takes its time moving down. However, if the price breaks above 1.0125 on strong volatility, it is likely to reach 1.0150, and a break above that level would be a very bullish sign. I think if the price can trade above 1.0125 for two hours as New York opens or before, we will see yet higher prices – however, beware of the U.S. and U.K. data events which could produce strong and surprising movement in either direction. 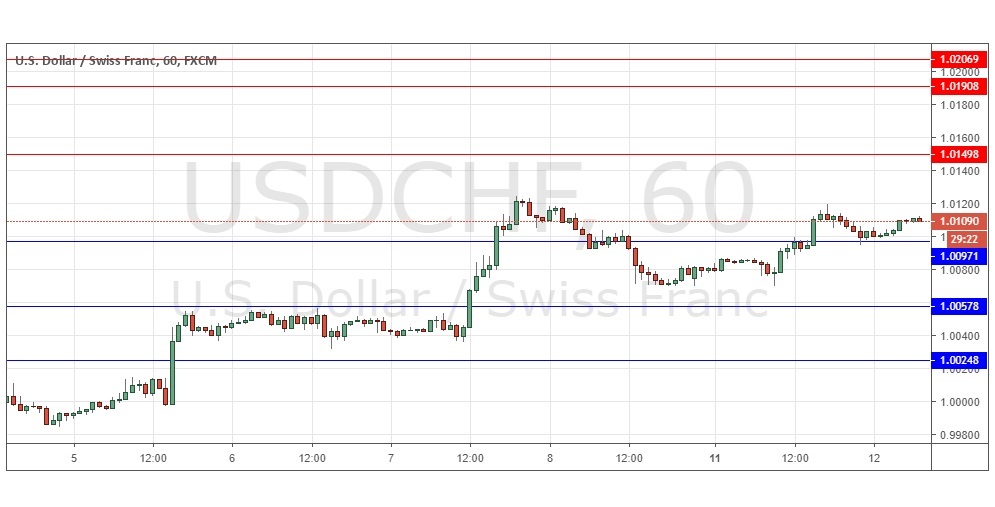 There is nothing of high importance due today concerning the CHF. Regarding the USD, there will be a release of CPI data at 1:30pm London time.