Yesterday’s signals may have produced a short trade from the semi-pin candlestick rejecting the resistance level identified at 1.0045 on the hourly chart. If taken it would probably be wise to exit now as it is more or less at break even and looks very indecisive.

Trades may only be taken until 5pm London time today.

I yesterday that as the resistance levels held, and it seemed bulls and bears would remain evenly balanced, so I thought both the nearest support and resistance levels were going to hold and the price was most likely to range. This was a good and broadly accurate call.

The U.S. Dollar is quite strong but is not advancing very strongly here. I think there is a weak likelihood of higher prices today if the price can get established above 1.0050. There will probably be better opportunities today in other Forex currency pairs. 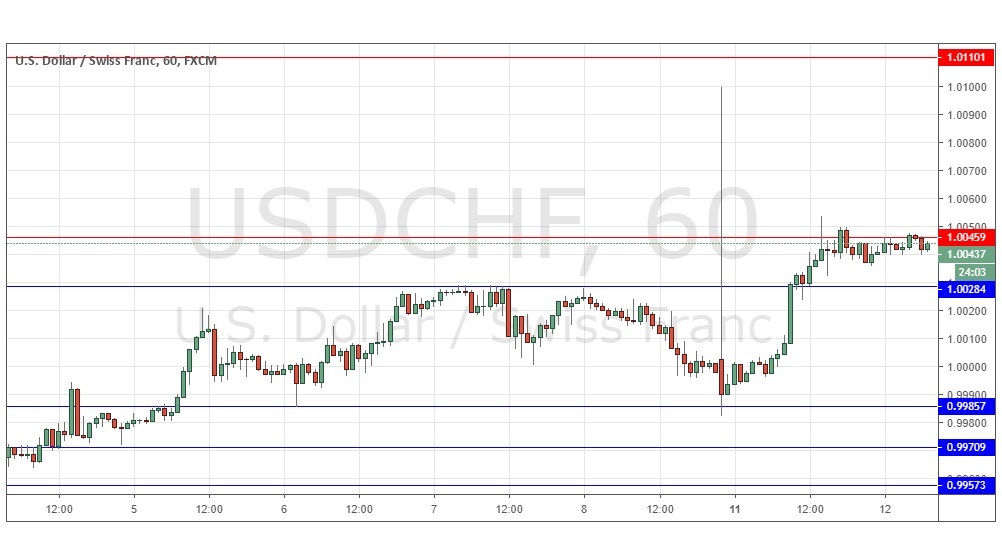 There is nothing of high importance due today regarding the CHF. Concerning the USD, the Chair of the Federal Reserve will be making a minor speech at 5:45pm London time.