Last Thursday’s signals may have triggered a losing short trade from the weakly bearish price action rejecting the resistance level at 0.9935.

Trades may only be entered before 5pm London time today.

I wrote last Thursday that the U.S. Dollar was generally weak following yesterday’s FOMC, but there were probably currencies other than the Swiss Franc which were going to make better progress against it. This was a good call as despite holding below the resistance at 0.9935, the price failed to fall much further before turning around.

The Dollar is generally stronger everywhere, and the key pivotal level which may now act as new support is shown at 0.9957 in the chart below. However, due to the absence of trending behaviour, I see the opportunities as at the extreme price lives near parity (1.0000) and the lower round number (0.9900) if any reversals happen there. I doubt either of these areas will be reached today though. 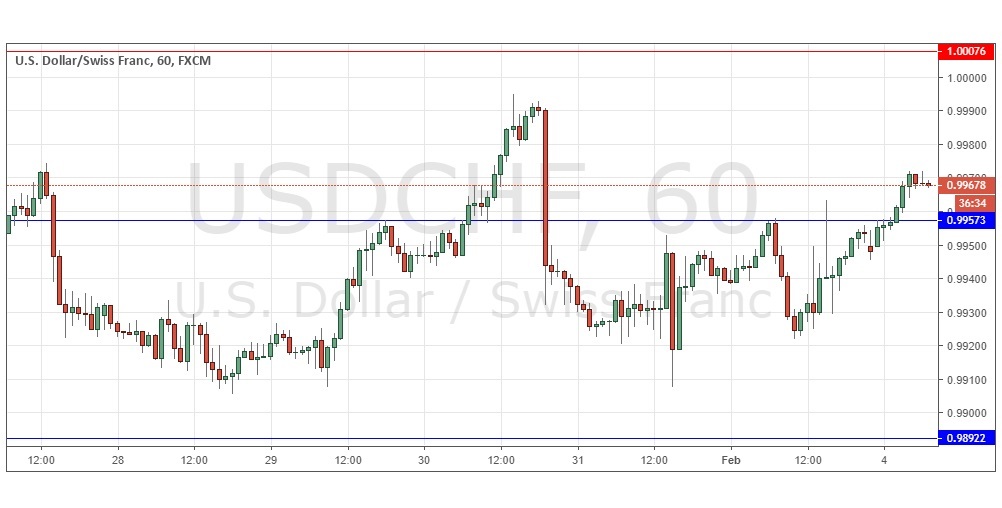