All the markets’ attention is focused on the US & China Retail Sales and Industrial production. Despite the trade conflicts, very optimistic indicators are expected in both countries. In China, the annual growth rate of Retail Sales is expected to 8%, in the USA it could be 2.6%, also making a positive contribution to the GDP dynamics.

Despite this fact, world analysts and traders are increasingly waiting for the new measures of economic stimulus. At the moment, the political news definitely overshadowed the economical ones. Industrial production is attracting the investors’ attention, as it’s considered as an important leading indicator of business activity. Further decline can increase the demand for incentives from the Central Banks and the governments. 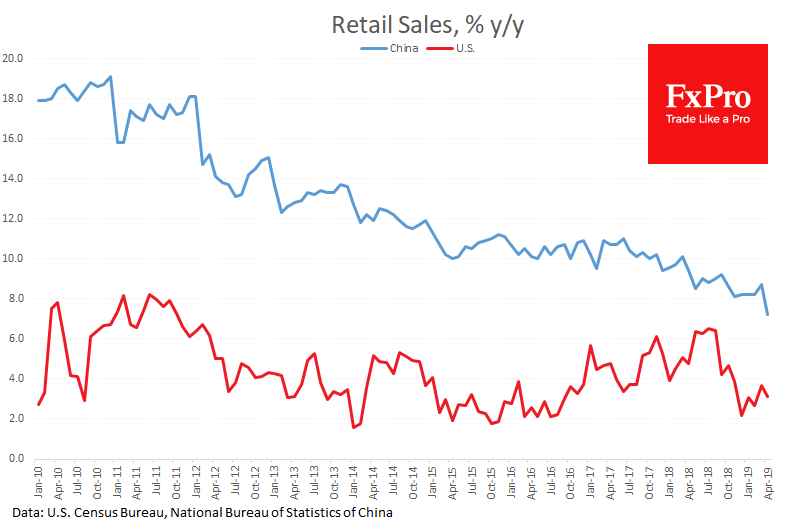 US indices maintain their position after a gain of almost 0.5% the day before. This fact beat off the loss of the beginning of this week, and today's growth, for the most part, is caused by hopes for an early easing of the Fed's monetary policy. As expected, this will help the economy to overcome the slowdown.

At the same time, the Chinese indices were in antiphase with the upward trend from the beginning of the week, but then began to decline closer to the weekend. 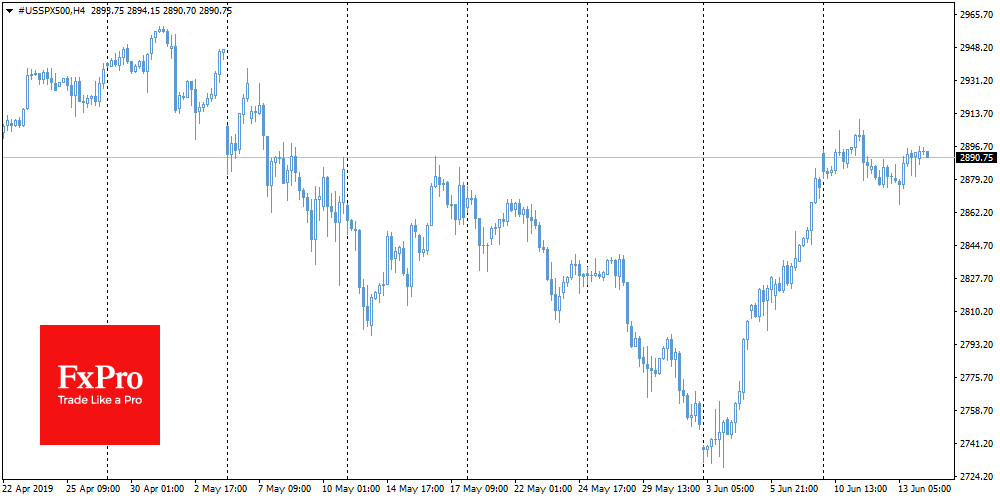 The euro is developing a decline as well, dropping on Friday morning to 1.1270 dollars. Bears pressure was strong enough to deploy a single currency, not allowing EURUSD to consolidate above 1.1300. Further development of the recession opens up the opportunities to decline to the ​​1.1200 area, where the 50-day moving average is underway. 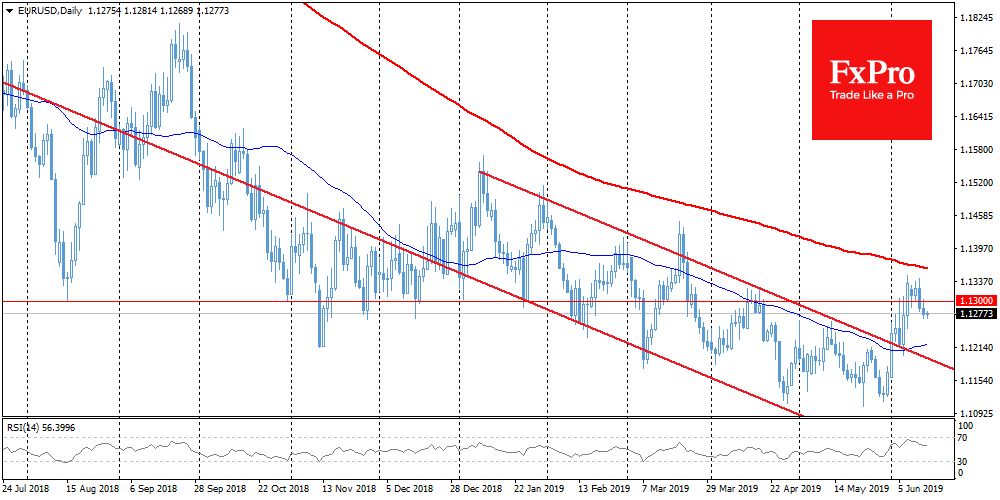 Gold continues to be in demand, returning to the peak levels of last week at 1346 and re-testing this year highs. On Friday, traditionally, market participants desire to take profits and close their positions that can turn into another test for the bulls. Nevertheless, it is worth to remember the global desire to get away from risky assets as it still provides tangible support for Gold. 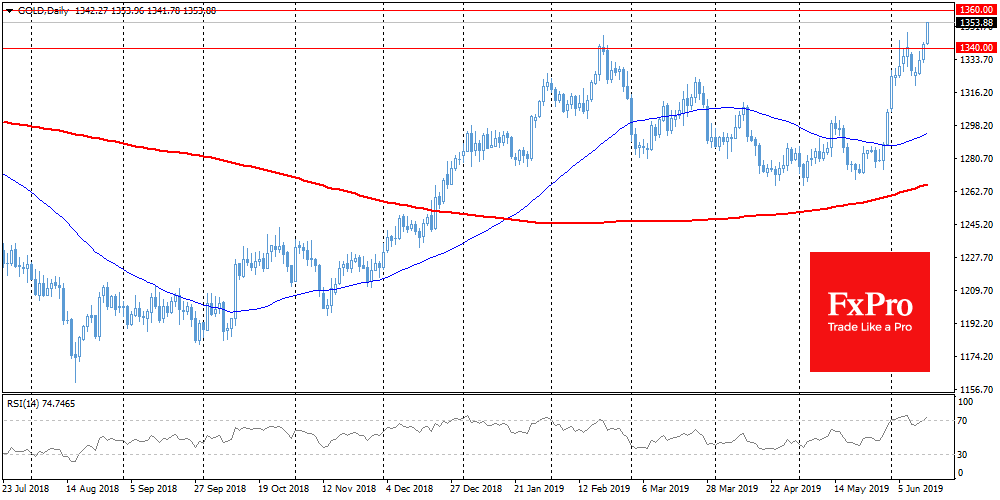