UK Prime Minister Boris Johnson tweet-reminded his government’s position: “We are ready to work with our friends and partners to get a deal. But if you want a good deal for the UK, you must simultaneously get ready to come out without one.” Johnson, who will be meeting Germany’s Merkel and France’s Macron this week, is above all looking for the EU to soften its objection to the Brexiteer proposals for “alternative arrangements” on the Irish border. He knows full well that the EU won’t be making any concessions at this juncture, with Brussels looking to see how the upcoming political battle between the anit-no-deal and pro-no-deal Brexit parliamentary factions goes. Boris is wanting to see the former group fail in its efforts to thwart a no-deal Brexit, either legislatively or by attempting to bring his government down by a no confidence vote, which he would see as a victory that would greatly strengthen his negotiating position. But, given how intractable the EU’s red line is for having a post-Brexit Irish border backstop, which both Ireland and Brussels see as essential to avoid breaching the 1998 Good Friday Agreement (which brought peace to Northern Ireland), it’s hard to see what concessions the EU would be prepared to give the UK even in the face of a disorderly no-deal exit. EU officials see the UK’s position as being fundamentally weak, as a no-deal scenario would be more damaging to the UK economy than it would be to the EU economy. Some senior EU figures have reportedly been conjecturing that even if the UK leaves, sans deal, the country would return cap in hand within a matter of months as the reality of no-deal hit home.

Boris tweet doesn’t tell us anything new, and hence it is not expected to sustain selling, with the Pound looking to have found an equilibrium of sorts over the last week following a protracted, multi-month period of underperformance.

Market participants are anticipating what promises to be a phase of high Brexit drama, which will commence when parliament returns from summer recess on September 3, when the anti-no-deal and pro-no-deal Brexit parliamentary factions will do battle. 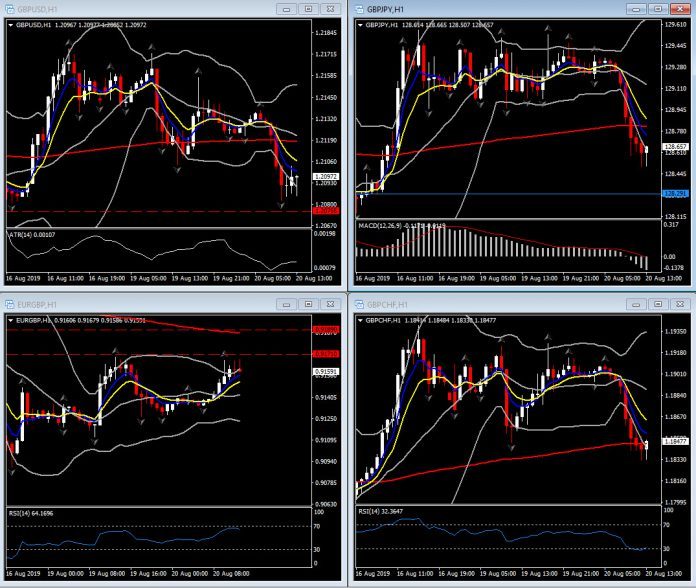