By completing its best month since 2016 due to the firmer US Dollar and due to the positive sentiment seen in the markets this week, Silver along with other commodities such as Palladium have been well supported at record highs after they have been corrected sharply in the first week of September. Commodity currencies such as Australian Dollar, New Zealand Dollar and Canadian Dollar received an upward boost as well, concomitantly with stock markets. Stock markets remained supported as trade jitters continue to ease.

After Silver’s sharp sell off last week by nearly 10%, the asset currently holds for a fourth consecutive day slightly above a significant intersection point, i.e. the 20-day SMA, which has been strongly supporting the asset for the past 4 months.

Technicals support the long-term positive outlook for Silver, as daily RSI slopes northwards again after forming a round bottom above the neutral zone. MACD reflects the decrease of positive momentum as it slopes below signal line, however it strongly holds well above zero line, suggesting that bulls remain in the market.

As the 20-day MA has been an excellent support line for Silver, only a strong move below it and more precisely below the $17.47 (50 % Fibonacci retracement level) could turn the overall outlook of Silver into a negative one. 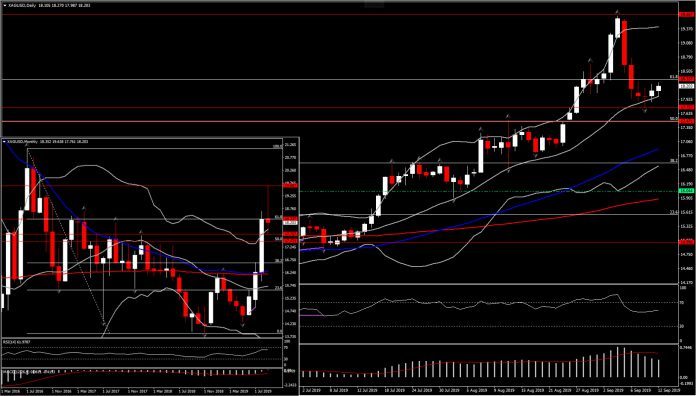