The Reserve Bank of Australia will announce its decision on monetary policy on Tuesday, November 2.  Until their previous meeting, policymakers have focused on the yield curve control, maintaining the yield on the April 2024 bond at 0.1%. The main rate was held at a record low of also 0.1%, and deciding officials repeated that they do not expect conditions to be appropriate for a rate hike until at least 2024.

However, Australian inflation unexpectedly soared in the third quarter of the year, with the RBA Trimmed Mean Consumer Price Index jumping to 2.1% from 1.6% in the previous quarter, pushing yields higher and fueling speculation the central bank will have to raise rates much sooner than 2024. The yield on the mentioned bond jumped above 0.50%, and the RBA did nothing to curve it, somehow suggesting that they will officially drop the yield-curve control. Rates are expected to remain unchanged.

Market participants are now pricing in a rate hike for the final quarter of 2022, and Governor Philip Lowe may try to down talk such speculation. However, alongside with the RBA’s decision, the country will publish the October TD Securities Inflation previously at 2.5% YoY, and inflation figures could overshadow  Lowe’s attempt to cool down markets expectations of a tighter monetary policy.  Investors will be closely watching for any other change to the central bank’s forward guidance.

The AUD/USD pair is trading above the 0.7500 figure and near a multi-month high of 0.7555. From a technical point of view, the pair is bullish, although the daily chart shows that the pair met sellers twice this week around a flat 200 SMA,  while the 20 SMA is advancing above the 100 SMA, both below the current level, usually a sign of strengthening buying interest. Meanwhile, technical indicators are consolidating well into positive levels, reflecting prevalent bulls.

A hawkish RBA should push the pair firmly up. Beyond the monthly high at 0.7550, the pair could extend gains initially towards 0.7610, en route to the 0.7700 figure. A dovish stance may not be enough to convince market players if inflation figures result upbeat. Pullbacks towards 0.7440 may likely attract buyers, while the bearish case may become firmer if the pair breaks below the 0.7400 price zone. 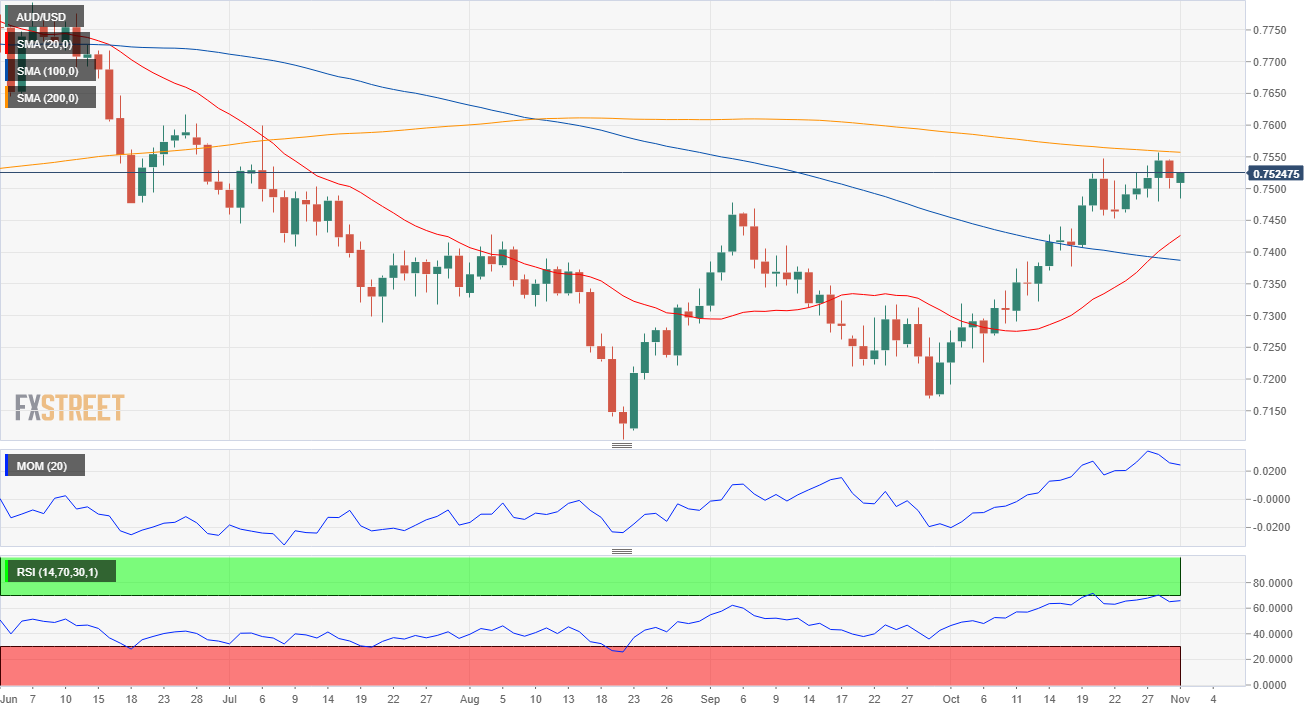