It was a very long ceremony indeed and it had a little bit of a propaganda-ish twist to it, maybe that is why Xi Jinping did not actually go there, to begin with. The Western standpoint seems quite clear looking at this Bloomberg headline: 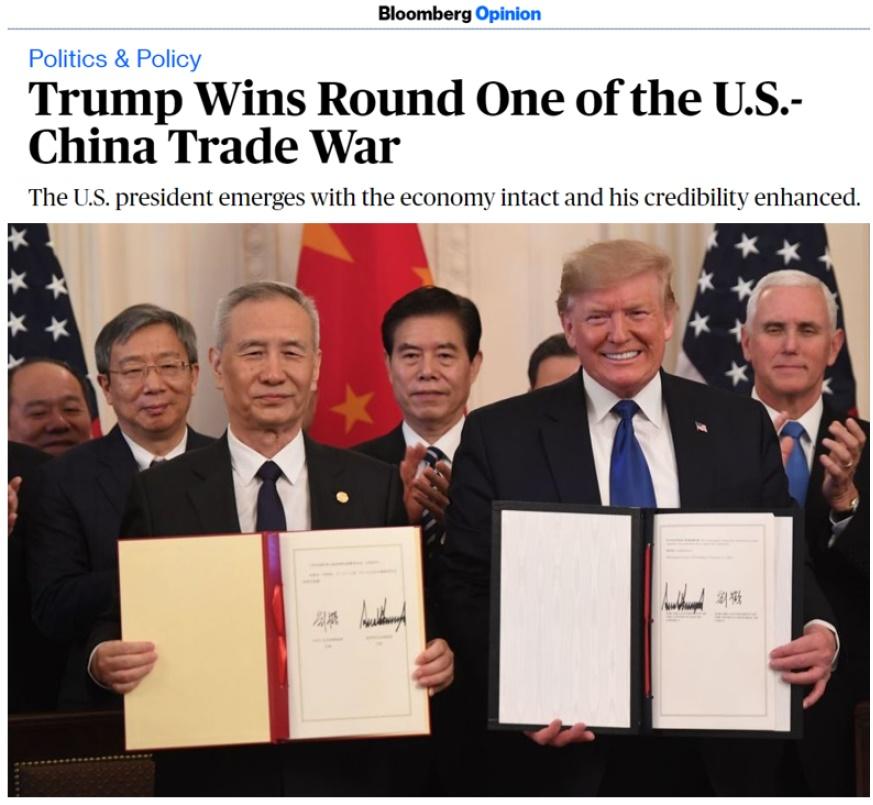 Economically the expectations are set quite high now and it will take until the spring before we will have more insights into the first actual effects results as Larry Kudlow stated.

While earnings per share continue to drop there are also signs of the economy indeed bottoming out and preparing for a possible recovery as the OECD is showing in the following chart: 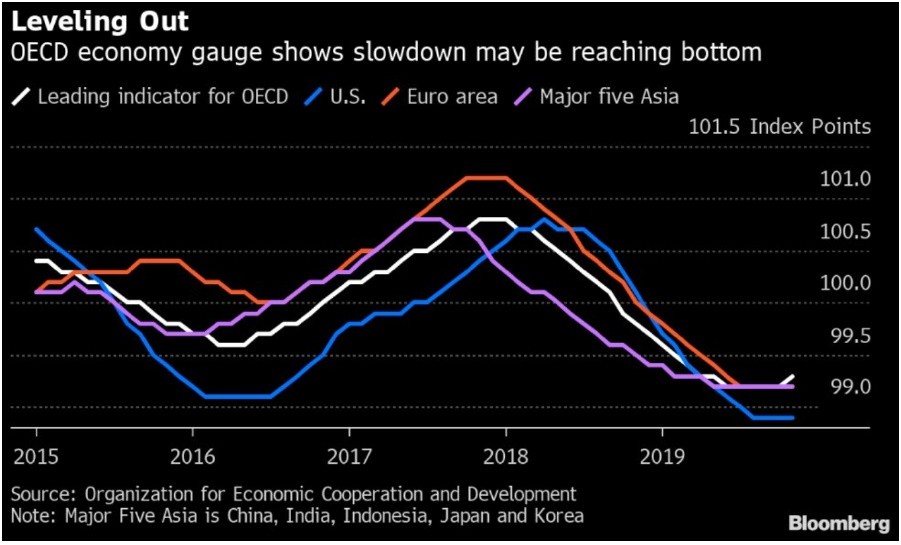 All Good From Here On Now?

Probably the most asked question these days if this Phase 1 deal now means companies and economies can get back to business rather than being interrupted by politics so to speak. In my eyes, the bigger issue is the imbalance of asset prices vs earnings or actual economic output. After all, the reality we live in now is one where the market cap per car sold of Tesla is more than 10x higher than Daimler. 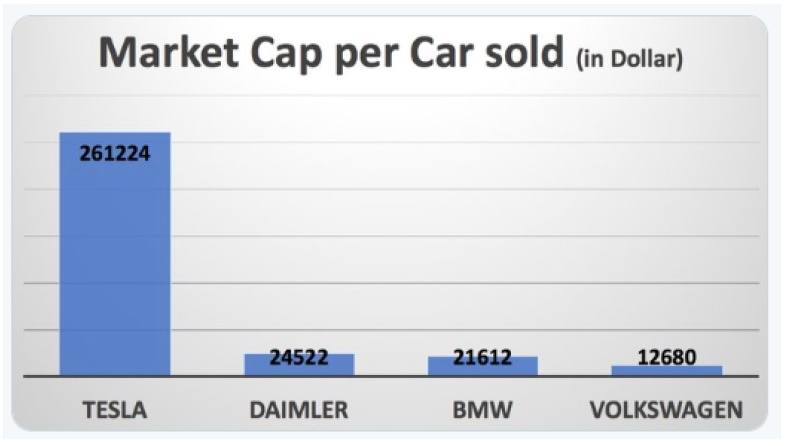 So, we should still give it some thought that we are having TOO HIGH valuations driven by central bank liquidity injections which eventually will have to be rebalanced. Dallas Fed's Robert Kaplan continues also to voice his opinion saying that he is actually worried about the impact of the FED policy on asset prices.

Pay attention to the retail sales out of the US later this afternoon for further input.

The USD has gotten a little weaker since yesterday yet within a very small range and continues to not necessarily show a trend in the big picture. So we have to look at the USD vs specific pairs for a higher chance of directional movement.

The EUR pushed further higher awaiting tonight's ECB Minutes which could include changes to the inflation targets which has been driving the EUR moderately higher. Watch for Lagarde's speech this morning to stay up to date with the developments here.

The GBP is showing resilience yet the weak inflation readings of yesterday are increasing the odds of a rate cut by the BoE on its next meeting and thus I would expect the Pound has room to weaken further to price in the increased chance of easing by its central bank.

The CHF dropped to 0.9630 yesterday and recovered back to the 0.9650 level. If we do not see the price recover beyond the 0.9660 level given the SNB possibly needing to show some moderation with its interventions due to the political pressure from the US being labeled as a currency manipulator could allow for a re-newed short entry in the Swissy.

JPY could find itself sold off further with the Phase 1 Deal put to bed for now. Especially the 110 level in the USD/JPY cross could become a very interesting one if a breakout succeeds to the upside, we could see the price run to 111-112 in rebalancing itself given it dropped from 115-114 when the whole trade war and particularly tariffs issue came up early 2019. 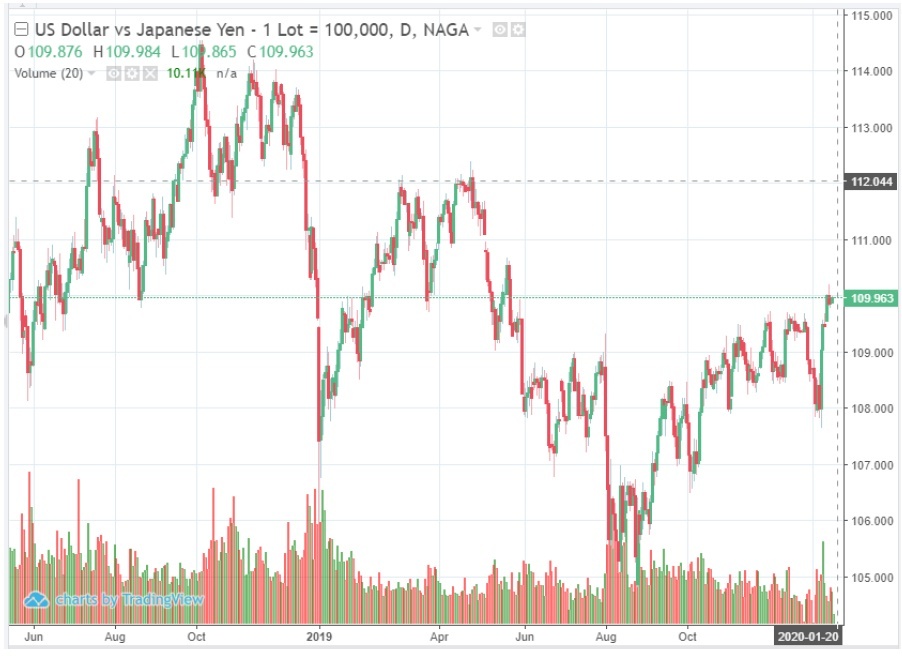 Oil and Gold and Platinum

Yesterday's EIA Crude Oil Stocks showed a draw and it helped the price to stick around the $58 level. After the big moves in Oil while the Iran crisis, it has now entered a quiet phase and we need to observe the next key levels broken before getting a clearer picture on a new trend, overall my outlook remains rather bearish in nature.

Gold actually rose yesterday but remains within the 2019 yearly high range between $1,540- $1,560. Similar to oil it is time to be patient now and watch the price unfold first before drawing the next conclusions.

Meanwhile Platinum is showing signs of its trend turning. Since Platinum is used in numerous industries a boost of the global economy on the back of the Phase 1 Deal could help Platinum see further buying interest 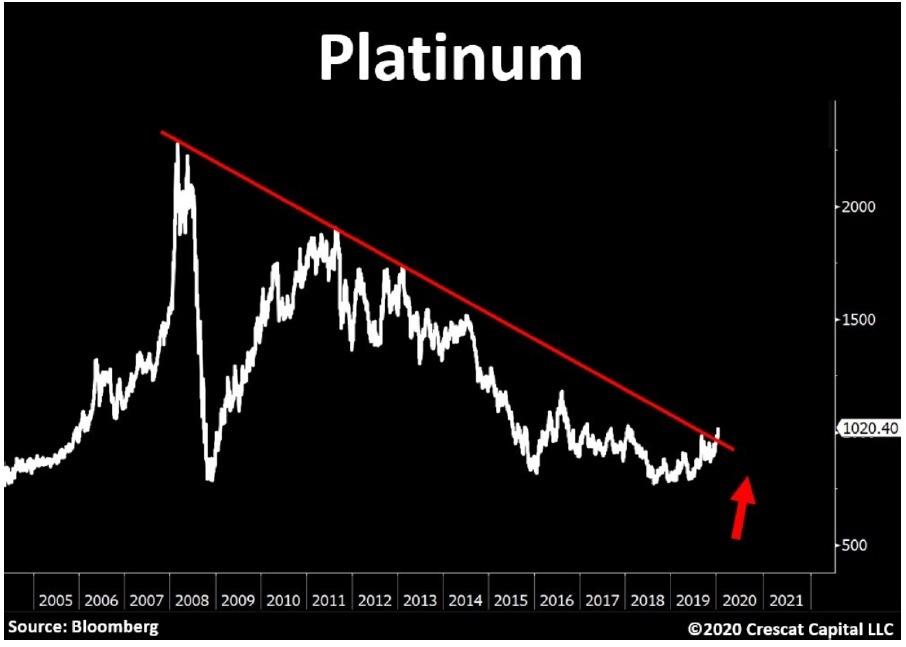 Bitcoin attempted to break the $8.8k level yesterday one more time and failed the second day in a row. Therefore, here as well we have not seen BTC capture a significant level just yet which would be a lot more evident if we saw the $9k sooner than later, otherwise, chances to retest the $8k round figure especially if we fall below the $8.5k grow.