The US Dollar has been appreciating against the Turkish Lira since the beginning of February when the exchange rate reversed from the psychological level at 5.2000.

As apparent on the chart, the currency pair is testing the resistance level at the 5.4800 mark. Given that the rate is being supported by the 55-, 100– and 200-hour SMAs, it is likely that some upside momentum prevails in the market. It is expected that the rate targets the Fibonacci 38.20% retracement at 5.8128.

It is the unlikely case that bears prevail in the market in the nearest future and the currency pair breaches the Fibonacci 61.80% retracement at 5.0298. 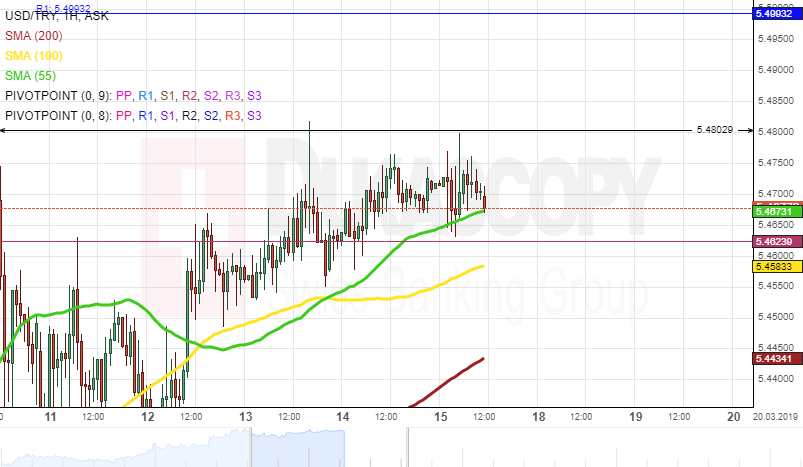 The USD/ZAR currency pair continued to go upside and reached the upper boundary of the long-term ascending channel at 14.55.

Currently, the exchange rate is testing the upper channel line. From a theoretical point of view, it is expected that the pair reverses south and targets the lower trend boundary. Important support level to look out for is the Fibonacci 50.00% retracement at 13.58.

However, given that the rate is being supported by the 55-, 100– and 200-hour SMAs, it is likely that a breakout north from the channel occurs in the nearest future. A possible upside target is the psychological level at 14.80. 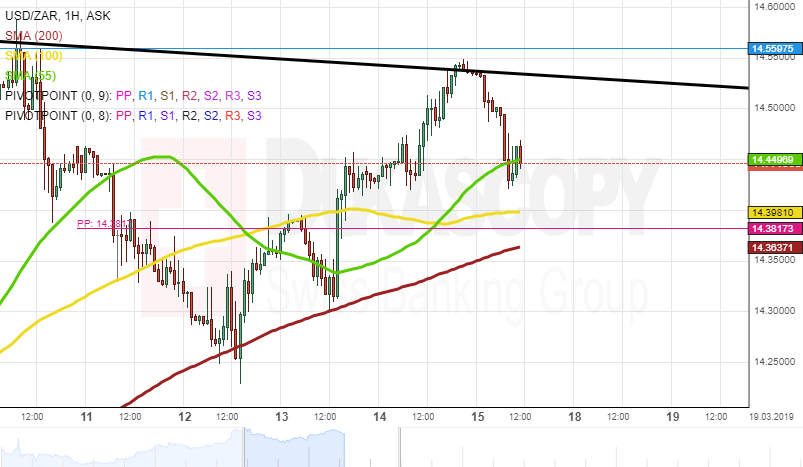