The US Dollar has declined by 1.72% against the Swiss Franc since April 1. A breakout occurred through the lower boundary of an ascending channel pattern during yesterday's trading session.

Given that a breakout has occurred, bearish traders are likely to target the 0.9200 level during the following trading sessions.

However, a support cluster formed by the weekly S3 and the 200– period simple moving average near the 0.9258 area could provide support for the USD/CHF currency exchange rate in the shorter term. 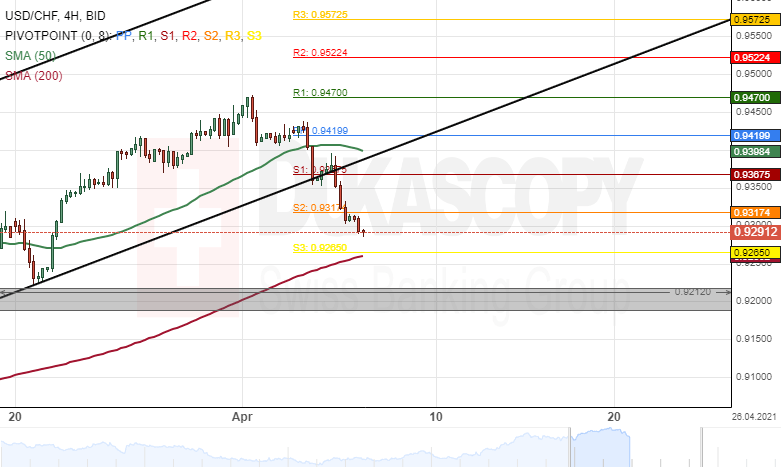 The common European currency has surged by 1.41% against the British Pound since the beginning of this week. The currency pair breached the upper boundary of a descending channel pattern during yesterday's trading sessions.

All things being equal, the EUR/GBP exchange rate is likely to continue to trend bullish during the following trading sessions. The potential target for buyers will be near the 0.8640 level.

However, a resistance cluster formed by the weekly R2 and the 200– period simple moving average at 0.8587 could provide resistance for the currency exchange rate within this week's trading session. 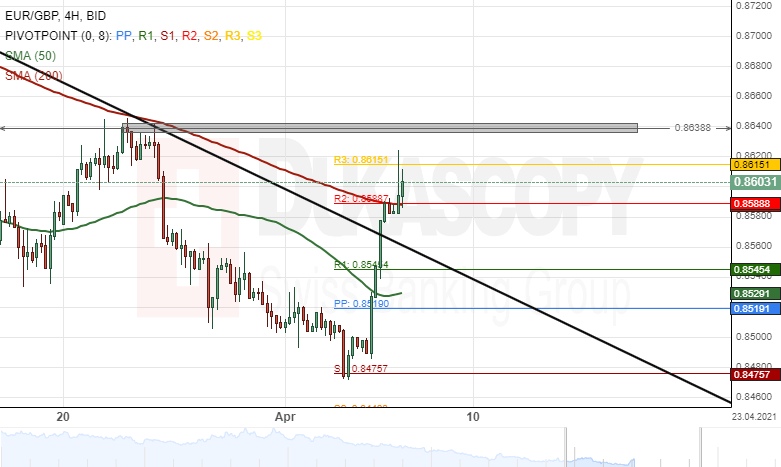