The British pound rose today even after the relatively disappointing UK services and composite PMI numbers. According to Markit, the country’s services PMI increased from 39.5 in January to 49.5 in February. This increase was slightly below the median estimate of 49.7. Similarly, the composite PMI increased from 41.2 to 49.6. The pound rose in anticipation of the budget speech due to be given by the Chancellor of the Exchequer Rishi Sunak. He will talk about the ongoing recovery and some of the government’s priorities going forward.

The euro rose after the mixed economic numbers from Europe. According to Markit, the region’s services and composite PMI increased to 45.7 and 48.8, respectively. This increase was slightly better than the median estimates of 44.7 and 48.1, respectively. In Germany, the services PMI declined from 46.7 to 45.7 while in France, it fell from 47.7 to 47.0. Further data from Europe showed that the producer price index (PPI) increased from 0.9% in December to 1.4% in January. These numbers show that inflation will keep rising in the near term.

The price of crude oil bounced back as the OPEC+ meeting went on. According to Reuters, this increase was because OPEC+ leaders are said to be considering rolling over oil production cuts from March to April instead of raising production. Analysts were expecting the leaders to commit to increasing production gradually. Later today, the price will react to the latest inventory data from the United States. Analysts believe that stocks declined by more than 928k barrels. However, this could be wrong considering that data by the American Petroleum Institute (API) showed that inventories rose last week.

The XBR/USD price rose to an intraday high of 63.62, which is substantially higher than yesterday’s low of 62.16. On the four-hour chart, the price is still between the lower and middle lines of the Bollinger Bands. The price is also slightly below the ascending yellow trendline while the Average True Range (ATR) has started to rise. Later today, the XBR/USD will be slightly volatile as traders wait for the final OPEC+ statement. 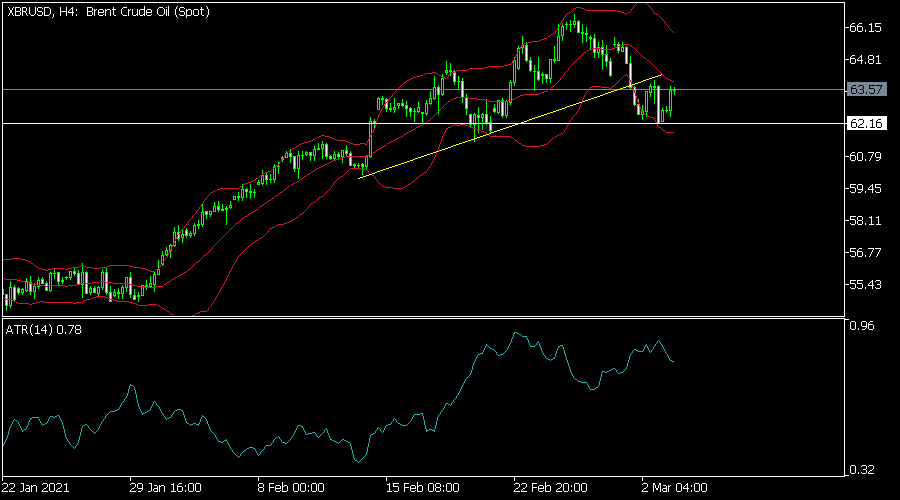 The EUR/USD pair rose to an intraday high of 1.2115 after the economic numbers from Europe. On the four-hour chart, the price has moved slightly above the short and medium-term moving averages. A closer look shows that it is forming a bullish flag pattern. Also, the signal line of the MACD has made a bullish crossover. Therefore, there is a possibility that the pair will continue rising as bulls target 1.2155. 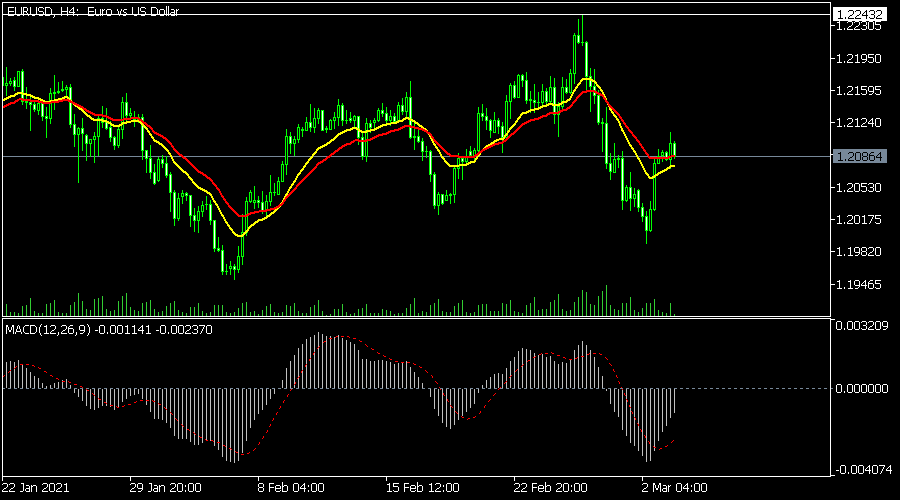 The GBP/USD pair rose to an intraday high of 1.400. On the hourly chart, the price managed to move above the 25-period exponential moving average. Also, it is also forming an inverted head and shoulders pattern. The signal and main line of the MACD pattern have moved upwards. Therefore, there is a possibility that the price will break-out higher in the next few days. 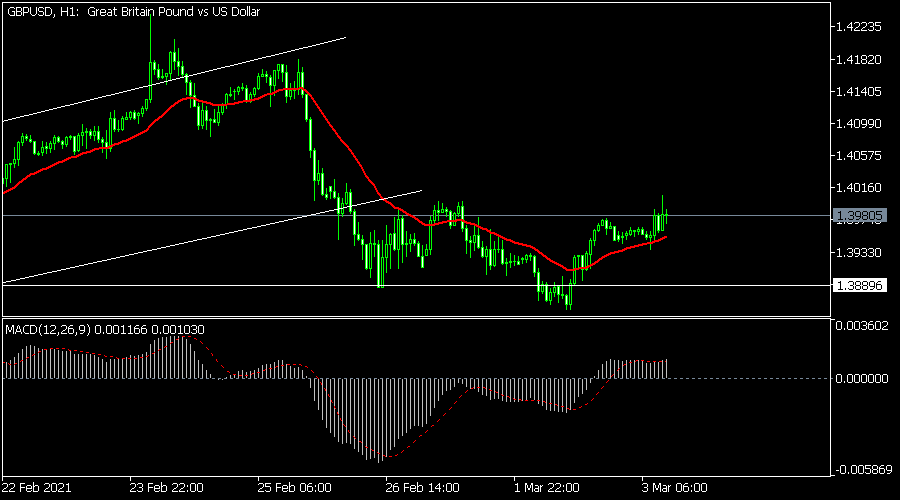