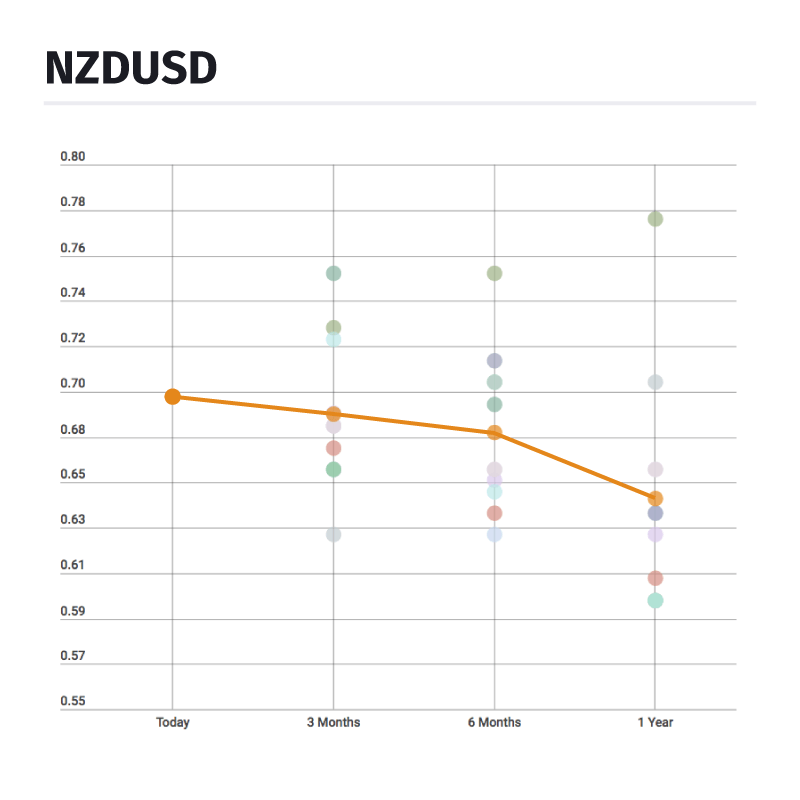 Lukman Otunuga: "The NZDUSD could be in-store for punishment this year if sellers exploit the rising Dollar to install repeated rounds of selling on the NZDUSD. Technically the pair is turning bearish on the weekly charts with a breakdown below the 0.6650 higher low sparking further selloffs"

Growth Aces Research Team: "For the NZD, the market has thrown the towel in terms of expecting any more rate cuts – and we agree. Inflation dynamics in New Zealand remain sluggish, but the bar for the RBNZ to lower interest rates is now likely to be high given the recent global steepening in yield curves and the RBNZ’s assessment that the economy in New Zealand is growing above potential and the fact that there is now a small positive output gap. Higher commodity prices should provide ongoing support for the currency from the fundamental side"

David Cheetham: "An overly optimistic domestic outlook masks potential problems for the Kiwi. Price has broken below rising uptrend that supported price for much of 2016"

Przemyslaw Kwiecien: "Somehow the market sees a pace of tightening in NZ matching that of US which simply does not make sense"