Lloyds will unveil third quarter earnings before the opening bell Thursday 31st October. These are the areas traders will be zoning in on.

Provisions for mis-selling PPI have been a key theme for British lenders this earning season. A surge of last-minute PPI claims prior to the August cut-off date will be reflected in Lloyds results and are expected to dent the bottom line.

In September Lloyds suspended its share buyback programme owing to the extraordinary PPI costs, which will have totalled £26 billion since the first claims in Q1 2011.

The extra costs have knocked the investment case for Lloyds, hitting return on equity, inhibiting the banks’ ability to build capital buffers and to distribute cash.

With the deadline of 29th August now behind us Lloyds should be able to draw a line in the sand over PPI.

The low interest rate environment has been less that conducive for UK banks, negatively impacting net interest income. Interest margins have also been under pressure amid increasing competition, particularly in the mortgage market. With net interest margins falling, profits are taking a hit.

With Brexit uncertainty still lingering and inflation falling, the next move by the BoE is more likely to be a rate cut than a rate rise. Potentially meaning more pressure on NII going forward.

Bad loan write downs are on the increase across the big 5 FTSE 100 banks, albeit at a low level. Investors and analysts alike will be keeping an eye on this. A continued increase could indicate that borrowers are struggling, a concern for Lloyds and the wider economy.

Brexit uncertainty is set to continue for some time yet. This means that Lloyds and the wider UK banking sector will continue to experience unpredictability. Whilst a no deal Brexit would be very damaging to Lloyds, the continual delay of Brexit is a drag on the stock.

Despite it’s fair share of headwinds, Lloyds is trading 12% higher across the year. It has rallied over 9% in the last 3 months as the chances of a no deal Brexit decrease. Lloyds on the daily chart trades above its 50 & 100 sma, and is just marginally below the 200 sma. 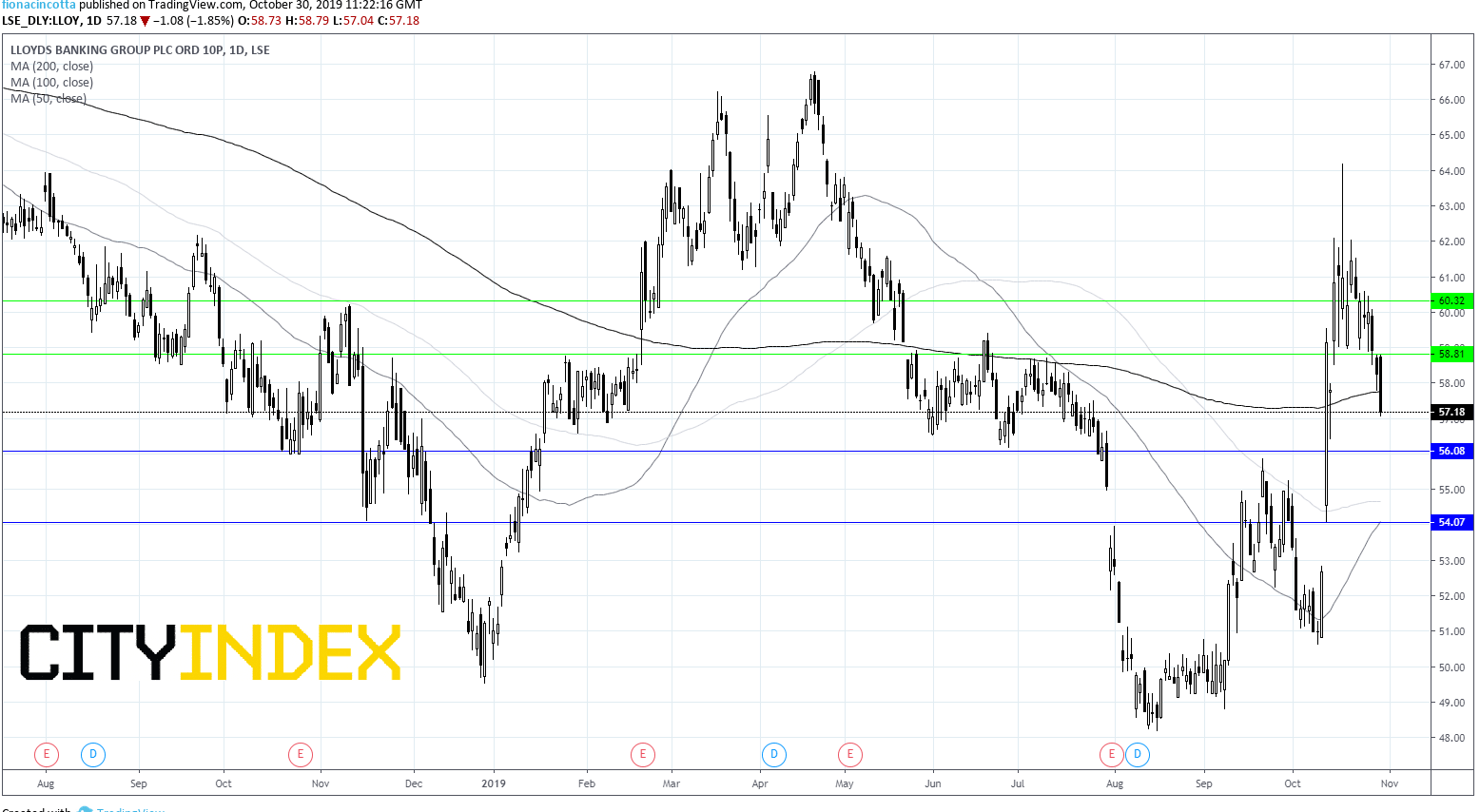