Risk-off may have taken a breather, but that doesn’t necessarily mean its over. And, looking at the price action on USD/JPY and USD/CHF, perhaps it’s time for another bout of risk-off.

The Japanese yen began to see inflows today whenJapan’s PMI contractedafter a 1-month hiatus ‘expanding’. Yet reports that Panasonic had halted component shipments to Huawei served as a reminderthat trade wars are still alive and well, despite it seemingly taking a breather.NZD/JPYwas the first to break its cycle low yet USD/JPY also warrants a closer look as it too could be breaking out of compression. 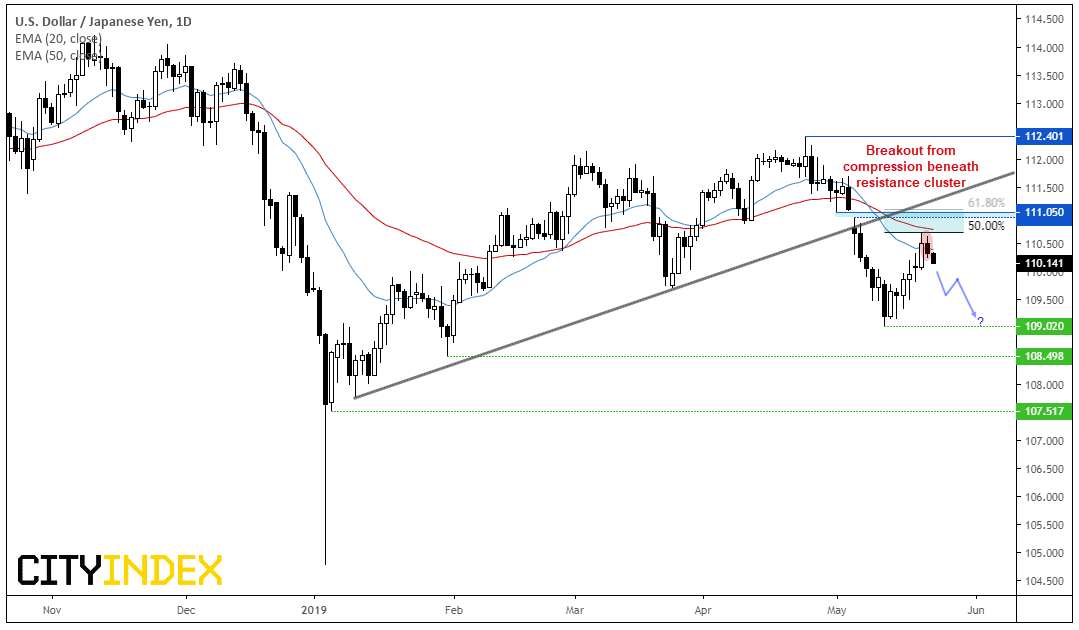 Whilst USD/JPY has recovered around 1.5% since the 109 low, this week’s high has stalled as a resistance cluster which comprises of the 50% retracement level, the 20 and 50-day eMA’s and weekend gap around 111.  Furthermore, today’s break of yesterday’s inside day shows prices breaking out of compression which can be a prelude to a larger move.  With 109.02 providing a lower low, perhaps we’ve seen the cycle high at 110.67 and price are to now head back and beyond the lows. Whilst we suspect the high is in, we remain bearish below 111.00 so will allow some wriggle room above Tuesday’s high and target 109.00 as an interim target. 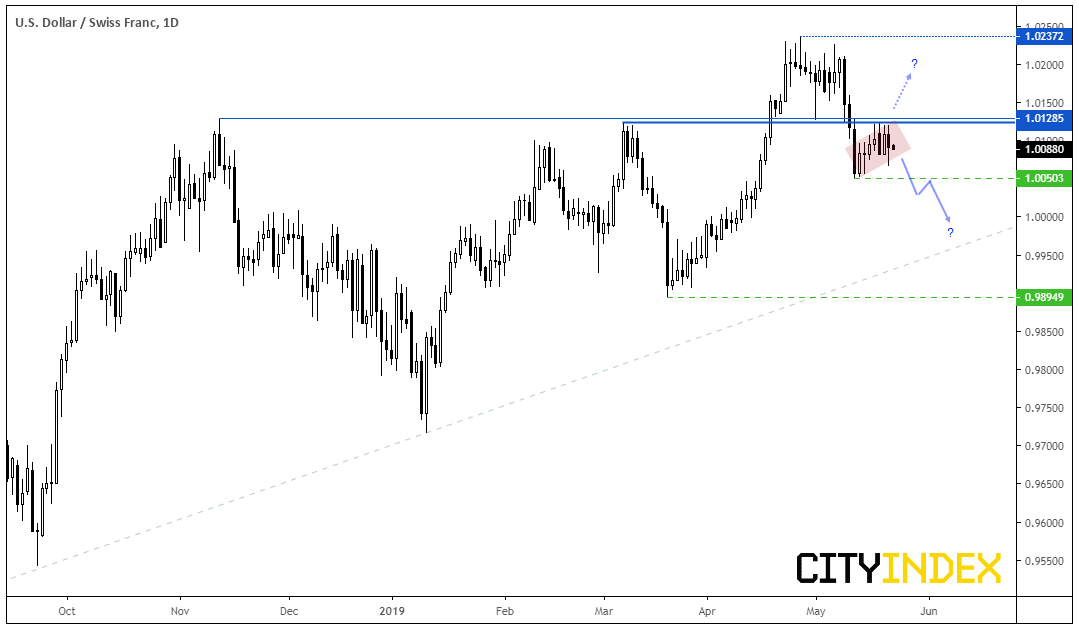 USD/CHF appears a little hesitant, although we have a clear line in the sand to invalidate the analysis: a break above 1.0128 puts it on the backburner. However, given the strength of the decline through this level and how prices are now forming a potential bear flag beneath key resistance, we’re looking for bearish momentum to return and signal its next leg lower. However please take note, the bearish flag bias is only a near-term consideration, given it is against the dominant trend.