Just like all good and bad things alike come to an end, so do “never-ending” rallies. Crude oil declined well over 5% today, which might mean that we already saw the end of the rally.

But did we certainly see it? Will crude oil be trading lower shortly? 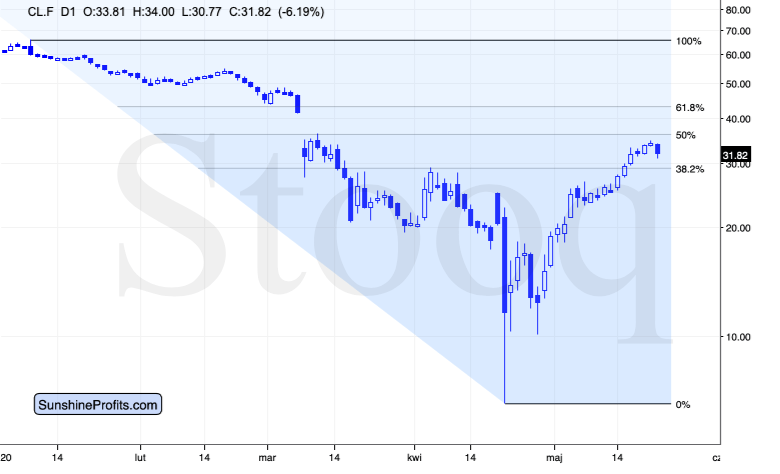 Crude oil reversed without moving to the 50% Fibonacci retracement. It did encounter a resistance, though. The resistance was the highest daily close that we saw in the first half of March, right after the huge price gap.

That (March 10th) closing price was $34.36 and crude oil closed at $33.92 yesterday, after temporarily rallying to $34.66. This means that crude oil attempted to move above the above-mentioned resistance, and that it had failed.

This is a bearish sign, especially since it was followed by a sizable overnight decline.

Still, it’s not a proof that the next sizable decline is already underway – not yet. The close below the 38.2% Fibonacci retracement would make subsequent declines very likely, but given that the 50% retracement and the intraday, mid-March highs were not reached, it seems that crude oil could still launch another intraday rally before truly topping. 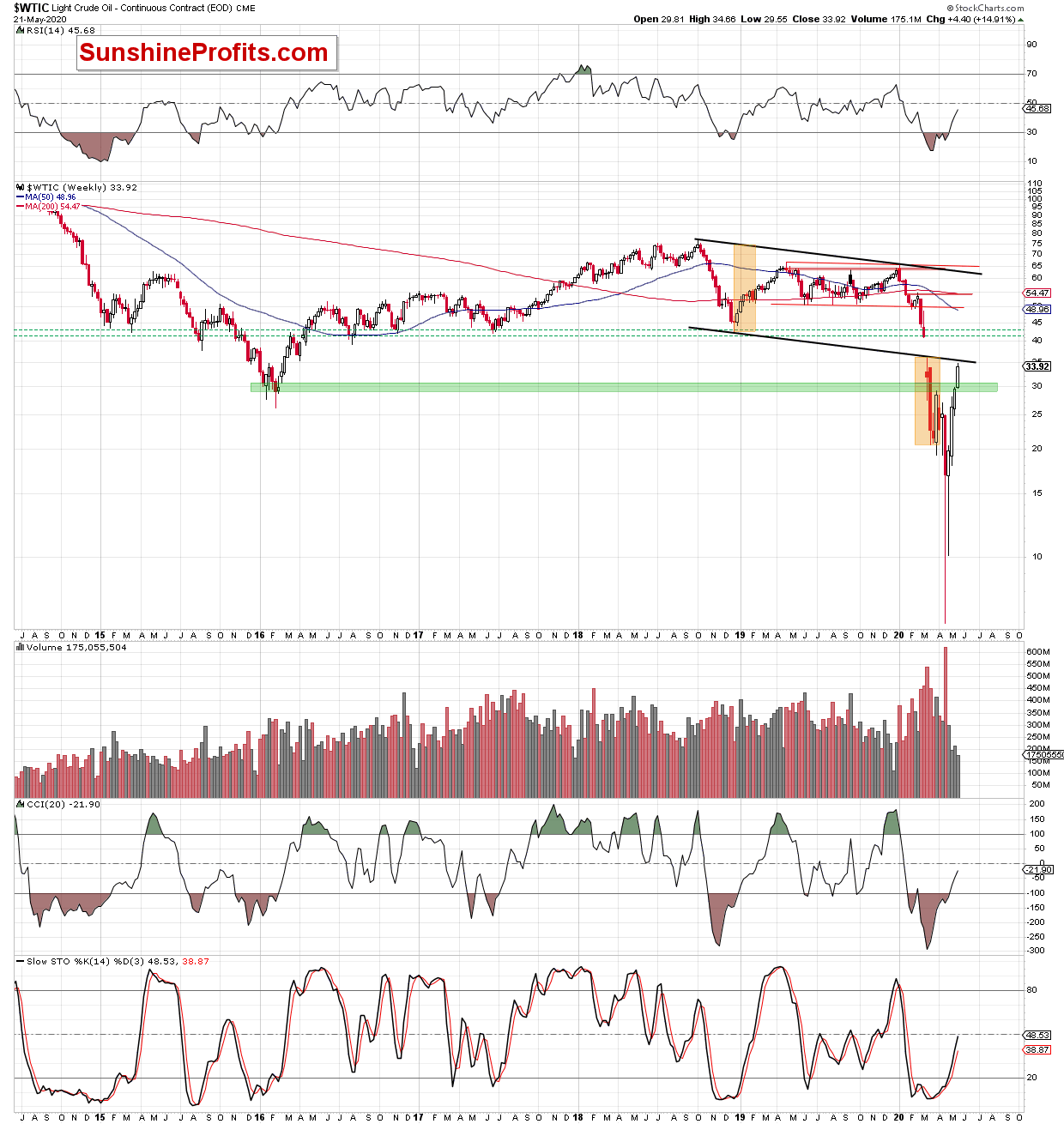