After ending the previous week on a firm footing, the XAU/USD pair continued to edge higher on Monday and reached a 10-day top of $1,770. Nevertheless, gold struggled to extend its rebound amid dollar resilience and formed a horizontal trading channel with a lower limit of $1,750. Although the pair broke above that channel on Friday and touched a 15-day high of $1,781 with the initial reaction to the disappointing September jobs report from the US, it retreated below $1,770 ahead of the weekend.

The risk-averse market environment at the start of the week helped the precious metal find demand. The ongoing energy crisis and heightened concerns over US lawmakers failing to come to terms to raise the debt limit caused investors to seek refuge. The only data from the US showed on Monday that Factory Orders increased by 1.2% on a monthly basis in August but this reading received little to no market reaction.

Reflecting the dismal market mood, the S&P 500 Index dropped to its lowest level since late July at 4,278 on Tuesday. However, the greenback also managed to outperform its rivals as a safe haven and capped XAU/USD’s upside.

On Tuesday, the ISM Services PMI arrived at 61.9 in September, compared to analysts’ estimate of 60, but this print got largely ignored by market participants. On Wednesday, the Automatic Data Processing (ADP) Research Institute announced that private sector employment in the US rose by 568,000, surpassing the market consensus of 428,000.

In the meantime, the US Senate passed the bill to raise the debt ceiling by $408 billion through November, easing concerns over a possible default. Moreover, Russian President Vladimir Putin said that they will be ramping up gas output to ease the pressure on energy prices in Europe and provided an additional boost to risk sentiment.

Although major global equity indexes gained traction in the second half of the week to mirror the positive shift witnessed in risk appetite, gold failed to make a decisive move in either direction as rising US Treasury bond yields supported the dollar. The benchmark 10-year US T-bond yield gained more than 3% on Thursday and reached its highest level in more than four months above 1.6% on Friday.

Finally, the US Bureau of Labor Statistics reported that Nonfarm Payrolls (NFP) rose by 194,000 in September. This reading missed analysts' forecast of 500,000 by a wide margin and triggered a USD selloff. However, the underlying details of the publication revealed that August's print got revised higher to 366,000 from 235,000 and the Unemployment Rate declined to 4.8% from 5.2%. The US Dollar Index, which dropped to a daily low of 93.94 after the NFP data, didn't have a difficult time rebounding above 94.00 and capped gold's upside.

There won’t be any high-impact data releases at the start of the week. On Tuesday, the August jobs report from the UK and the ZEW Survey from Germany will be featured in the European economic docket, which are unlikely to have a significant impact on XAU/USD’s movements.

On Wednesday, the US Bureau of Labor Statistics will release the Consumer Price Index (CPI) data for September. Investors forecast the annual CPI to tick up to 5.4% from 5.3% in August.

Even if the core inflation in the US turns out to be softer than expected in September, this report by itself is unlikely to change the market’s view on the Fed’s tapering plan. In fact, the market reaction to the September labour market report showed that the expectation for a reduction in asset purchases remains intact. Moreover, investors could opt out to remain on the sidelines before the FOMC published the September Meeting Minutes later in the day.

On Thursday, the US Department of Labor’s weekly Initial Jobless Claims data will be looked upon for fresh impetus ahead of Friday’s Retail Sales report, which is anticipated to show a modest contraction in September. 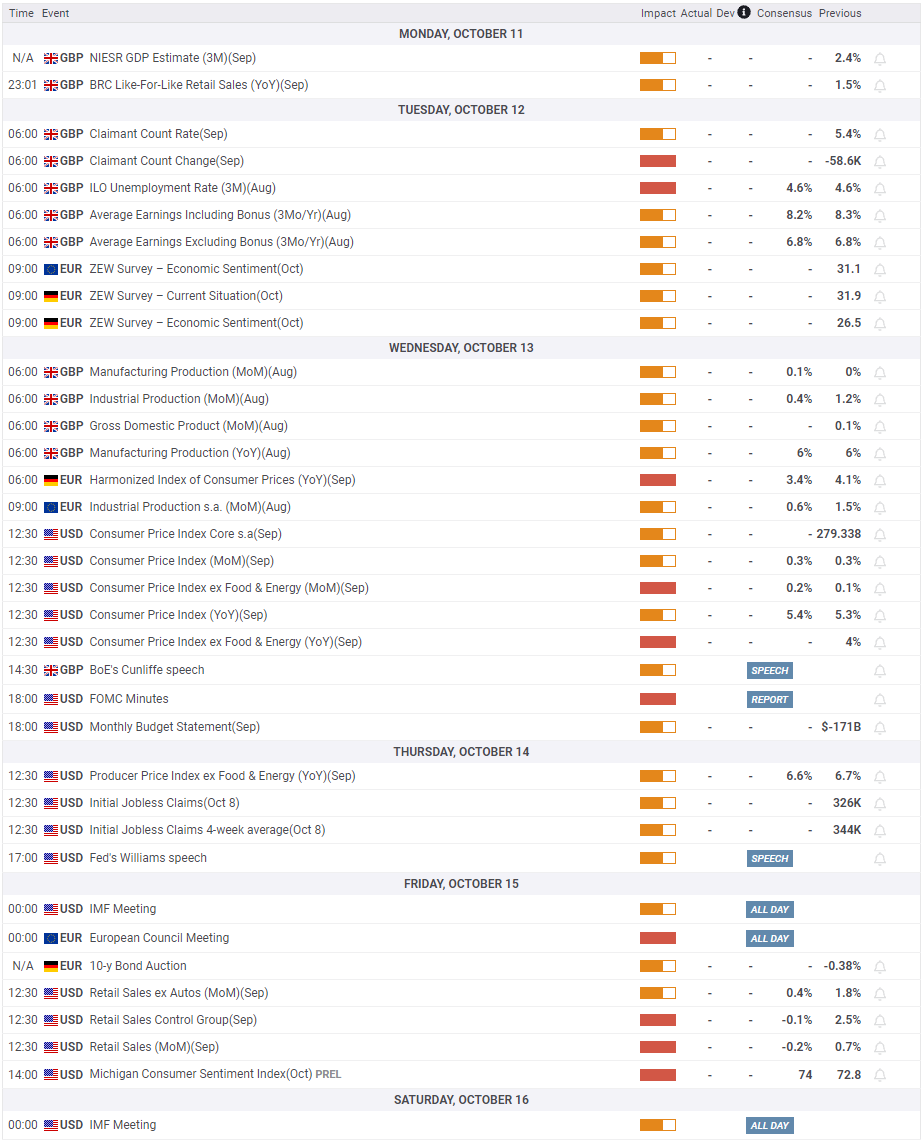 The technical outlook remains bearish with gold failing to break above the 20-day SMA for the 18th straight trading day. Additionally, the Relative Strength Index (RSI) indicator on the daily chart stays slightly below 50, confirming the view that sellers are looking to remain in control of XAU/USD's action.

The FXStreet Forecast Poll points to a slightly bullish bias in the near term with the one-week target sitting at $1,767. The one-month view paints a mixed picture with 33% of experts holding a bearish view against 42% bullish. Furthermore, the average forecast of $1,747 points to analysts' indecisiveness for the one-month time frame. 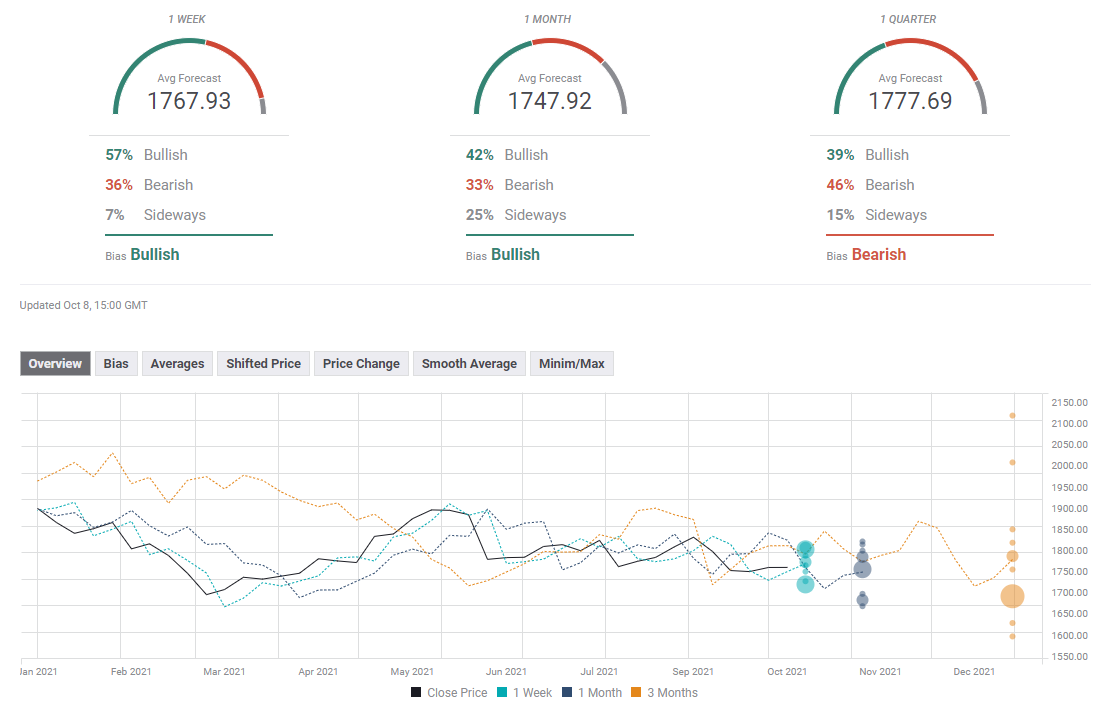