The XAU/USD pair started the new year on a firm footing and rose more than 2% on the first trading day of 2021. The pair preserved its bullish momentum during the first half of the week and touched its highest level in nearly two months at $1,959 on Wednesday. However, gold staged a sharp U-turn and closed the week with heavy losses below $1,850 as the sharp decline amid rising US Treasury bond yields dragged the price below key support levels and triggered additional technical selloffs.

The selling pressure surrounding the greenback that intensified in the last week of 2020 remained intact earlier in the week and helped XAU/USD push higher. The US Dollar Index (DXY), which tracks the USD’s performance against a basket of six major currencies, slumped to its worst level in more than two years at 89.20 on Wednesday to reflect the broad-based USD weakness.

However, the buck gathered strength in the second half of the week on the back of soaring US Treasury bond yields and forced XAU/USD to reverse its direction.

With the runoff election in Georgia paving the way for a Democratic majority in the US Senate, investors started to price in additional government spending. The initial market reaction provided a boost to US stocks as well as Treasury bond yields. The benchmark 10-year US T-bond yield rose more than 15% in the last three trading days of the week and marked its highest level since March at 1.124% on Friday. The DXY capitalized on surging yields and advanced beyond 90.00 for the first time in a week.

Meanwhile, key macroeconomic data releases from the US painted a mixed picture. The ISM Manufacturing PMI in December came in at 60.7 to show that the business activity in the US manufacturing sector expanded at its strongest pace since August 2018. Similarly, the ISM Services PMI improved to 57.2 from 55.9 in November and beat the market expectation of 54.9 by a wide margin.

On a negative note, the monthly report published by the Automatic Data Processing (ADP) Research Institue revealed that employment in the private sector declined by 123,000 in December. Finally, the US Bureau of Labor Statistics' monthly report showed that Nonfarm Payrolls in the US declined by 140,000 and the Unemployment Rate remained unchanged at 6.7%.

The Federal Reserve’s December Minutes didn’t offer any surprises or fresh insights into the policy outlook. Policymakers reiterated that they could assess potential changes to the duration or the amount of asset purchases if needed while pointing out that the path of the economy depends on the course of the virus.

The Consumer Price Index (CPI) report from the US on Wednesday will be the first significant data that could impact the USD’s market valuation. Although the Fed uses the Personal Consumption Expenditures (PCE) Price Index as its preferred gauge of inflation, a lower-than-expected reading could hurt the greenback.

On Thursday, Retail Sales and Initial Jobless Claims figures from the US will be looked upon for fresh catalysts. Finally, fourth-quarter GDP data will be featured in the Chinese economic docket on Friday ahead of the University of Michigan’s US Consumer Sentiment Index. Nevertheless, investors will keep a close eye on the performance of US T-bond yields and XAU/USD could find it difficult to turn north if yields continue to edge higher. 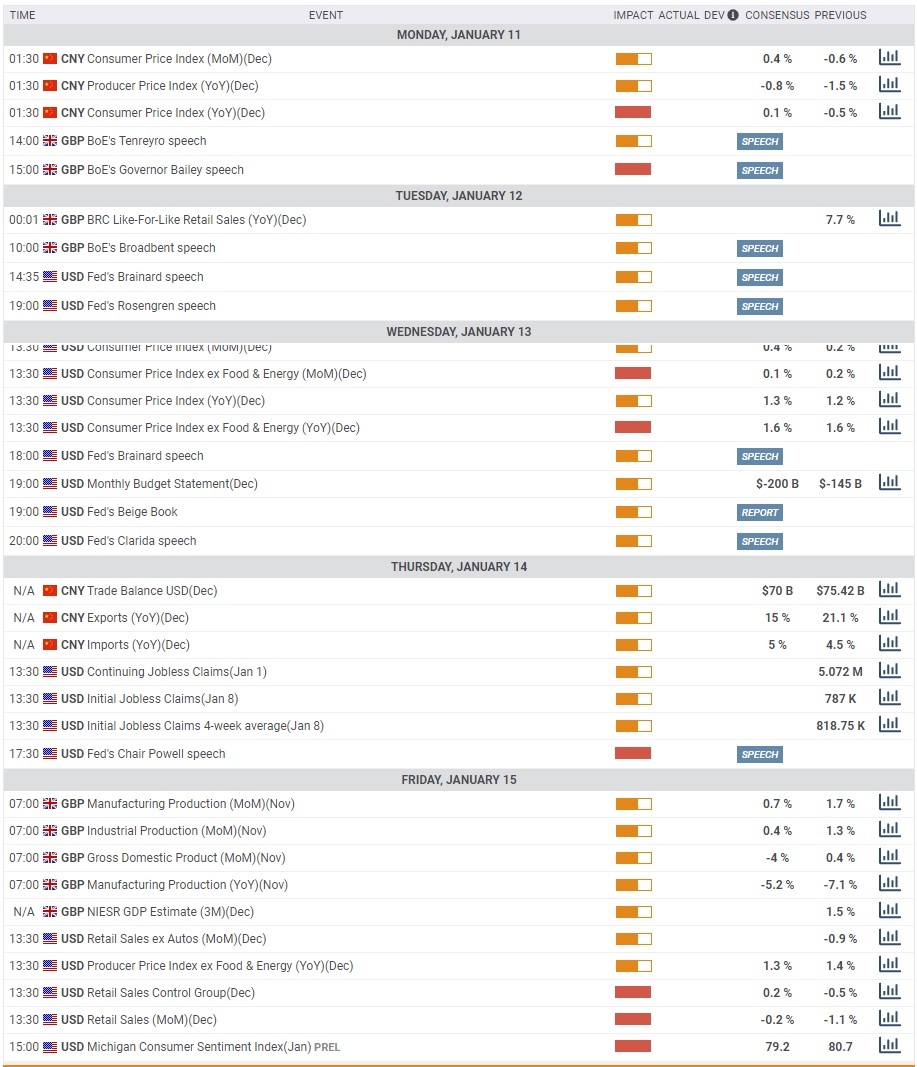 The ascending trend line coming from early December acted as strong support on Wednesday and Thursday. However, Friday's selloff caused the price to break below that line on its way to a fresh two-week low of $1,839. During that move, XAU/USD cleared the 100, 20 and 50-day SMA levels as well. Moreover, the Relative Strength Index (RSI) indicator on the daily chart slumped to 40, confirming the bearish shift and suggesting that there is more room on the downside before the pair becomes technically oversold.

On the downside, the 200-day SMA at $1,840 aligns as the next critical support. With a daily close below that level, the price could target $1,820 (static support) ahead of $1,800 (psychological level/static support).

Despite the near-term bearish outlook, the FXStreet Forecast Poll shows that experts see gold rebounding above $1,900 next week. The one-month outlook paints a mixed picture with an average price target of $1,893. 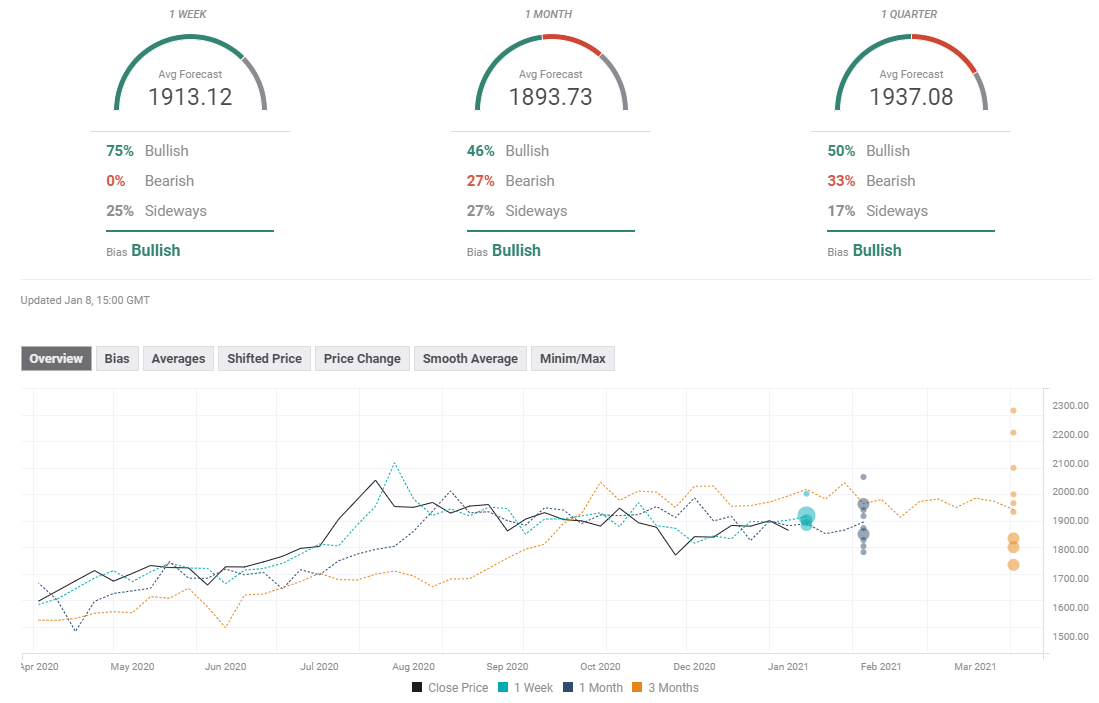