Yesterday’s slightly weaker US inflation data weighed on the dollar and this helped to maintain the recent short-term bullish trend for the buck-denominated precious and some base metals like copper. The metals have extended their gains this morning, with gold hovering just above $1300 and silver trading around $15.50 per ounce.

The fact that more central banks turned dovish last week is a positive sign for metals. As government bond yields have been depressed further, this has boosted the appeal of low and noninterest-bearing assets such as gold and silver. Meanwhile, the Bank of Japan will be making its policy decision on Friday. It is difficult to see how the BoJ will get any more dovish, but it will do its best to keep the yen under pressure given the recent moves by other major central banks. If the BoJ remains dovish, then this should keep the metals supported.

But right now, the focus is firmly fixated on Brexit and after last night’s “meaningful vote” in UK parliament saw the government defeated again. Uncertainty from this source has not impacted the global stock markets much, but it may have provided some tailwind to safe-haven assets.

Technically, gold needs to reclaim that pivotal $1300 level in a decisive way before we can talk bullishly about prices again, and so far, it is doing a good job at that. The bulls have done well to defend that key support zone around $1285 we had highlighted previously HERE. Gold is now heading towards the next potential resistance around $1313, a former support level. The next point of reference above this level is at $1326, followed by this year’s high at $1346/7. Now that we are back above $1300, this level has resumed its role as being the first key support level to watch. If this level were to give way again then, in this case, we could see a more significant sell-off this time around. 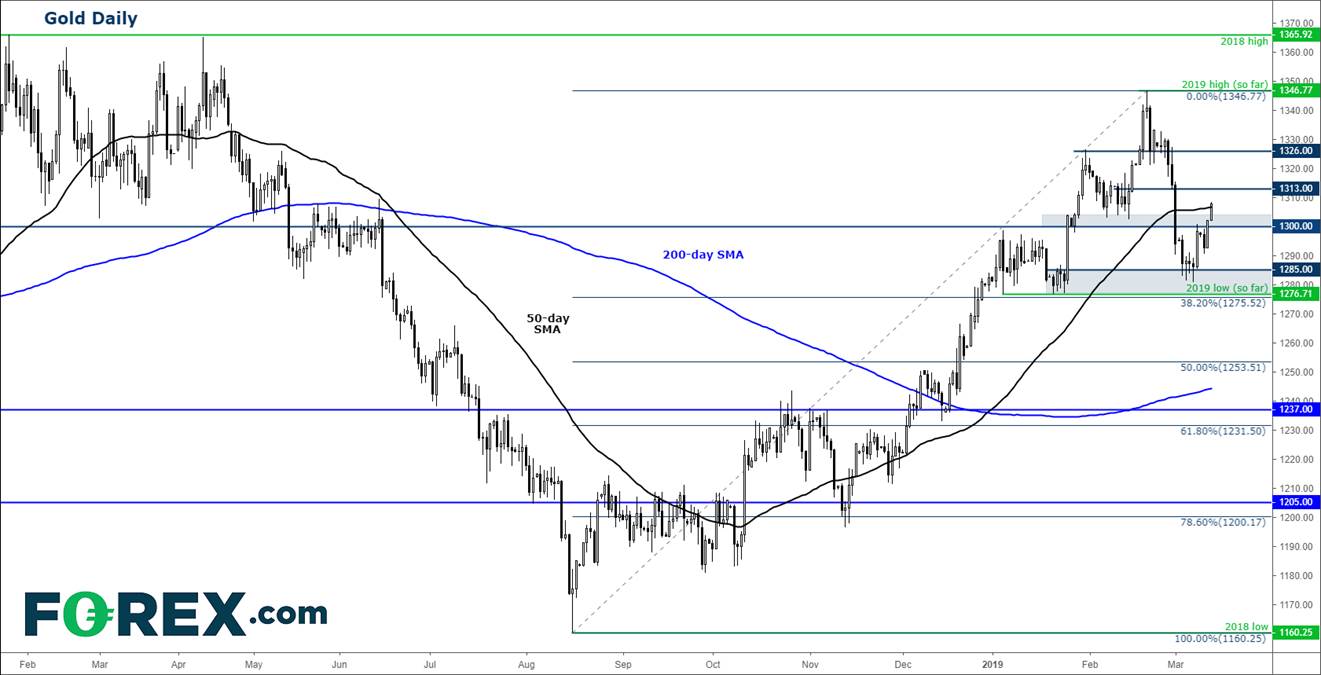