Gold has been light in terms of volatility over the past two weeks, sliding sideways within a tentative downward sloping channel that remains intact since early September.

The momentum indicators continue to suggest a neutral-to-bearish bias for the short-term as both the RSI and the MACD have yet to show a clear direction in the bearish area, with the former ranging below its 50 neutral mark and the latter holding flat around its red signal line.

A downside reversal in the price could initially retest the area around 1,445, which is the 38.2% Fibonacci of the upleg from 1,266 to 1,556 and a support level in previous sessions. Below that barrier, traders would be interested to see whether the channel is able to limit the selling pressure. If not, the 50% Fibonacci of 1,411 could come in defence before attention turns to the 61.8% Fibonacci of 1,380.

Alternatively, a move above the 20-day simple moving average (SMA) that has been quite restrictive recently could stall near the 1,480 barrier. Running higher, the bulls would aim for a rally above the channel and if their efforts prove successful this time, with the price surpassing the 1,515-1,535 resistance zone too, then the next battle could start around the 6 ½-year high of 1,556.

Meanwhile in the three-month picture, the yellow metal keeps pointing downwards, with the falling 50-day SMA reducing the odds for an outlook improvement.

Summarizing, gold is likely to trade neutral-to-bearish in the short-term, while in the medium-term picture conditions also look discouraging for now. 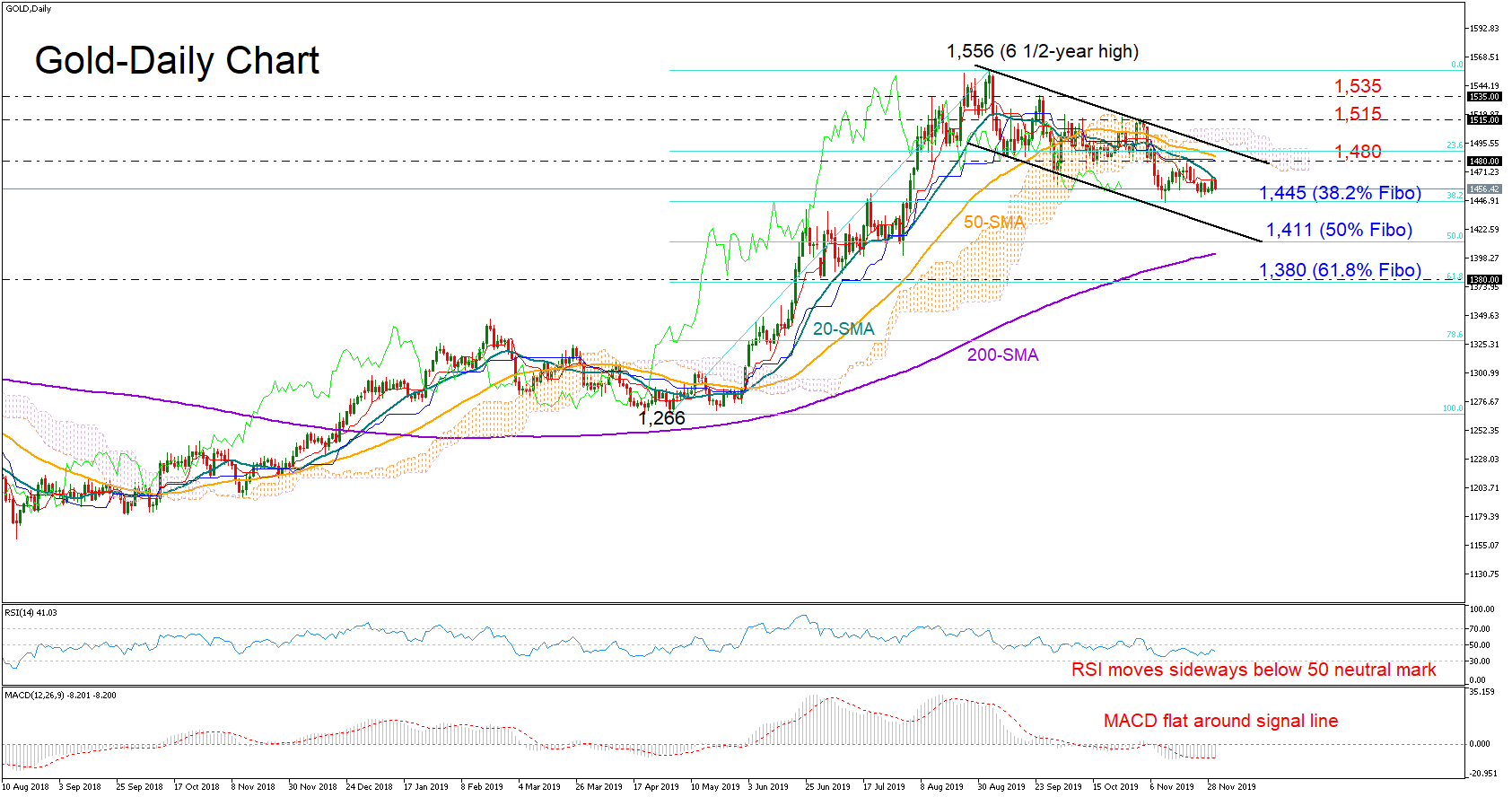