Wall Street is moving higher as the trade sensitive risk on/off switch has been moved back to “on” following upbeat developments on US-China trade. Specifically, White House adviser Kudlow said talks are in the final stages. Also, China ended a nearly five-year ban on imports of US poultry meat. The USA30 is up 0.4%, the USA500 has improved 0.3% and the USA100 has climbed 0.6%. European shares are firmer as well, with the Euro Stoxx up 0.3%, the German GER30 0.2% higher and France’s FRA40 0.4% in the green.

The outlier remains the UK100, spooked earlier today by reports a Labour government would nationalize the network infrastructure side (Openreach) of BT.  Sterling remains bid on polling intentions and news the Brexit Party have stood down (or are not standing candidates) in 43 seats the Tories came second in at the last General election in 2017. Cable rallied to a 10-day high as the news broke to 1.2917. 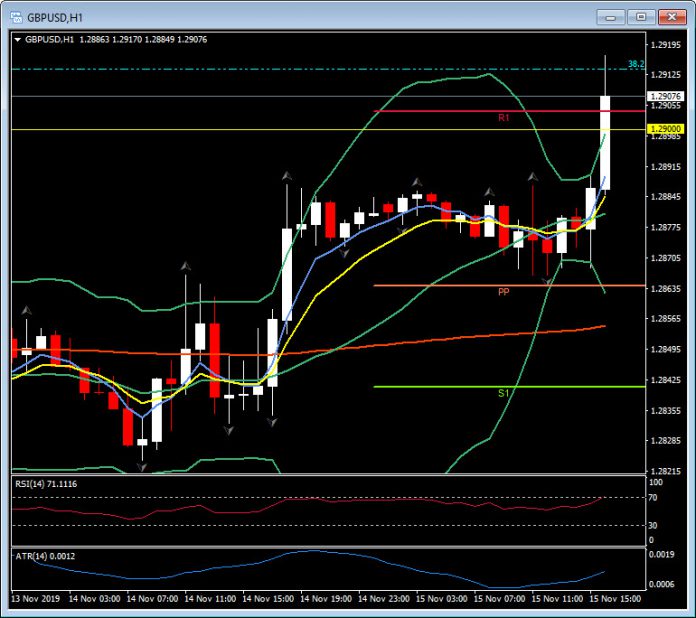 In a broader context the Pound continues to trade with about a 8-9% discount in broad trade-weighted terms since the UK’s vote to leave the EU in June 2016. A 15%-plus discount was being registered at the major trend lows seen in mid August when markets were in a state of angst with regard to what had then been looking likely a real possibility that the UK would leave the EU on October 31 in a disorderly fashion without a deal on divorcing terms or a framework for a new trading relationship with the EU. Political campaigning in the UK continues with just under four-weeks to go until the December-12 general election. Politico’s poll tracker shows the Conservatives command 39% support, up 3 points over the last two weeks and up from 28% at the time Johnson took over from Teresa May in late July. The Conservatives look well positioned to win the election and return to Parliament with a majority. That in turn implies Brexit being implemented in January. The main threat to Johnson is a possible coalition between Labour and the LibDems, which currently have a combined support tally of 45%, which is up a point this week. Tactical pacts between smaller pro-EU parties will also be aiming to counter the pro-Brexit vote. 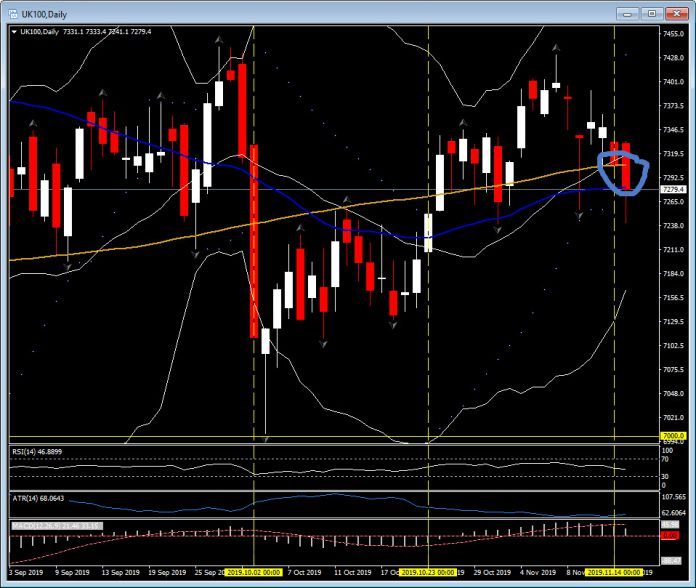